A month after the celebration of the extraordinary congress that elevated the president of the Community of Madrid, Isabel Díaz Ayuso, as leader of the Popular Party in the region, the new leadership has already been activated in electoral mode. 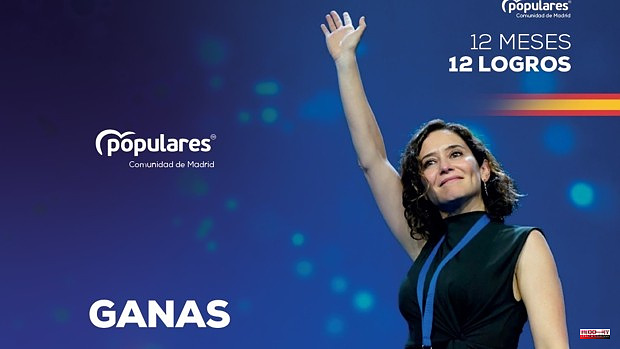 A month after the celebration of the extraordinary congress that elevated the president of the Community of Madrid, Isabel Díaz Ayuso, as leader of the Popular Party in the region, the new leadership has already been activated in electoral mode.

Although the municipal elections are a year away, this week an information campaign will be launched based on the distribution of two brochures in districts and municipalities: one with twelve Ayuso achievements in the last twelve months at the head of the Community of Madrid and another denouncing the grievances to which he considers that the government of Pedro Sánchez is subjecting him.

The regional headquarters will have 10,000 units to distribute them in the capital

These two campaigns are part of the work that the new general secretary of the popular Madrid, Alfonso Serrano, is already carrying out in order to prepare the party so that after the summer "he is ready to face the electoral challenges," according to ABC sources of this political formation.

In the brochure of Ayuso's achievements, the Community is referred to as a "freer space, with fewer taxes and more opportunities", which defends "educational freedom" and "commitment to life and families". In the grievances, he highlights that "Sánchez wants to suffocate the people of Madrid with more taxes" and "displace the institutions outside of Madrid."

Today, Serrano's team is "in the midst of analyzing the organizational situation of the party, of the local structures, of the municipalities and of all the teams."

One of Ayuso's pending issues is the profound renewal of New Generations, which has already advanced that he wanted to change when he assumed the presidency of the Popular Party of Madrid. Likewise, the party is preparing the ideological convention that the president also announced for the end of September or October, and that will serve as the basis for drafting the electoral programs.

1 The hydraulic works of Madrid Nuevo Norte will start... 2 Three million euros and almost a hundred performances... 3 Drama in the kitchens of the Candidates: Caruana's... 4 “In four days my life has completely changed” 5 False eyelashes: user manual to enhance the look 6 Andorra becomes the world capital of high mountain... 7 A judicial setback endangers the distribution model... 8 The tragic life of Laskovyi May, the 'Soviet... 9 The President of the Government, Pedro Sánchez, when... 10 Biden will ask Sánchez today to double defense spending 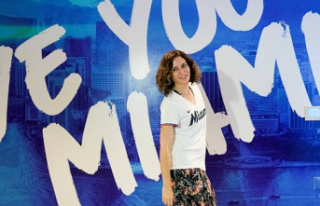 The hydraulic works of Madrid Nuevo Norte will start...