The Madrid-Extremadura AVE stops in the province of Toledo

The high-speed train line that will link Madrid with Extremadura -for the time being, since Portugal has ruled out for now that it will reach Lisbon- is one of the most anticipated infrastructures, not only for its own use, but as a great alternative to replace the current conventional line, typical of other times due to its unfortunate state and its permanent incidents that cause unacceptable delays. 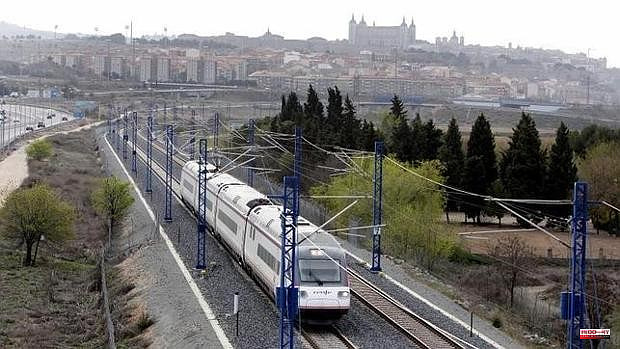 The high-speed train line that will link Madrid with Extremadura -for the time being, since Portugal has ruled out for now that it will reach Lisbon- is one of the most anticipated infrastructures, not only for its own use, but as a great alternative to replace the current conventional line, typical of other times due to its unfortunate state and its permanent incidents that cause unacceptable delays.

However, this necessary communication infrastructure has been colliding with multiple setbacks that are causing delays in the approval and execution of several of its sections as has rarely been known in the history of infrastructures, according to sources close to the Ministry of Transport.

In addition, there is a comparative grievance between the two autonomous communities that it will cross, Castilla-La Mancha and Extremadura.

In the latter, the projects of the different sections, ending in Badajoz, are already carrying out works in their different phases. In contrast, in the province of Toledo not a single centimeter of land has been moved in the long route that the AVE route will cross from east to west. As if the AVE had gone off the road in Toledo territory.

Sources close to the project have told ABC in this regard that in Extremadura "all projects are launched." There are sections with the platform almost configured for the assembly of tracks, electrification and catenary works, security installations or necessary buildings along the entire route. Quite the opposite of Toledo, where everything is stopped and, what is worse, subject to possible modifications and political and social pressures. This aspect has been noted in recent weeks in the debates both in the plenary session of the Talavera City Council and last week in the Cortes of Castilla-La Mancha. There is agreement on what Toledo and Talavera need, but the vision is different from the opposition parties than from the government party, in this case the PSOE both in the central government and in the regional and municipal governments. The facts will put everyone in their place.

Meanwhile, the Ministry of Transport is still waiting to rule on the two main obstacles that have arisen since it announced its proposal for the Madrid-Extremadura AVE route, an issue that prevents going ahead with the project. This paralysis focuses on the allegations presented from the two most important cities in Toledo through which this railway line will pass, Toledo and Talavera, although with differences.

In the case of Toledo, the ministerial layout proposal involved a second station opposite the current Santa Bárbara station and the passage of the track through the entire Tagus valley, crossing part of the city by the Salto del Caballo, well at ground level. or underground. This option originated a practically unanimous protest due to patrimonial and landscaping issues. Faced with this option, a station further away from the center of Toledo has been proposed, in the Polígono neighborhood, so that the track would also not pass through the Salto del Caballo area.

The allegations to this option raised by the City Council and other instances were admitted by the Ministry of Transport, which at the beginning of last December decided to extend the informative study for another six months, so that in theory, once in this month of June marks the end of the given extension, the ministry must already put on the table the option of the AVE as it passes through the capital of Toledo, that is, if it maintains the initial option or accepts the new proposal.

In the case of Talavera, there is also a general request from the different institutions, parties and associations, although with their particular confrontations, in favor of burying the road as it passes through the city, since the latest project does not contemplate and in that case it would divide the city in two. The movements in favor of burial, which is largely centralized by the SOS Talavera association, demand that "the Ministry of Transport and Urban Agenda, the Castilla-La Mancha Community Board, the Talavera de la Reina City Council and Adif comply with the burial agreement of the train tracks as it passes through Talavera de la Reina signed in 2007, no more and no less than 15 long years ago». To continue pressing in this regard, SOS Talavera has summoned the citizens of the "Talavera lands" to a demonstration at the city's railway station for this coming Sunday, the 12th.

Those familiar with the project point out that the ministry's project published at the time proposed the crossing of the AVE through Talavera through two very similar options that run at ground level, but not underground, which would be more expensive but it is feasible to execute to prevent the road split the city in two (“a scar that will last as a social and economic ballast for future generations”, according to SOS Talavara). In any case, a study of this possible burial will determine the possible impediments, such as the level of the water table or discoveries, as occurred in Córdoba. The problem is that in the case of Talavera nothing has been studied in this regard.

The sources consulted by ABC have pointed out the historical exceptionality in the delay of the works when undertaking a communication infrastructure of this type. In his opinion, this project, which is "anchored in Toledo and Talavera", has no comparison with other previous cases in the sense that "it is extended so much, since as a general rule a year after its publication they usually go ahead. Now, after the six-month extension given for the Toledo case, the new project with the environmental impact report must go out to public information and give the legal time for possible allegations.

The most burdensome part of the case is that these allegations in both cities affect all the sections of the province of Toledo, so the same sources point to the possibility that if the rest of the sections do not have any objections, they could be developed and start the works in them, that is to say, that at least the stoppage in those sections be released. The somewhat unusual fact of taking out the execution contest in sections also stands out.

1 Full transcripts of Face the Nation starting in 2022... 2 Massacre of Catholics in Nigeria in the middle of... 3 Buxade (Vox), "We are going demand the PSOE,... 4 Nadal does not give up on his foot injury: "We... 5 Wales snatches world dream from Ukraine 6 "The best tennis player in history is called... 7 Inmaculada Nieto promises taxi driver that their government... 8 Burgos says goodbye to the Jubilee Year and closes... 9 Abadía Retuerta LeDomaine celebrates its tenth anniversary... 10 Banville announces in Valladolid that his next novel... 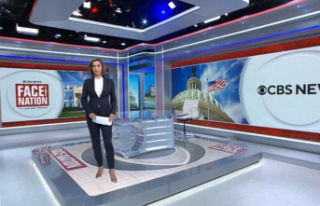 Full transcripts of Face the Nation starting in 2022...