The Madrid City Council will act on 11,000 elm trees in the capital to control the galeruca plague

Stop the inconvenience caused to citizens by small beetles that live in elm trees. 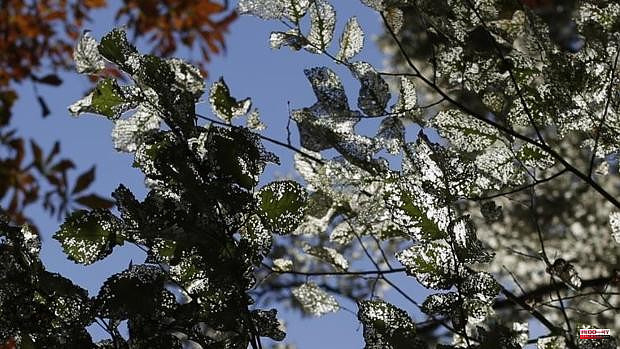 Stop the inconvenience caused to citizens by small beetles that live in elm trees. That is the main objective of the pest control campaign promoted by the Madrid City Council, which will seek to put an end to the expansion of the galeruca in the capital, prioritizing actions on those trees that are closest to homes, residential areas or centers. public.

The delegate of the Government Area for the Environment and Mobility, Borja Carabante, accompanied by the councilor-president of the Salamanca district, José Fernández, visited Doctor Gómez Ulla street this morning, next to the Eva Duarte park, to see how The treatment that this year will reach about 11,000 elm specimens is applied.

Luckily, the proliferation of this beetle does not affect people's health, but the high populations it reaches represent significant inconvenience for citizens, especially in the summer when windows are usually open.

The removal work will begin on these dates, when the leaves have already sprouted from the trees, and will last until late summer or early autumn. As indicated by the Consistory, these tasks will be included in the comprehensive contract for maintenance, conservation and cleaning of green areas and road trees.

The treatment used for its elimination is carried out exclusively by endotherapy, with the aim of avoiding the problems derived from fumigation, without generating any residue in the environment. The method consists of making a small hole in the trunk of the specimen to be treated, into which a series of harmless active ingredients are injected for the tree, without forcing its absorption, which is incorporated into its sap by natural perspiration. The injected substances ascend to the leaves of the treated specimen, when the adult insects and the larvae that feed on these leaves die and, in this way, the plague is controlled.

Specifically, the city of Madrid has more than 70,000 Siberian elms in its streets and green areas. The so-called elm galeruca (Xanthogaleruca luteola) has considerably increased its presence in the districts of this city since 2013, causing significant damage at the vegetative level.

Of course, they point out from the City Council, all pests are cyclical and self-regulate. In recent years, there has been a great development of the galeruca, not only in Madrid, but in practically all of Spain, since it is greatly favored by the scenario of the gradual increase in temperatures.

It is a beetle or beetle of a yellowish green color and 6 to 8 millimeters in length; It feeds on the leaves of the elm tree, both the larvae and the adult specimens. It hibernates from October to March and in spring the adults come out to feed and reproduce. They do not cause the death of the tree, but they do weaken it and facilitate the attack of other diseases such as graphiosis in the common elm, caused by a fungus.

The City Council recommends contacting the municipal services through any of the available channels, advising of the existence of the insect so that actions are taken in the affected area, in the event that it is municipally owned trees. Owners of private trees that have elm trees will contact those responsible for them to intervene.

1 Soccer. Les Bleues sans Henry or Le Sommer, three... 2 Isco's emotional farewell: "I've had... 3 Escrivá proposes a new reform for the self-employed... 4 Board and Provincial Council gather 15 million to... 5 The agreements of the Diputación de Valladolid include... 6 No beaches suitable for pets in the Basque Country 7 A young man who tried to swim across the Crevillente... 8 General Electric accused in tax optimization in France... 9 Employment in New Aquitaine: 65 vacancies at Terres... 10 After a fatal accident, the Dordogne gendarmerie needs... 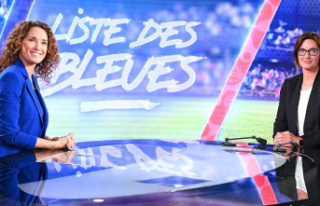