The Historical-Cultural Association 'Volunteers of Madrid 1808-1814', a non-profit group made up of a large group of people of all ages and professions, is going to 'take a stand' against the French invader this weekend in a spectacular recreation of the liberation of San Lorenzo de El Escorial, which took place in the summer of 1812 during the war against the Napoleonic empire. 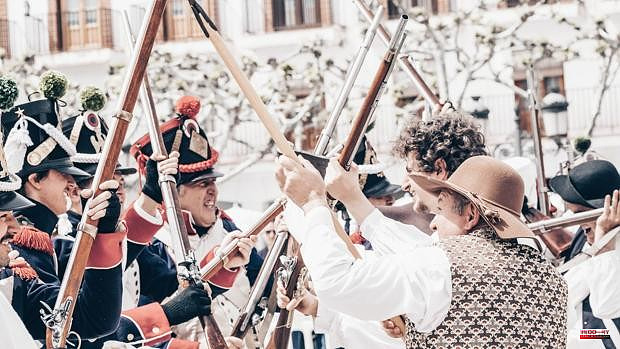 The Historical-Cultural Association 'Volunteers of Madrid 1808-1814', a non-profit group made up of a large group of people of all ages and professions, is going to 'take a stand' against the French invader this weekend in a spectacular recreation of the liberation of San Lorenzo de El Escorial, which took place in the summer of 1812 during the war against the Napoleonic empire.

More than 250 reenactors with period clothing and weapons, including SXIX cannons and horses trained for recreation, will be the protagonists of this free event and for all audiences organized by the International Summer Festival of El Escorial (which in turn is part of the cycle Summer Scenes

that will fill the Community of Madrid with culture and leisure during the holidays), which aims to offer visitors a fun and very illustrative way of approaching the historical events that San Lorenzo de El Escorial experienced during the French invasion, with the siege of the population and its subsequent liberation by the allied troops.

"During our events, we sleep under canvas tents or interior fortifications, eat authentic rations, and practice the drill and tactics that were developed over 200 years ago on the battlefields of the Iberian Peninsula, France, Belgium, and America," they explain. the Volunteers from Madrid, who will begin arriving in El Escorial this Friday (6pm) to set up camp where they will spend the night in Parque de Felipe II. That same afternoon, an hour later, the Assembly Hall of the House of Culture of San Lorenzo will host a round table entitled 'Conference on the History of the War of Independence', in which the keys to everything that happened and one hundred and ten years in the mountain municipality.

On Saturday at ten in the morning the camp will be opened to the public, and in the Plaza de San Lorenzo the recruitment of volunteers from El Escorial in the summer of 1808 will be recreated. Two hours later a parade will begin through the streets of the town in which historical figures such as Lord Wellington and the Empecinado will be represented, and at 12:30 p.m. the liberating army will line up in formation in the Plaza de España, in front of the town hall. In the afternoon, at 7:30 p.m., you can see the recreation of the defense of San Lorenzo de El Escorial between the imperial troops and the population in the Plaza de la Constitución, as well as the representation of the looting of the Monastery in Grimaldi street. .

On Sunday, the camp will reopen to the public from 10 a.m. so that visitors can take period photographs, and at 12 p.m. the reenactment of the Liberation will start, with the fighting between the vanguard of the allied army and the rearguard of the imperial army. along the entire Avenida de Juan de Borbón and Battenberg, from Los Arcos to Parque de la Bolera. An hour later, the battle will be over and with the reception of the Duke of Wellington as the final touch.

The first deputy mayor and councilor for Culture, José Enrique París, pointed out that every year in many parts of Europe historical re-enactments of the most significant battles or war events that changed history are carried out and highlighted that «San Lorenzo de El Escorial played a significant role in the War of Independence", for which he believes that the Royal Site "deserves to be honored with this recreation that we hope to repeat".

1 The check that Madrid needs to reduce the transport... 2 Serena Williams loses in the first round on her return... 3 “We cannot help change the world with our food if... 4 Educate looking into the eyes 5 German booksellers award the Peace Prize to Ukrainian... 6 Record Reviews of the Week: 'Elvis' OST,... 7 Trump knew there were weapons in the Capitol mob and... 8 Tragedy aggravates Biden's immigration crisis 9 Sturgeon wants a legal consultation even though Westminster... 10 The Venezuelan opposition platform calls primaries... 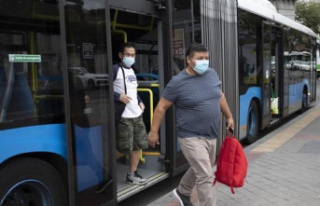 The check that Madrid needs to reduce the transport...