When we talk about identity and origins, especially when it concerns traditions rooted in the popular culture of a specific region, we are undoubtedly entering swampy and even mined ground. 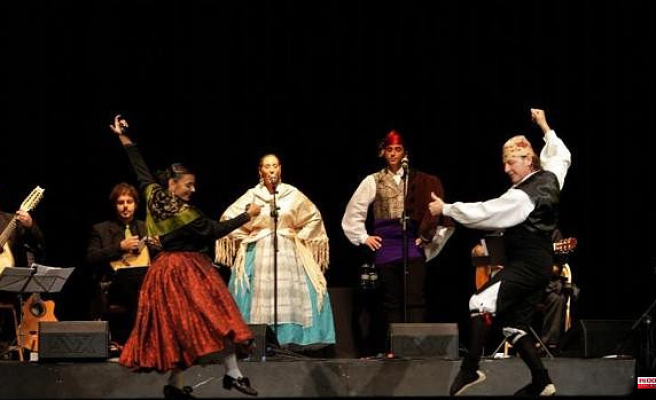 When we talk about identity and origins, especially when it concerns traditions rooted in the popular culture of a specific region, we are undoubtedly entering swampy and even mined ground. For example, while in the collective imagination the birth of the jota is associated with Aragon, there is no agreed thesis among historians, who point to a dubious first reference in Valencia.

A theory suggested by certain sources that the PSOE has echoed in the non-law proposal that it has presented to the Culture and Sports Commission of the Congress of Deputies, by which it urges the Government to declare this dance as a Representative Demonstration of the Intangible Cultural Heritage of Spain and which is subsequently proposed as Intangible Heritage of Humanity.

The jota, whose style is different depending on the area of ​​Spain in question, due to its uniqueness and as one of the manifestations of national folklore, constitutes "an essential asset of our cultural heritage", as argued by the socialist formation in its writing.

According to most documentary filmmakers, the current form of the jota comes from a popular dance dated for the first time in the eighteenth century in the theater music of Zaragoza, although certain elements can be associated with past times, such as hypothetical links Arab-Andalusian and a legendary character with origins in the capital of Turia.

The fantasy that surrounds this story has become one of the most widespread beliefs about the beginnings of the jack, although there are no weighty historical references to support this crazy thesis, even some experts describe it directly as false.

The crazy legend tells that an Arab named Aben-Jot invented a profane song and dance to inflame the people of Valencia, something that raised the ire of King Muley Tarik, who decreed his exile from the kingdom. After leaving the city, he went to the Aragonese town of Calatayud, where he finally ended up popularizing his artistic creation, which the residents of the town baptized as jota in honor of his name.

In this regard, different researchers confirmed that the word 'Jot' does not exist in classical Arabic, while 'Aben' means son or descendant. As for its unknown etymology, the most plausible theory points to its Mozarabic origin, although it does not trigger two terms used by the Spanish Moors: xatha (dance) and sotar (jump).

On the other hand, other theories relate that the dance of the jota spread throughout the Kingdom of Valencia from the fifteenth century, before it was spoken of in Aragon, Catalonia, Navarra and the rest of Spain. The researcher Galán Bergua even points out that a similar dance was danced at the court of Alfonso X el Sabio.

The Arabist Henri Péres also describes a painting painted during the inauguration of the Royal Palace -Al Munia in Arabic-, built in 1009 by the king of Balansiya Abd-Al-Aziz, in which men and women can be seen dancing a jota.

These references are intertwined with other stories such as the influence of the day laborers from Requena and Utiel who, during the rice harvest at the end of September in the Ribera del Júcar, were amazed at a dance that they began to popularize in the rest of the territory, as well as in Aragón and Navarra when they went to collect the cereal.

Undoubtedly, the jota is one of the most representative facets of Aragonese folklore and, however, it is not possible to say anything in particular about its origin so far, since they are only mere hypotheses. For example, the musicologist Pedrell points out that it was formed by conglomeration, while López Chavarri affirms that it has roots from the War of Independence and Martínez Norter that it comes from the Andalusian fandango.

Therefore, attributing the origin of the jota, when it has been practiced in most of the regions of Spain, is too daring, although its development in Aragonese lands, staged for example in the rondallas of Zaragoza -first time alluded to in 1828- Its importance can be valued when it comes to coining an essential popular dance of great cultural value throughout the peninsula.

On this, the historian Antonio Beltrán Martínez, assures that the first creditable reference dates back to the 18th century in Aragón and that its expansion throughout Spain would come decades later. For the former chronicler of Zaragoza, the Aragonese jota is "the result of a stylization of ternary and danceable rhythms, which were slowed down and embellished to shine in the song, on whose great performers and variety rests the importance of the genre in this region" .

In fact, the initiative to declare the jota Intangible Heritage of Humanity, recall the socialists, started from Aragon and has the support of all the communities that have this genre as one of their traditions of popular culture, in its aspects. dance, instrument and song.

1 A woman kills her partner and dismembers him with... 2 The 'porpoising' leaves Hamilton crippled:... 3 Appeal made by Prince Sparks Row over UK Rwanda deportation... 4 Coronavirus in Valencia: when will those over eighty... 5 NATO Chief: Turkey has "legitimate concern"... 6 Palencia Sonora exceeds expectations and summons as... 7 Federer, surrendered to Nadal's deeds 8 Climent won the Cutty Sark Spirit of Adventure Ibiza... 9 NATO chief: Turkey has "legitimate concern"... 10 The patron saint of Salamanca dresses the city for... 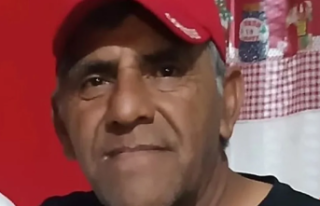 A woman kills her partner and dismembers him with...