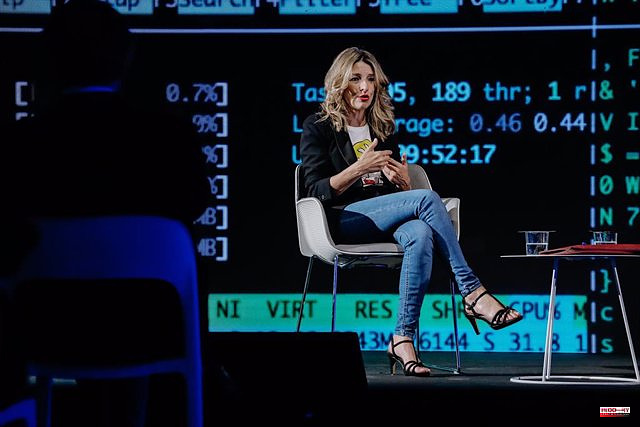 The different left-wing parties have moved between prudence and satisfaction when assessing the 'Sumar' association, an entity created to help organize the acts of the listening process with civil society that will be undertaken by the second vice president, Yolanda Díaz, facing the new platform that he promotes.

Yesterday it transpired that this is the name of the collective, which will organize the acts of the consultation phase with civil society, and Díaz herself has indicated that it is a verb in which she feels "comfortable", but has clarified that it is not the definitive name of his new political project.

Waiting to receive official confirmation of the registration of said association by the Ministry of the Interior, which is estimated for the end of June, Díaz has pointed out that he will start his listening process after the Andalusian elections on June 19, a phase that will last around six months.

The constitution of the group has been carried out, according to sources from the vice president's environment, by people close to Díaz but with an anonymous profile, although among them some figures stand out such as the university professor and mayor of Compostela Aberta, Marta Lois, a person which matches the philosophy of the project since it is not part of any political party.

They also highlight that the request and name of the collective was known by a reduced number of Díaz's collaborators, and that the parties of the confederal space were not informed, but they were aware of Díaz's generic plans to articulate this listening process independently of the political organizations.

On the side of Podemos, the Minister of Equality, Irene Montero, has spoken, admitting that she was unaware of the constitution of this association and pointed out that it was Diaz herself who must provide all the data in this regard, when she considered it appropriate.

It has also spelled out that Podemos "will always add" to any process of deepening democracy, with "all the strength" of its organization and that, in its particular case, it will contribute "deeds more than words", through all the legislative projects to increase the rights of women and the LGTBi-Trans collective.

In turn, the deputy of United We Can in the Madrid Assembly, Agustín Moreno, has said on networks that the beginning of the process of listening to the vice president under the name 'Sumar' is "very good" and "hopefully it is true". "The left and the progressive forces need to 'Add'", he has riveted him.

Meanwhile, sources from the commons, the Catalan confluence of United We Can, have positively valued that steps are taken to start this listening process, which is "very necessary" for the progressive field.

On the other hand, the leader of Más País, Íñigo Errejón, has affirmed that the creation of said association to organize events with civil society that the Minister of Labor will undertake is something that "should not surprise anyone", especially when he has been saying for some time who wants to undertake this political project, and has underlined the "magnificent relationship" between the two

Meanwhile, Compromís guarantees its willingness to negotiate "what and how" of the political project that Díaz will promote, but when there is something "beyond the name" and without "wanting to anticipate scenarios", it has broken down sources from the formation.

On the IU side, the candidate of the 'Por Andalucía' coalition, Inmaculada Nieto, has affirmed that "Díaz is going to set up a very big shed and she is going to be the next president of the Government", to add about the listening process that " It is taking steps in the direction that it has been announcing for some time".

Precisely, the training at the federal level will deploy its 'Training School' from this Friday in which it will redouble its commitment to the broad front for the next electoral cycle.

In turn, the candidate of Adelante Andalucía al 19J, Teresa Rodríguez, observes "with interest" that the vice president has registered this entity to promote her listening project, but has qualified its incorporation and has claimed "a space of its own" for Andalusianism.

In the socialist wing, the general secretary of the Andalusian PSOE, Juan Espadas, has considered that "whatever comes from the left, in this case, if it has common sense and the ability to build, for us, it is welcome."

1 The US Congress approves sending Ukraine a package... 2 Immigration: Ottawa is working to reach francophone... 3 Armed violence in Montreal: $1 million for research 4 The UCLM reduces the enrollment of its summer courses... 5 Alcaraz could meet Nadal or Djokovic in the Paris... 6 'THE ONE Race to Marbella' lands in Vitoria... 7 End of the state of emergency in Montreal 8 A luxury plane to travel 6,000 kilometers 9 PMU - Arrival of the quinté of Thursday May 19 at... 10 Silver medal confirmed for Canadian sprinters 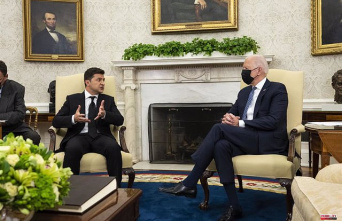 The US Congress approves sending Ukraine a package...