After almost three months of resistance - with hardly any water, food or ammunition for days - their work is over. 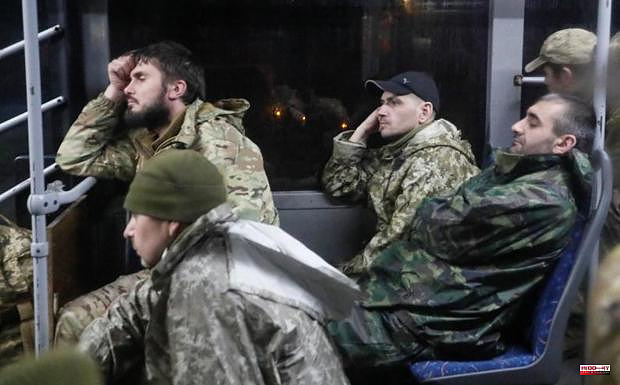 After almost three months of resistance - with hardly any water, food or ammunition for days - their work is over. The Azov Regiment, which as soon as the Russian invasion began, entrenched itself in the Azovstal plant, the last stronghold of Mariupol's defense, surrenders. But not of his own free will. The Ukrainian military command has ordered him to "stop defending" the steel mill. Difficult as it may be, the decision is necessary to protect the lives of fighters still in the area, battalion commander Denos Prokopenko argued in a video posted Friday on Telegram.

"The military leadership gave the order to save the lives of the garrison personnel and stop the defense of the city," said the high command of the paramilitary organization that fights alongside the Ukrainian Armed Forces. When is the departure of the metallurgical plant scheduled? “In the near future,” President Volodímir Zelenski said on Friday, according to the portal 'Censor.Net'. Given the complexity of the structure “it was agreed that the unlocking will be done by intermediaries, Western partners. When we saw that it was impossible to do it by military means, I negotiated with Turkey, Switzerland and Israel. First with France because of the leaders' relations with Russia," explained the Ukrainian leader. Although, he added, "tens or hundreds of times" he has spoken "in detail" with other countries about "providing appropriate weapons to our military, so that we can get to Mariupol by military means to unblock those people."

The evacuation process continued like this after 86 days of war. According to Prokopenko in the video, all the civilians had managed to get out of the steel mill. Also the seriously wounded soldiers, who also received the necessary assistance and were later transferred by exchange to territory controlled by the Ukrainian forces.

"Despite heavy fighting, comprehensive defense and lack of supplies, we constantly insist on three important conditions for us: civilians, wounded and dead," explained the commander of the Azov Regiment. So far, two of the three requirements have been met: civilians and wounded. There are still the "fallen heroes" in combat. In that sense, "the process continues," he said. "I hope that in the near future the relatives and the whole of Ukraine will be able to bury their soldiers with dignity."

The defenders of Mariupol face their last hours in the plant that has served as their home for almost three months. "Well that's it. Thank you for the refuge, Azovstal is the place of my death and my life, ”said Dmitri Kazatski, a soldier of the Azov Battalion, this Friday, publishing some images of the interior of the steel mill as a farewell. The photographs show the mutilated metal of the facilities, which received continuous blows from the Moscow Army. Some prints that will surely go down in history as a symbol of resistance. They might even be eligible for a prize. Or so the author hopes. “While I am in captivity, I will leave you a photo in the best quality. Send them to all the journalistic awards and photo contests. If I win something it will be very nice after the liberation. Thanks to everyone for your support. See you soon," Kazatski stressed.

In spite of everything, hell is not yet over for this military group, which is pending on the 26th, when the Russian Supreme Court will discuss the possibility of classifying the Azov Regiment as a "terrorist organization", a measure that the Duma will take advantage of to prohibit by law the exchange of prisoners who are part of this battalion. In addition, political demands are growing in Moscow to reintroduce the death penalty -suspended in 1996- against these defenders of Mariupol. "Beasts must be judged," said Deputy Leonid Slutski in this regard.

On the other hand, Russia increased the military captured in Azovstal to almost 2,000. British Intelligence, for its part, said Friday that some 1,700 soldiers left the facilities and that an "unknown number" of them still remained at the plant. In addition, he assured that once the Kremlin captures Mariupol - a city with a special strategic interest in consolidating a land corridor between Donbas and Crimea - it is likely to "deploy its forces" to reinforce operations in Donetsk and Lugansk.

1 Arrested a 20-year-old man for stabbing the vigilante... 2 The boss of Villa de Pintanxo will declare as investigated... 3 The SQ is investigating a murder in Farnham 4 The victims of Carl Girouard and their relatives relieved 5 Russia announces the seizure of the Azovstal plant,... 6 Another very tight series to be expected at the Rocket 7 War in Ukraine: the Russian army says it has “completely... 8 PSG: Di Maria will leave Paris at the end of the season,... 9 Roland-Garros: Geoffrey Blancaneaux, the only Frenchman... 10 IN PICTURES | Tornado injures 30, 10 seriously in... 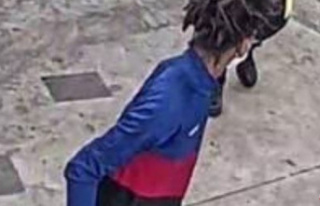 Arrested a 20-year-old man for stabbing the vigilante...