The vertiginous trajectory of San Pablo Burgos in Spanish basketball suffered a painful dry stop on Saturday after its descent to the LEB Oro was completed, a fiasco that buried five years of success and that was accompanied by a strong controversy caused by its president, Félix Sancho. 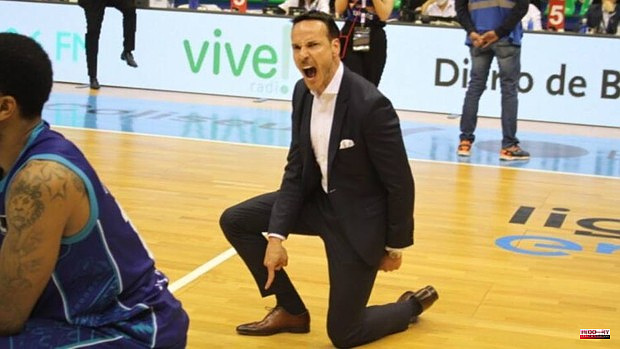 The vertiginous trajectory of San Pablo Burgos in Spanish basketball suffered a painful dry stop on Saturday after its descent to the LEB Oro was completed, a fiasco that buried five years of success and that was accompanied by a strong controversy caused by its president, Félix Sancho.

The debacle was signed at the Burgos Coliseum, where San Pablo lost on the last day of the regular phase against Urbas Fuenlabrada (66-83), one of their direct rivals for permanence. The defeat marked the end of a horrible season -two wins in the last ten games- that led to an unappealable relegation to the silver category of the double champion of the FIBA ​​Champions, who in the two previous years had entered the ' playoffs' for the title.

The desolation in the pavilion at the end of the game, the tears of the players and the attempted support from the ten thousand fans were short-circuited by the intervention of Sancho, who came down to the track visibly angry and, between shouts and fuss, demanded his players kneel on the floor to ask for forgiveness. The gesture, supported by the majority, was not well received by a large part of the Burgos fans, who accused the club president of wanting to humiliate his players at a time of maximum dejection. The wave of indignation grew throughout the day yesterday, with strong criticism of Sancho's attitude. “I think he has misunderstood and taken everything out of context. I was looking for a nice gesture with which to apologize to our fans and it has been shown as a way to humiliate or subdue my players, “explained the president of the Burgos club to ABC. «The first to kneel is me and what I do is ask my players to accompany me. There were those who did it and those who didn't, but I don't force anyone. I am the person who most values ​​and respects his professionals. I have never spoken ill of them and I don't blame them for anything either.

Despite everything, Sancho admits that he would think a lot about repeating a similar gesture: «Seeing what I have seen, I would not do it again, and if I have to apologize I do so willingly, although no one has made my gesture ugly. In that heated moment, I couldn't think of another way to apologize to the fans."

Sancho's attitude has been reprimanded from many sectors, starting with the Association of Professional Basketball Players, chaired by Alfonso Reyes: «The players have been professionals, but sport is not an exact science. Attempts to point out lack of attitude is an excuse to mask dispatch problems.

1 Donald Trump: a possible 2nd term? 2 Daily horoscope May 16, 2022 3 Waffle mixes put to the test 4 David Milgaard dies aged 69 5 A Gatineau resident drowns in an Ottawa river 6 Paper industry: an agreement in principle for the... 7 QMJHL playoffs: Anctil and Parent give the Phoenix... 8 The new PP, a 'triumvirate' based on respect... 9 Cristina Dexeus: "Delgado's suspicion of... 10 Feijóo tests the unity of the PP with the most conflictive... 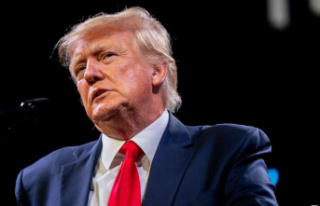