The King called on Tuesday for the unity of democracies in the face of "Russia's unjustifiable aggression against Ukraine" and asked the 30 NATO countries "to extend this unity to a series of strategic partners with whom we share values, principles and goals. 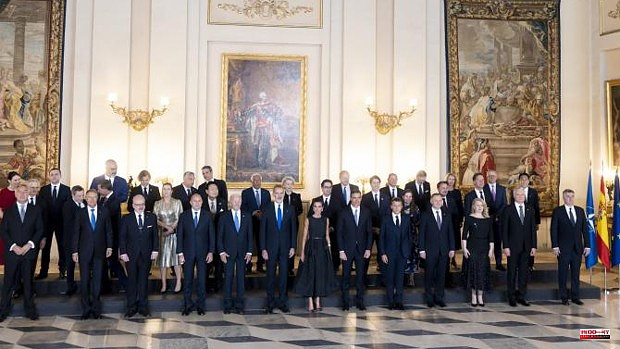 The King called on Tuesday for the unity of democracies in the face of "Russia's unjustifiable aggression against Ukraine" and asked the 30 NATO countries "to extend this unity to a series of strategic partners with whom we share values, principles and goals."

“The war has returned to Europe. No country is alien to this war. The very security of Spain and Western Europe also passes through Ukraine. Those of us who believe in democracy, human rights, an open society and an international order based on rules must remain united in support of the Ukrainian people", said Felipe VI during the welcome dinner offered at the Royal Palace to the delegations participating in the 32nd NATO Summit.

At the imperial table of the gala dining room, 54 guests gathered together with Don Felipe and Doña Letizia: among them, 13 heads of state, 13 presidents of the Government and 20 prime ministers. The rest of the guests on the menu prepared by chef Paco Roncero were companions.

It should be noted that four guests were absent at the last minute because they were reaching an agreement at Ifema, the venue for the Madrid Summit: the Secretary General of NATO and the leaders of Turkey, Sweden and Finland. This caused a half-hour delay for dinner and a quick change of protocol for the family photo. The King notified this initial absence "for good reasons... 'Congratulations'".

Apart from the nations of the Atlantic Alliance, the leaders of Australia, New Zealand, South Korea and Japan meet for the first time at a NATO meeting, which proves the importance of the Madrid Summit, where the the "growing challenge" of China.

In his speech, the King recalled that "never before has this Palace embraced and seated such a large number of the main world leaders at the same time". To the right of the King sat the president of the United States, Joe Biden, with whom he had previously met for 30 minutes in the Palace. To the left of the King sat Begoña Gómez, wife of Pedro Sánchez.

“The Madrid Summit must represent the future; It must provide the necessary conviction, guidance and instruments for us to adapt to this new strategic reality and walk with determination towards a future in which our societies can feel safe and live in peace", said Don Felipe, who truffled his speech of two main historical winks.

The first, the 1997 NATO Summit, which was also held in Madrid and where the path was started for Eastern European countries to join NATO: "The strategic optimism of 1997 must give way, not to pessimism, but to strategic realism.

The second, the 40th anniversary of Spain's entry into NATO, which was celebrated on May 30. Here Don Felipe recalled a phrase of the then President of the Government Leopoldo Calvo-Sotelo during his first speech at the North Atlantic Council: «Spain will be a loyal and active member of the Alliance and will contribute to it with all the drive of a people that has just to recover their freedoms and wants to preserve them in the peace and justice of the international community. Doña Letizia also presided over the dinner in front of Don Felipe.

As an anecdote in the family photo, we must note the good climate of understanding between President Biden and the Frenchman Emmanuel Macron who arrived at the Alabarderos room accompanying each other with their arms. Biden was also affectionate with Queen Letizia and the English Boris Johnson was smiling at the time of photography.

The dinner was enlivened by the Royal Guard band, with an emblematic first pasodoble: Sighs of Spain.

1 Justice opens proceedings to investigate the complaint... 2 The liberators of El Escorial fight again 3 The check that Madrid needs to reduce the transport... 4 Serena Williams loses in the first round on her return... 5 “We cannot help change the world with our food if... 6 Educate looking into the eyes 7 German booksellers award the Peace Prize to Ukrainian... 8 Record Reviews of the Week: 'Elvis' OST,... 9 Trump knew there were weapons in the Capitol mob and... 10 Tragedy aggravates Biden's immigration crisis 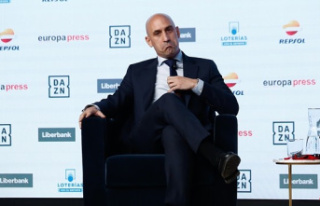