Margarita del Val and Fernando Simón have led the fight against the coronavirus in Spain from the scientific spectrum. 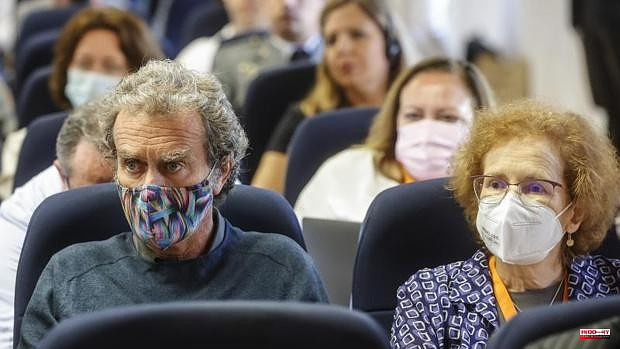 Margarita del Val and Fernando Simón have led the fight against the coronavirus in Spain from the scientific spectrum. The researcher of the Higher Council for Scientific Research (CSIC) and the director of the Center for Coordination of Health Alerts and Emergencies, once the situation in relation to Covid-19 is stabilized, give the keys to face the next pandemic, both locally as international.

Both experts defend that the transmission mechanism of the next health crisis will come through the air, something for which it is necessary to "demonstrate the lessons learned" such as "solidarity, cooperation and global preparation", as they explained at the First International Summit on Pandemic Management held in Valencia.

For the CSIC virologist, right now "you cannot think of a next pandemic caused by something that is not transmitted by water or food, because it would be a local epidemic."

However, he warns that "another can come back to us through the air." “In the 19th century, it was learned with the cholera epidemics that drinking water has to be perfectly separated from wastewater and that by making it drinkable, deaths are avoided and life expectancy is increased,” he argued in the presentation organized by the Police Venue of Valencia.

In this way, he believes that the Covid-19 crisis has shown that the most dangerous transmission mechanism is the air, so "we must learn to clean it." To do this, he advocates the widespread use of CO2 meters that allow knowing when there is a risk of contagion, as is already being done in schools, universities and other public centers.

In this sense, del Val urges the Public Administration to guarantee clean air that "would avoid constantly opening the advantages with their consequent energy expenditure." In addition, he regrets that more and more intelligent buildings are being built to save energy, "but less and less healthy for the transmission of respiratory diseases."

For his part, the director of the Center for the Coordination of Health Alerts and Emergencies, Fernando Simón, pointed out at the summit held in Valencia that the coronavirus has shown that we must be prepared immediately for the arrival of a new crisis. To do this, it is necessary to coordinate a global response and for Spain to prepare itself with a single health system, plans with a multisectoral approach and "clearly" define decision-making.

For the Government spokesman in relation to pandemic management, the need to think about a long-term strategy should be delved into because "we are not dealing with a few people but with the entire population and the population has its limits when it comes to enduring restrictions ».

"Think globally and be prepared for the next pandemic because we don't know when but it will come." However, he stressed that it has already been internalized that health crises "are not just a health issue" but that they affect all areas and therefore require a multisectoral approach, although the prevailing management must be agreed from the umbrella of health criteria.

Likewise, he considers that information and communication are also key, since opinions "are not scientific information", as well as international legislation to act with "speed and strength".

1 Football: Heung-Min Son and Tottenham will face Sevilla... 2 Orpea: employees on strike to claim a profit-sharing... 3 Cannes in retro: Belmondo... a beginner on the Croisette 4 Football: in turmoil after his transfer from OM to... 5 Monkeypox in the Valencian Community: how it is transmitted... 6 The 'Mask Case' of the Canary Islands: Where... 7 England: Vieira will not be prosecuted for kicking... 8 Charges of rape: the dismissal in favor of Luc Besson... 9 “We only get what we deserve”: Lopes evokes “shame”... 10 A young woman fakes a bomb threat at an airport so... 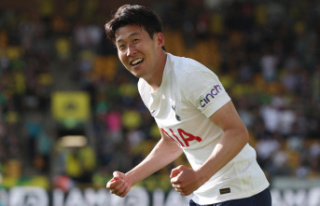