The courts specialized in abusive clauses have been collapsed for years. 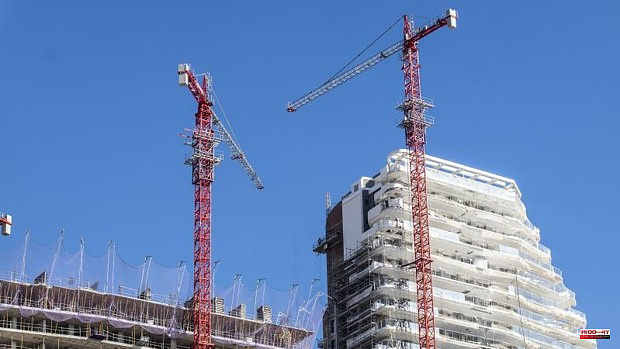 The courts specialized in abusive clauses have been collapsed for years. These bodies have received more than 700,000 procedures, of which more than 200,000 still remain to be resolved, according to the latest figures from the General Council of the Judiciary (CGPJ). It was not until last year when the Government, pressured by the consumers themselves, their associations and others involved, decided to take action on the matter. However, the measures to tackle the traffic jam are slowing down due to the time that the Executive has handled and the parliamentary process that is now beginning.

Until 2023, measures will not come into operation to solve the collapse in courts plagued by cases of floor clauses, multi-currency mortgages... That in theory, because it is the term that the Government manages to begin to remedy it.

On April 12, the Council of Ministers gave the green light to several regulations within the Ministry of Justice, including the procedural efficiency bill. It is in this future law where actions are included to solve the collapse that exists in said courts, which is recognized by the Executive itself. “The enormous volume of cases that derives from this matter (abusive clauses) has led to a real collapse of the judicial bodies, causing important dysfunctions in the response of the Administration of Justice, a fact that causes a loss of confidence of the citizens in the functioning of its institutions”, they point out from the ministry.

Faced with such a situation, Justice has included two star measures in the bill. On the one hand, the matters that, regardless of their amount, are processed by the rules of verbal judgment are expanded. "The claims in which individual actions are exercised related to general contracting conditions in the cases provided for in the legislation on this matter, will be known through the procedures provided for the verbal trial," they report from Justice, emphasizing the greatest agility that verbal judgments have.

On the other hand, there will be the so-called witness lawsuits. These are a way that is articulated to respond to demands that are identical or almost identical without the need to process all of them. Thus, the judge will be allowed to choose a procedure that will be processed preferentially, suspending the rest of the same, and once that is resolved and final, it may be requested to extend its effects to the rest of the procedures. In this way, the simultaneous or successive processing of substantially identical legal procedures is avoided.

Related to this, from the ministry they point out that a mass litigation mode with all the same demands has become widespread and that they are used to attract clients. Here they refer to law firms that are doing business with massive lawsuits in cases such as floor clauses.

The first moment in which Justice decided to put this on paper was when the department was still led by Juan Carlos Campo. Pilar Llop, the current minister, decided to follow the same path. But there is still a long way to go. «The text of the bill has just begun its parliamentary process. It is expected that the text can be approved before the end of this year”, indicate sources from the ministry. However, they also cover their backs with the deadlines, with everything depending on how long the parliamentary process takes. Parliamentary sources indicate that it would not be strange if 2023 arrived and it was still pending definitive approval.

The solution proposed by Justice has been well received by consumer associations, but only in part. Patricia Suárez, president of Asufin, denounces that the Government has not included any measure to dissuade banks from suing and lengthen legal proceedings. “It is cheaper for companies to litigate: out of every hundred people who go to the bank's customer service and are not agreed, a small percentage goes to the Bank of Spain and another small percentage ends up in court. A maximum of 10-20% of cases reach the courts; the remaining 80% remains unclaimed”, indicates Suárez. In her opinion, the banks force the client to sue and start a journey of several years in court, which deters many.

"This banking attitude is uncivil and anti-system," says the president of Asufin. She even points out that the insistence of the financial sector to litigate and appeal everything generates damage to the public coffers. Specifically, between 3,000 and 5,000 euros, she says, is what each lawsuit costs the Administration.

This generates, according to Suárez, desperation in those affected, who end up choosing not to go to court. Likewise, he points out that his associates do not understand how it is possible that after a year or a year and a half his claim has not even been admitted for processing. "These courts have had a lack of means from the beginning," he lamented.

1 Still no news from the jury at the Girouard trial 2 Alberta premier resigns 3 The Remparts in confidence 4 A transition that was easy 5 Vladimir Guerrero Jr. still calls himself a Montrealer 6 The PSOE borrows money from citizens to finance its... 7 The great fundraisers of the G7 at the bedside of... 8 Abraham Toro has a blast in Toronto 9 The Hurricanes strike at the right times 10 An enhanced Gagné-Bergeron Pro-Am 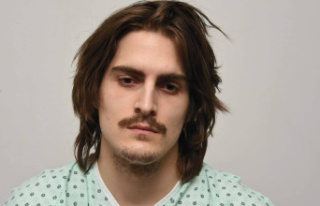