The head of the Court of Instruction number 13 of Valencia has offered the PP deputy in the Valencian Courts Jorge Bellver to appear in person in the Azud case, a procedure in which he is being investigated after appearing on a list of gifts that the plot allegedly made when he held office Councilor for Urban Planning of the Valencia City Council at the time when Rita Barberá was mayor of the city. 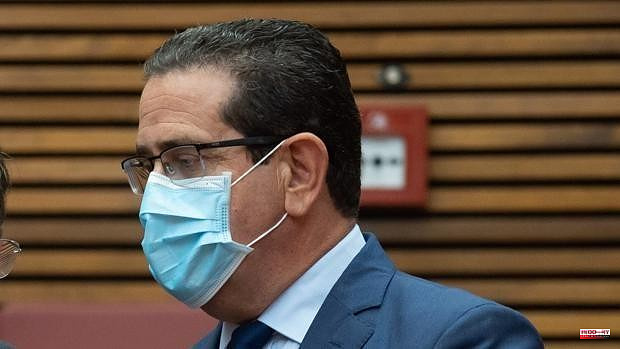 The head of the Court of Instruction number 13 of Valencia has offered the PP deputy in the Valencian Courts Jorge Bellver to appear in person in the Azud case, a procedure in which he is being investigated after appearing on a list of gifts that the plot allegedly made when he held office Councilor for Urban Planning of the Valencia City Council at the time when Rita Barberá was mayor of the city.

This follows from the providence, to which Europa Press has had access, issued by the judge in the Azud case, in which alleged 'bites' are investigated in exchange for public works awards from the City Council of the Valencian capital by companies successful bidders who would have made supposedly fictitious invoices.

In the ruling, the judge considers received the official letter from the autonomous parliament in which it is certified that Bellver is a deputy of the Valencian chamber for the electoral constituency of Valencia and second vice president of the Table of the Valencian Courts. After that, she joins the letter to the procedure and orders to transfer Bellver who has the case at his disposal in case he wants to exercise his rights as he deems appropriate.

In this procedure, whose secrecy was partially lifted a little over a month ago, a list is included with numerous gifts allegedly made by the plot to different people and public officials, including Bellver.

Specifically, the documentation shows that the 'popular' deputy would have received an Omega Seamaster watch at Christmas 2003; a Brentley watch in 2005; and a Loewe trolley in 2006 valued at 970 euros.

The judge is investigating whether Jorge Bellver, in exchange for these gifts, mediated to favor the plot in the award of different public contracts, specifically, to businessman Jaime Febrer.

Other names of prominent politicians appear on the list of gifts, such as the former deputy mayor of Valencia with the PP and right-hand man of Rita Barberá, Alfonso Grau, who would have received a Montblanc pen in 2002 valued at 510 euros; a trolley plus a Loewe briefcase in 2005; and a brown purse and briefcase in 2009.

On this matter, Bellver guaranteed, in statements to the media, that he had "always" acted correctly. «I have never acted against the interests and the public good throughout my political life, which is already extensive. I am very satisfied with what my performance has always been and I am sure that it will finally be shown, "he assured at that time.

In this case, which originated five years ago, crimes of influence peddling, prevarication, bribery, false documents, money laundering, illicit association and criminal organization are investigated and about sixty people appear as accused.

The case started in 2017 but it was not until two years later, in April 2019, that the first arrests were made: those of the lawyers José María Corbín and Diego Elum. In a second phase, in May of last year, the judge ordered the arrest of Grau, Rubio and Vera, all of them already free. The former sub-delegate of the Government and the former head of Socialist Finance were suspended by the PSOE from militancy and opened a file on them.

Currently part of the secrecy of the proceedings has been lifted and pieces 2, 3, 4, 5 and 6 remain secret, as well as all the documentation intervened in massive information storage media and devices, in computer, telematic and telephony media. mobile, that is, all the documentation that was not seized in the registry on paper and that was registered in May of a year ago. Also, certain folios from different volumes of the main piece.

1 Arcicóllar opens a library financed by the Diputación... 2 Elon Musk sued for trying to sink the value of Twitter... 3 Alovera prepares the largest artificial beach in Europe 4 An arson fire burns two beach bars and leaves one... 5 Who won the 2021 Champions League? 6 Father of Texas Massacre Killer: "He should have... 7 Salvador Ramos could not have perpetrated the Texas... 8 Mortgage firms increase 18% in March, the best number... 9 Arrest of actor Luis Lorenzo: they investigate a possible... 10 A pro-independence group claims responsibility for... 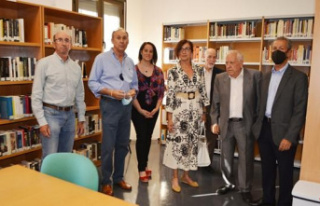 Arcicóllar opens a library financed by the Diputación...