The judge investigating the hit by the Madrid City Council for the masks has finally decided to reject the summons as investigated of Elena Collado, the person in charge of signing the contracts for the Covid-19 pandemic. 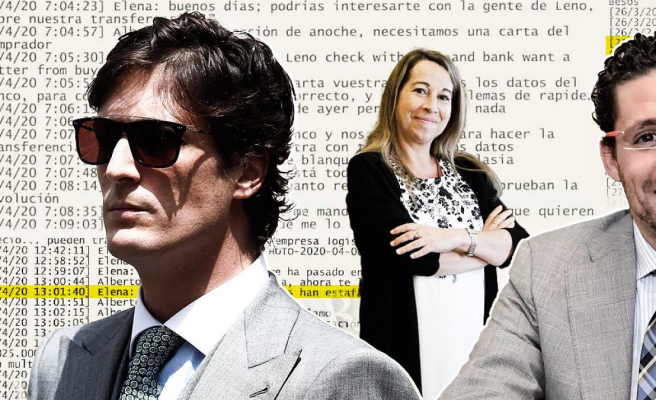 The judge investigating the hit by the Madrid City Council for the masks has finally decided to reject the summons as investigated of Elena Collado, the person in charge of signing the contracts for the Covid-19 pandemic.

In a car, the head of the Court of Instruction number 47 of Madrid explains that Collado was not an accomplice of the commission agents Luis Medina and Alberto Luceño, nor did he obtain anything in return nor was he pressured or pressured to sign the 15 million euro contracts for medical supplies.

Collado has always maintained that he was unaware that the businessmen were going to take commissions for their work as intermediaries with the Malaysian company Leno. Now the judge confirms that she was swindled by Medina and Luceño and the appointment for next week as a witness.

“So far, there is not the slightest indication of a possible necessary cooperation, complicity and cover-up by Collado in the alleged aggravated fraud committed by those under investigation, whom he did not know anything about beforehand, nor is there evidence that he received any money from them. , but rather the opposite”, collects the resolution.

The instructor adds that the person in charge of the contracts of the Madrid City Council "was deceived by the commission agents, who hid the amount of their commissions that inflated the price of the contracts in an excessive way, and their true relationship with the Malaysian company Leno " .

For Carretero, in Collado's behavior there is no fraud, prevarication, influence peddling or embezzlement of public funds, as demanded by popular accusations, contrary to the criteria of the Anti-Corruption Prosecutor's Office, which has always maintained that the City Council is the victim.

Regarding embezzlement, the judge maintains that for it to be committed there must be 'fraud'. "If the official had acted imprudently, this behavior would be decriminalized, incurring in any case an accounting liability," he points out.

The order states that there is no evidence that Collado appropriated public money or allowed those under investigation to appropriate it, "especially when the City Council paid a price for a sanitary material that, although it was defective in part, was delivered to it, the price being set by those investigated, who hid the amount of their high commissions from Collado.”

In his opinion, “regardless of whether Collado was more or less diligent in his actions, there is no evidence that he had the power by himself to contract with Leno, much less to dispose of public funds freely, because that ultimately corresponded to the Board of Directors of the Funeral Home.

Medina and Luceño collected 6 million euros in intermediary commissions in favor of the Leno company, which would pay them for their work. For the judge, Collado did not know it. "She was deceived by the commission agents who hid the amount of their excessive commissions that inflated the price of the contracts, so she acted in good faith in the contraction," he adds.

The magistrate defends that Collado, as a representative of the City Council, “had the urgent need to bring urgent medical supplies, without being required at the height of the pandemic with thousands of euros, exhaustive checks in relation to medical supplies, when there was no predetermined criterion regarding their price, which fluctuated continuously, becoming very high”.

1 Feijóo asks the Vox voter to “return” to the... 2 Feijóo asks Sánchez if espionage "has to do"... 3 Junqueras regrets that Junts has withdrawn from the... 4 Olona is registered in the home of the president of... 5 Feijóo delays the renewal of the Judiciary until... 6 Cuba: authorities recognize major drug shortages 7 The PP comes to the rescue of the Government to process... 8 JxCat gets out of the pact for the Catalan and tightens... 9 The hit of the Madrid City Council: a network of social,... 10 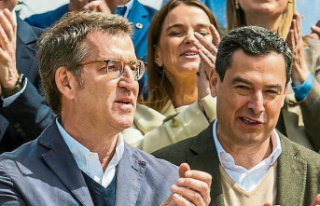 Feijóo asks the Vox voter to “return” to the...