The director of the Institut Valencià d'Art Modern (IVAM) and curator of the exhibition, Nuria Enguita, together with the artist Mar Arza (Castellón de la Plana, 1976) have presented 'Mar Arza. 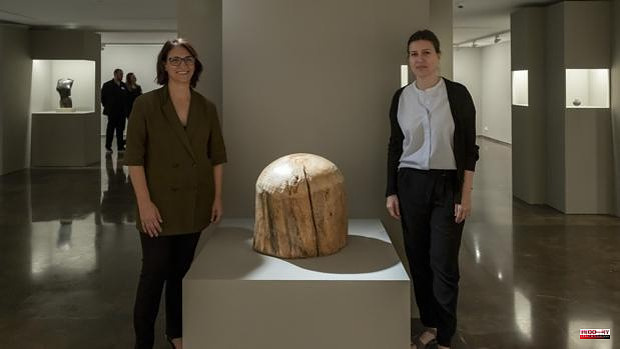 The director of the Institut Valencià d'Art Modern (IVAM) and curator of the exhibition, Nuria Enguita, together with the artist Mar Arza (Castellón de la Plana, 1976) have presented 'Mar Arza. Despite / A saber / A tientas', which opens on Thursday 26 May at the Julio González Center.

The exhibition explores motherhood, fertility, the female body and the meanings that this has been showing throughout the centuries through a total of 26 sculptures, twelve of them by the artist Mar Arza, in dialogue with works by Julio González from the museum funds and with archaeological pieces.

«The work presented by Mar Arza proposes an iconographic approach to ancestral historical forms, coming from ancient art related to the female body, always with a symbolism of fertility.

But the female body is not reduced to the maternal condition, it is not just a body that gives life. What the artist proposes is that this reduction that has occurred is not real. At the beginning there was a meaning that went beyond the pregnant body: the figures of goddesses that the room shows were also goddesses of the sciences and the arts”, explained the director of the IVAM.

The installation, specifically for gallery 3 of the IVAM, is divided into five sections called 'prayers' that make up the poetic or artistic structure of the project. "The modules into which the exhibition is divided are 'sentences', in the linguistic sense of phrases, and also because they hide a request," the artist detailed.

About the project, Mar Arza has pointed out that "the trigger was a piece by Julio González from the IVAM Collection, 'Grand buste féminin'", which shows analogy in forms with an early work by the artist, 'Shield'. Both pieces are exhibited in the first section of the exhibition together with a terracotta female figure from the Museu de Prehistòria de Valencia to create a harmonic structure.

The second section, 'Prayer in jars', speaks of the maternal body as a reference that is formalized in creations throughout history and in the most diverse geographies. The maternal body may well be a vessel that contains and nourishes, overflows with life and shelters her. 'Prayer of the gleba' deals with the representation of motherhood. The images of the mother standing with the child in her arms date back to the 4th and 3rd millennium BC. C. in the valleys of the Tigris and the Euphrates. A representation that is repeated and transformed ever since.

The next section deals with the pregnant body that points to the future, and this is childbirth: splitting in two and breaking off the part that no longer belongs to the body. In this section we will see figures that could be in a position of childbirth or in a revealing position of the immense exercise that implies opening the channel, open pods that split into unequal halves; or fluted pages that reveal the interior of a text. The last part, 'Prayer of Abundance', explores the feminine attributes and their representation.

Through these five 'prayers', Mar Arza proposes a journey in which ancestral forms show their dysfunctions and how the canon of the female body has been defined through a male gaze. "When the female body is elaborated from the female perspective, other points of view emerge that problematize the look and create enough edges to give a more complex and plural vision," summarizes the artist.

The exhibition 'Mar Arza. In spite / Knowing / To the touch' proposes «deep questions about the social imposition, the historical construction, which associates the feminine and the maternal and to what extent the figure of the woman as mother excludes her as a subject, eliminates the pleasure of the equation and builds it as a productive object within a patriarchal order”, concluded Nuria Enguita.

1 Albares sees the possibility of "unraveling"... 2 Experts in animal translocation warn that "there... 3 These are the five worst shootings in US history 4 The best water in the world is born in a spring in... 5 Castilla-La Mancha will "connect" from the... 6 Puig's brother's partner acknowledges to... 7 Schedule and where to watch the Champions League final... 8 The perpetrator of the Texas school massacre barricaded... 9 Democrats will try to make it harder to own guns 10 Castilla y León reports the first suspected case... 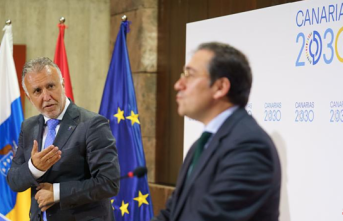 Albares sees the possibility of "unraveling"...