The Italian Parliament investigates Russian interference in the media

The Italian secret services are on alarm at the disinformation activity organized by Russia. 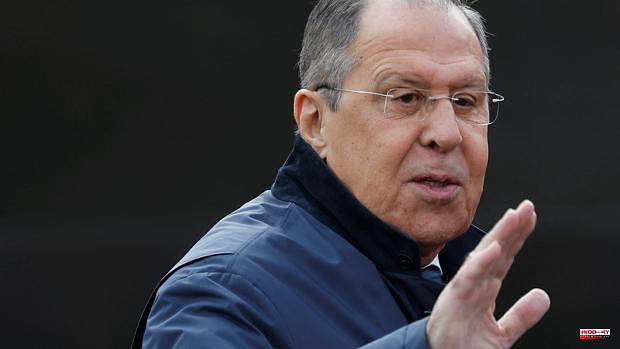 The Italian secret services are on alarm at the disinformation activity organized by Russia. Official reports from the intelligence services point to specific episodes and reconstruct the planning carried out by the Kremlin since July 2021, when what Moscow euphemistically calls a 'special military operation' began to take shape. Not only are secret agents responsible for this Kremlin strategy, but also journalists and professionals from various sectors. This is a clear "interference" by Russia, acknowledges Adolfo Urso, the president of the Parliamentary Committee for National Security (Copasir). This influence of the Kremlin has been evidenced in some Italian media, particularly in television debates, with interventions by some Russian commentators who could be at the service of Russian President Vladimir Putin, in the pay of the Kremlin.

Copasir has opened an investigation into Russian interference in the Italian media, with four parliamentary sessions from May 11 to 18. At the first meeting of this parliamentary committee, Carlo Fuortes, CEO of Public Radio and Television (RAI), appeared. Copasir meetings are secret, but some media, such as 'La Stampa', offer this crude summary of the session. The CEO of RAI, in the end, "came out being aware that his company has been crossed several times by Russian disinformation, because credit is given to subjects who are not who they say they are." Some parliamentarians have referred to the ways in which Moscow uses the weapons of propaganda: the Russian guests interviewed in the media are almost always a direct expression of the Kremlin and act on precise directives to contaminate the debate with fake news. Even seemingly independent figures, not just Russian, actually have ties to the Putin regime.

The Italian media have detailed some of the informants or supposed "spies" who intervene in the debates of the Italian channels. Russian television Zvezda, in particular, is at the center of the 'operations' in Italy. He has managed to get his journalist Nadana Fridrikhson, who works for the Defense Ministry, to appear quite frequently on the La7 channel and also on Raitre. Another frequent guest of La7 is Petr Fedorov, head of RTR, the international branch of the Russian television company Vgtrk, one of the three broadcasters referred to by the president of the European Commission, Ursula Von der Leyen, with these words: "They are mouthpieces who aggressively amplify Putin's lies and propaganda."

Against the idea of ​​welcoming Russian propagandists in the debates, the director of the La7 newscast, Enrico Mentana, has emphatically expressed himself: «I am proud not to invite those who support or justify the Russian invasion in Ukraine», commented the journalist. For her part, Nathalie Tocci, director of the Italian Institute of International Affairs, one of the most sought-after researchers on television, has already refused to go to debates with Russian propagandists. "I am not willing - explains Tocci - to become an accomplice to disinformation and, as such, to fuel the ongoing war, a war that is being waged both on the battlefield and in the media."

The intensity that the debate on Russian interference in the media has acquired in the transalpine country can be understood with a simple fact: in the last general elections, in March 2018, a parliament was elected with almost two thirds of its members hostile to the fundamental principles of liberal democracy, adding the supporters of Donald Trump, the admirers of Putin and friends of the Hungarian Orbán. The most striking case has been that of the 5-Star Movement senator, Vito Petrocelli, a pro-Putin, president of the Senate Foreign Affairs Committee, who has been forced to leave the presidency for openly declaring himself in favor of the invasion of Ukraine .

1 Legislative: after his conviction, the ex-LREM deputy... 2 The resignation of Jean Castex announced by mistake... 3 Macron in the United Arab Emirates on Sunday, Castex... 4 Oilers dispel doubts 5 Presidential: Marine Le Pen once again suggests that... 6 The Corsicans rent their cars to tourists 7 Connection lost in Abruzzo: Kämna has no chance at... 8 FC Barcelona closes a perfect First Iberdrola and... 9 Soaring prices: before buying, "we check the... 10 Taxes 2022: what to check, complete, what's new...... 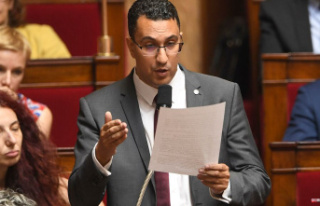 Legislative: after his conviction, the ex-LREM deputy...