'The Imperial'. A historic cafe in Zocodover between two centuries

In the 18th century, while the Spanish nobility was still devoted to the fondness of the chocolate jícara in their salons, the middle-class staff attended the botillerías. 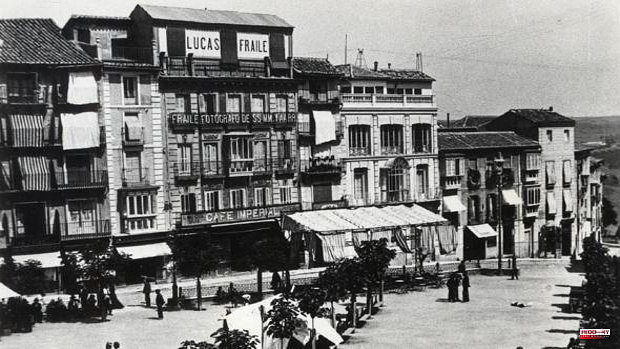 In the 18th century, while the Spanish nobility was still devoted to the fondness of the chocolate jícara in their salons, the middle-class staff attended the botillerías. Some of these began to serve coffee, being, according to scholars, the commercial city of Cádiz one of the first where there were premises exclusively dedicated to such an addictive infusion. In 1792, Leandro Fernández de Moratín premiered his famous La comedia nueva or El café in a central Madrid establishment. Starting in 1814, during the dark era of Ferdinand VII, the conspirators of the system found their refuge in cafes to discuss, read the Gazette or clandestine proclamations. In 1880 Madrid already had 97 premises of this type.

In that context, the text by academic Antonio Bonet Correa (1987) is conclusive: «In nineteenth-century Spain, war was declared between chocolate and coffee. Those who took the chocolate were the ecclesiastics, the canons and friars; those who drank coffee, the laity, the liberals».

In Toledo, the gradual fashion of cafes guided by a bourgeoisie little inclined to set foot in prosaic taverns was also experienced in the 19th century. He preferred to go to the central open places around the streets of Comercio and Hombre de Palo, endowed with a certain comfort, with sofas and corners for social gatherings, enhanced with some kind of buffet, newspapers, instrumental music and pool tables. The most notable gave carnival balls in its main room, which also served as a dining room for banquets of a certain pomp. Those located in Zocodover added the privilege of having a marquee where horchata and lemonade filled the tables on hot days.

At the end of the arcades of the Arco de la Sangre, at the beginning of the Cuesta del Alcázar, was the headquarters of the Real Compañía Guipuzcoana de Caracas in Toledo in the 18th century. The place would be remembered in the XIX as the Casa de Carcas, being already managed by the City Council. On the first floor, there was the so-called Café Nuevo, where there were masked balls and some musical evenings. In 1835 there is already news of the Café de Dos Hermanos, on Calle Nueva, a distinguished establishment that survived until approximately 1889. It offered musical programs by small groups and carnival dances on the main floor which, for a brief period, temporarily housed the Center for Artists and Industrialists (the Casino) founded in 1866. Another old business was the Café de Revuelta, in Calle de la Trinidad, whose activity ceased around 1909, frequented in the morning by the cathedral clergy. Other venues used to attract the Academy's young military clientele during their off hours.

Around 1878, Matías Lardi Brunoldi (or Rumaldy) opened the Café Suizo in Zocodover, with billiards and a dining room on the upper floor. In 1883, at Plaza de la Ropería, 7, Manuel Bartolomé Cabrejas' Café de Nueva York operated, where subscriptions to the newspaper El Duende were accepted. On April 6, 1887, in the same place, Mauricio Yela inaugurated his Café del Comercio. In 1890, the Guide to Palazuelos only mentions the Swiss, the Imperial and the Revolt in Toledo. Already in the 20th century, the well-remembered Café Español appeared in Zocodover in 1909. In 1928, the Bar Toledo underwent a complete renovation to become another famous café for faithful gatherings.

We believe that its origin would be after 1887, after Yela got rid of his Café del Comercio, since El Nuevo Ateneo cites this industrialist as "one of the owners of the new and renowned Café Imperial" which, in April 1890, served ice cream and cafes at the inauguration of public lighting. At the end of 1898, La Campana Gorda announced the transfer of the business, "since the owner had to be absent" for health reasons. Perhaps it was taken by Lorenzo Revuelta, because, in 1900, he asked the City Council to expand the marquee located in Zocodover. In 1902, regarding the aforementioned pavilion, José Braulio Muñoz and Marcos Díez were listed as tenants of the Imperial, the latter being the sole owner when it was closed in 1923.

The establishment witnessed the daily hustle and bustle of the square with its continuous walkers, unarmed unemployed and the transit of travelers getting off or getting on the station buses. The cafe had a central door and two windows on each side. The interior offered ideal corners for quiet moments. On the upper floor, in a large dining room, joyful family banquets and crowded entertainments were held. In the same building, a separate staircase led to an elegant apartment on the second floor. The third housed the photographic studio of the Fraile family, first run by Pedro Lucas (1894-1912) and later by his son, Daniel Lucas Garijo.

In 1908 El Imperial was renovated, perhaps before the opening of the neighboring Café Español. Among the users, it is easy to suppose that the guests of the not far Hotel Castilla attended, in the case of Galdós, Emilia Pardo Bazán, Rilke, Cossío, Joaquin Dicenta or characters from the local forum such as Arredondo, Navarro Ledesma, Gómez Camarero as well as faithful parishioners of the Toledo mesocracy. The musical background of a piano was provided by Professor Joaquín Flores, who had a reputation as a bohemian. There was no shortage of passing performers such as the sisters Adelina (violinist) and Lucía Domingo, some guitarists or modest illusionists in announced nightly soirees.

In March 1923 it was learned of the transfer of the premises to the Banco Español de Crédito. The weekly newspaper El Zoco lamented that a financial entity occupied precisely this cafe, «They could well have taken the Spanish or the Swiss or another, but not our very own! The Imperial!!" On April 1, the owner, Marcos Díez, organized a farewell dinner with chosen clients. El Castellano recounts that the evening closed with a gloss by Félix Conde and Marcos Díaz, Jr., at the end of which the photographer Rodríguez gave a “magnesium” with all the attendees. A month later, in the Madrid newspaper El Imparcial, the Toledan journalist Tomás Gómez de Nicolás signed his «Obituary of Café Imperial», a refuge for the «character of the old Toledan coffee» that even kept the «thick cylindrical glass, the classic glass of coffee”, it could have been a suitable place for the “Saturdays of Ramón Gómez de la Serna”.

The truth is that that exchange of a cafe to become a bank office was the precedent of those who lived in the same Zocodover square El Suizo and El Español, in 1972 and 1988 respectively.

1 Barcelona opens its first literary residence in Collserola 2 Sixth outbreak of COVID with 36 positives in Ocaña... 3 Putin follows the 'Orwell manual' in Mariupol:... 4 These are the cheapest hours of electricity this Wednesday 5 Armengol reduces tourist places by law amid doubts... 6 Reyes Maroto highlights that the dairy sector is a... 7 Correos faces three days of strike in the midst of... 8 Sánchez puts obstacles to gas pipeline connections... 9 The English Court closes the centers of La Vaguada... 10 A motorist dies after colliding with a trailer on... 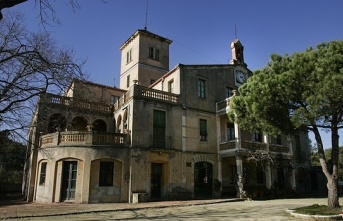