The Puerto Deportivo Juan Montiel de Águilas is once again the center of attention for national dinghy sailing as it hosts the ILCA 7 Spanish Championship that opened today and will be held until May 15. 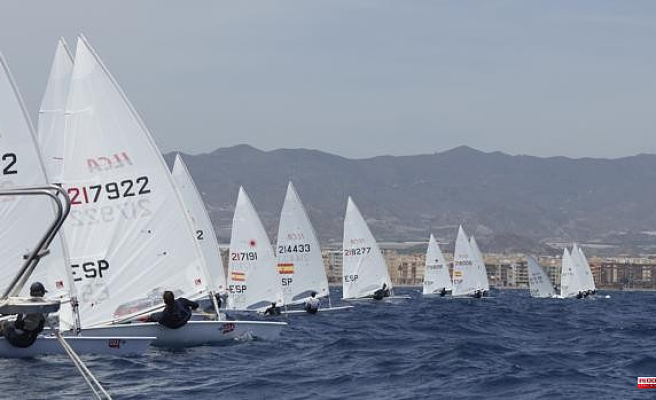 The Puerto Deportivo Juan Montiel de Águilas is once again the center of attention for national dinghy sailing as it hosts the ILCA 7 Spanish Championship that opened today and will be held until May 15.

The start of the regatta has been spectacular. A constant swell and an easterly wind, which has been increasing until reaching 16 knots of intensity, have left an idyllic and regatta day both for the athletes, who have successfully debuted on the regatta course, and for the Committee, which has been able to start on time in the bay of Águilas and complete the three scheduled tests. The wind, which has gone from less to more in each of the tests, has demanded the maximum potential of the sailors who, focused on not failing, have rushed all their options to get to the head of the general classification.

The equality between the applicants has been palpable in each of the disputed partials. Proof of this is the successive exchange of positions that we find in the first places, and that open a first classification with a very established top six and a top of the list tied on points.

Carlos Roselló (CN Ibiza) and Pablo Guitian (CD Cádiz), equal on points, become the first leaders of the ILCA 7 Spanish Championship. of the day none managed to cross the finish line among the first three, the following two heats have not resisted them and have been decisive to place them at the top of the general classification since they dominated in both partials.

‘The day has been complicated because the wind has been playful, but I have looked good, and I am happy with the result I have obtained. Now it's time to face the remaining three days in the best possible way' says Carlos Roselló.

Gonzalo Suárez (CN Altea) enters third overall, who in turn is the leader in sub21, since within the same regatta there is an absolute category and a Sub21 category. Just one point behind is Ricard Castellvi (CN Cambrils) who, with a fourth overall, rises to the silver position in the Sub21 category. And closing the top five Mario Plomer (CV Puerto d'Andratx).

Tomorrow the ILCA7 Spanish Championship continues at the Puerto Deportivo de Juan Montiel with the first start scheduled at 12:00 and where, weather permitting, three other tests are scheduled.

1 Vuelve la EKP International Women’s Sailing Cup 2 Haaland leaves an open door in his contract 3 Demare wins by the minimum and Juanpe keeps the pink 4 The “Victoria” takes off with the third season... 5 Schedule and where to watch Nadal - Shapovalov 6 Dozens of clubs judicially challenge their possible... 7 Suzuki formalizes its exit from the World Championship 8 The Grizzlies punish the Warriors without Ja Morant 9 CNN publishes a video where Russian soldiers shoot... 10 Spain hands over Hugo Chavez's nurse to the US 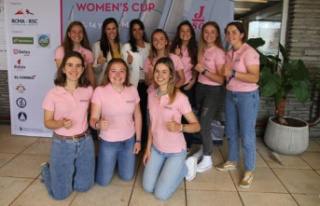