The IGME will be the 'eyes' of the coastal road in La Palma, works with an invisible threat

The road along the coast of La Palma, which will be rebuilt after the passage of the Cumbre Vieja volcano, will be guided by more than engineers and technicians. 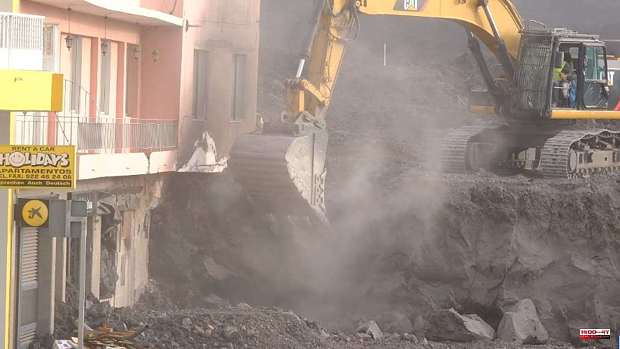 The road along the coast of La Palma, which will be rebuilt after the passage of the Cumbre Vieja volcano, will be guided by more than engineers and technicians. This route on lavadas will have the experienced eyes of the IGME, in collaboration with the Ministry of Transport, Mobility and Urban Agenda (Mitma) and the State Agency Higher Council for Scientific Research, M.P., (CSIC), to overcome the difficulties that it hides under the surface.

Both institutions have signed an agreement for the transfer of a license for the non-exclusive use of the set of cooling maps of the lavas emitted during the 2021 eruption in La Palma (Canary Islands). The maps, belonging to the Intellectual Property of the CSIC, have been prepared by the Geological and Mining Institute.

The maps that they will use are serialized by date with the temperatures of the lava flows, for two types of specific depths, and are intended to establish the path that the machines must take, as well as a map of the probability of finding lava tubes in depth, another of the threats of these works.

Under the lava flows of La Palma, there are hot spots that range from 400 to 1,000 degrees depending on the area, as well as fumaroles and lava tubes, which draw a hidden and dangerous network from Cabeza de Vaca to Tazacorte.

The objective of this collaboration, therefore, is to be able to look further thanks to the IGME maps, which will guide the restitution works of the LP-213 highway, which has a budget of 38 million euros.

This road is currently being executed by Mitma and will allow the road connection to be restored in the west of the island, affected by the volcanic eruption.

1 The CNMV suspends the listing of Acerinox due to a... 2 The Madrid Gospel Choir sings against Alzheimer's 3 Manel Loureiro presents this Friday in Toledo his... 4 Sheets with mold, without air and in an abandoned... 5 Dismantled a criminal group that committed 15 robberies... 6 The Justice ratifies the Castilian in the school of... 7 The municipalities managed by Hidraqua reuse eight... 8 Streets closed and parking prohibited in Valencia... 9 Corpus chairs can be purchased on Tuesday, June 7... 10 The TSJ annuls the traffic regulation plan with bus,... 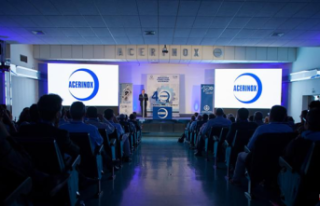 The CNMV suspends the listing of Acerinox due to a...