The ICRC asks for access to Azovstal prisoners of war, which Russia already estimates at 1,740 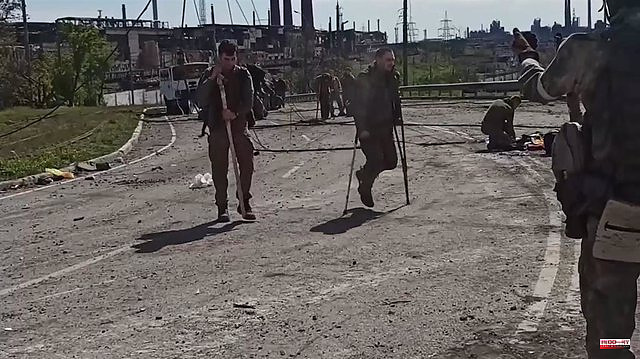 The International Committee of the Red Cross (ICRC) has already registered "hundreds" of prisoners of war released from the Azovstal steelworks in Mariupol, and has requested access to these people, to be able to interview them without witnesses from either party. According to Moscow, there are already more than 1,700 soldiers arrested.

Specifically, the Russian Ministry of Defense has raised this Thursday to 1,730 the troops that have been delivered to these facilities, a symbol of local resistance against the Russian siege and where hundreds of civilians remained refugees for weeks. In the last 24 hours, Moscow has captured more than 770 soldiers, according to the count collected by official agencies.

The Ukrainian authorities have not confirmed these data and, for now, they maintain their interest in making a future prisoner exchange with the soldiers who are captured after leaving the steel mill.

The ICRC began on Tuesday to register these prisoners, "including the wounded", at the request of both parties, and for now it does not have exact data. Nor is he involved in transporting these people to the places where they are being held in eastern Ukraine.

The organization records the name, date of birth and close relative of these prisoners, with a view to keeping a clear record and helping them stay in contact with their families, according to a statement. The ICRC, which maintains a "confidential dialogue" with Ukrainians and Russians, has recalled that, as established by the Geneva Conventions, it must have "immediate access" to these people.

"If circumstances allow, the parties to the conflict must take all possible measures to search for and collect the bodies," he added. The Russian authorities have assured that they provide assistance to the wounded and have released images with which they intend to demonstrate this care.

1 Trump proteges disappoint 2 Urkullu denounces the "bargaining to Justice"... 3 Ada Colau will opt for a third and "last"... 4 1,730 Ukrainian servicemen from Azovstal have surrendered... 5 Seven out of ten women want access to the pill without... 6 Why does silence bother us so much? 7 [PHOTOS] Montreal: a vehicle ravaged by arson in Rosemont 8 Is the Lloviu filovirus a threat to global health? 9 Let's get rid of this archaic function 10 This strange monarchical bond imposed 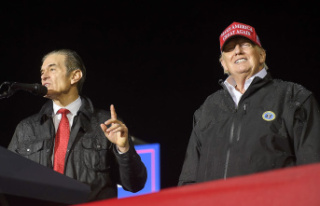