The Ibérica Group, new owner of CD Toledo, presents itself with the promise of a sports city

The sad sporting reality of CD Toledo is that next year it will compete against the subsidiary of CF Talavera, its historic rival, in the Third RFEF. 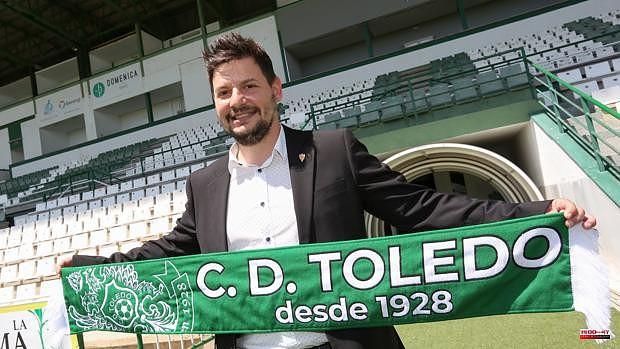 The sad sporting reality of CD Toledo is that next year it will compete against the subsidiary of CF Talavera, its historic rival, in the Third RFEF. Remember to know where you start from. Three days after culminating a disastrous season, bottom and relegated three days in advance, this Wednesday, May 18, the Ibérica Group, new owner of the green club, has been publicly presented at the 'Salto del Caballo'.

Fernando Núñez Lirio, son of the group's founder, is going to be the person who will be in charge of the ship. His recipe goes through three keys: economic seriousness, patience and professionalization of all areas of the club. And a promise for which, at the moment, there is no date: to build a sports city "that belongs to Toledo, not CD Toledo".

Obviously, the help of public administrations in this matter will be essential.

The Ibérica Group has carried out a capital increase that has allowed it to "clean up the accounts" and settle that backpack of debt that was drowning the club. Now he has 75 percent of the shares. Domenica Sports, of the Argentine Alejandro Jara, maintains 20 percent and the rest remains in the hands of minority shareholders.

The structure of the green club is as follows. At the top there will be a board of directors, commanded by Fernando Núñez Lirio. Alejandro Lara remains as CEO and Joaquín Sánchez Garrido from Toledo continues as president.

Meanwhile, Luis Jaime Puebla ceases to be responsible for the sports area and is replaced by the duo formed by David Vizcaíno and José María Rivas. Vizcaíno, who is also the sports director of the Cadiz-based San Fernando CD, of Primera RFEF, will manage from a distance and Rivas will be "one hundred percent dedicated."

As for the coach, it is still unknown if Javi Sánchez will continue. The new owner of CD Toledo has assured that the decision should be announced soon, in about five or ten days, and that it will be taken by Vízcaíno and Rivas. Fernando Sánchez has insisted that he will not get involved in any sporting decision.

1 Alberto Romero's exhibition on Alfonso X is extended... 2 NATO allies still do not give the go-ahead to open... 3 Millionaires wanted by Loto-Québec 4 The Basque Country will give €200 a month for each... 5 Laia Palau retires at the age of 42 6 Margarita del Val urges to stop "as soon as possible"... 7 River shuttles: the pilot project expanded to six... 8 Von der Leyen asks the 27 to "maintain the momentum"... 9 'Miguelón' already has his cervical spine 10 Kerman Lejarraga: "This fight is like a world... 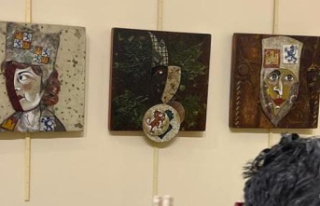