The Ibex ends its bullish streak but still holds 8,900 points

The Ibex-35 ended the session in negative with a slight decrease in 0. 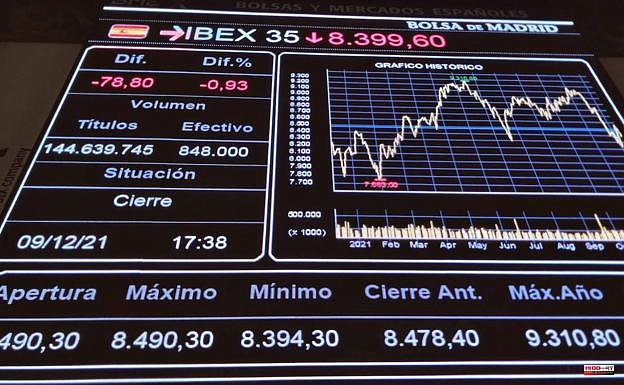 The Ibex-35 ended the session in negative with a slight decrease in 0.03%. This means it has ended its bullish streak of six consecutive sessions of rising, but it has maintained above 8,900 points. However, the sector of tourism was at the top of the selective in a day marked with Wall Street's festivity for 'Memorial Day.

Today's publication revealed that the Consumer Price Index (CPI), which rose 0.8% in May relative to the previous month, increased its interannual rate by four tenths to 8.7% due to an increase in gasoline prices as well as food prices.

The General Index of Export Prices of Industrial Products also registered an interannual growth of 21.1% in April. This was four tenths higher than the March rate, and the largest interannual rise since January 2006.

Concerning statements by the European Central Bank (ECB), Philip Lane, the chief economist, stated in an interview that he believes it is appropriate to end negative interest rates within the euro area in a gradual manner. He also said that he thinks it appropriate to raise rates 25 basis points in July and September to maintain a "reference pace" in the face more severe rises in money prices.

The Russian Federation also plans to use a similar mechanism to collect gas exports to pay investors. After the United States blocked payment in dollars for Russia's debt last week, denominated in currencies.

The euro was priced at 1.0777 greenbacks against the dollar. The Spanish risk premium stood out at 108.7 base points and the interest on the 10-year bond stood at 2.122%.

1 Political polarization and rural life: Will Spain... 2 Aleix's first warning for the World Cup: pole... 3 The way we pronounce Uvalde speaks volumes about the... 4 Sanchez and Casado pass an exam in Castilla y Leon... 5 Chicago archbishop joins the call for gun safety legislation... 6 With 23 diverse proposals, the OCG returns sound and... 7 Rafael Quirosa: "The neighbourhood associations... 8 After McCormick concedes, Dr. Oz wins Pennsylvania's... 9 Warning for tropical storms in parts of Florida 10 Today marks the start of the first private mission... 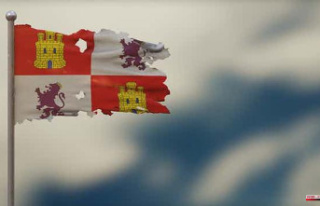