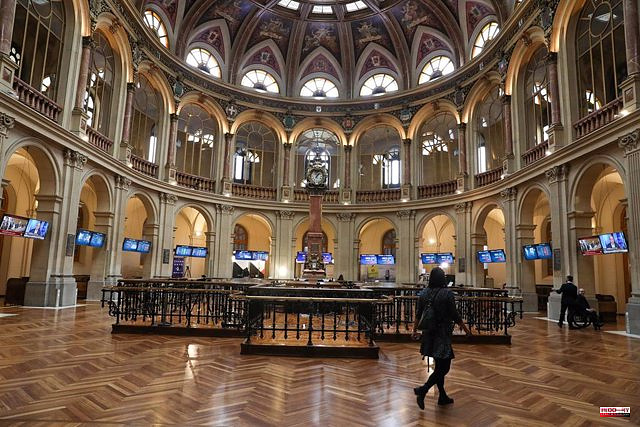 The Ibex 35 posted a rise of 1.45% in Tuesday's session, which has allowed it to approach the 8,500-point barrier, in a scenario marked by the evolution of the Covid-19 in China and the publication of macroeconomic data.

The authorities of the Chinese city of Shanghai have set themselves the goal of returning to normality in June. "Fifteen of Shanghai's 16 districts have removed the Covid-19 restrictions outside the quarantine zones," said Zong Ming, deputy mayor of the city, as reported by the 'China Daily'.

On the other hand, the quarterly Gross Domestic Product (GDP) of the euro zone has been published, which registered an expansion of 0.3% in the first quarter of 2022 compared to the fourth quarter of last year, when growth was similar, according to the first estimate of the data published by Eurostat, which includes an expansion of 0.5% in employment, one tenth more than in the previous three months.

Compared to the first quarter of 2021, the GDP of the euro zone grew by 5.1%, which represents an acceleration of four tenths compared to the year-on-year rise of the previous three months.

In Spain, the debt of the public administrations as a whole registered an increase of 0.85% in March compared to February, reaching the historical maximum of 1,453 billion euros, which stands at 117.7% of GDP, according to advanced data this Tuesday by the Bank of Spain.

On its side, the trade deficit stood at 15,416.5 million euros in the first quarter of the year, which means multiplying by almost five (372%) that registered in the same period of 2021.

Regarding the war conflict, the Russian Government has recognized that there is currently no type of negotiation with the Ukrainian authorities to lower the war tensions, according to Moscow due to kyiv's lack of commitment to a dialogue that has hardly produced practical results .

Russian Deputy Foreign Minister Andrei Rudenko has confirmed that "the talks are not going on". "In fact, Ukraine has come out of this process," he said, speaking to the press during a forum collected by the TASS news agency.

Finally, the price of the euro against the dollar stood at 1.0537 'greenbacks', while the Spanish risk premium stood at 106 basis points, with the interest required on the ten-year bond at 2.115%.

1 Seat will review more than 27,000 hybrid cars worldwide... 2 Colonial earns 28 million euros until March, 32% more,... 3 The Government reinforces aid for self-consumption... 4 The dome of the church of the Monasterio de la Alconada... 5 The judges definitively knock down the restrictions... 6 The new wave of the coronavirus already causes an... 7 A delivery man arrested for harassing a client to... 8 Putellas: "If there is something more complicated... 9 Kamel report: no new mandate for the CEO of the CIUSSS... 10 LeBron James: "Luka Doncic is my favorite young... 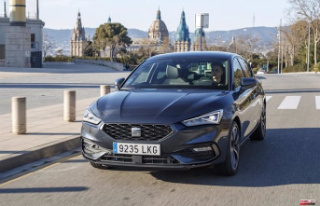