The House-Museum of Lope de Vega: a window through which to peek into the Golden Age

There was a time, four centuries ago, when the greatest writers of the moment and of history lived together in the same neighborhood: Miguel de Cervantes, Francisco de Quevedo, Luis de Góngora, Tirso de Molina or Lope de Vega were neighbors of Orchards. 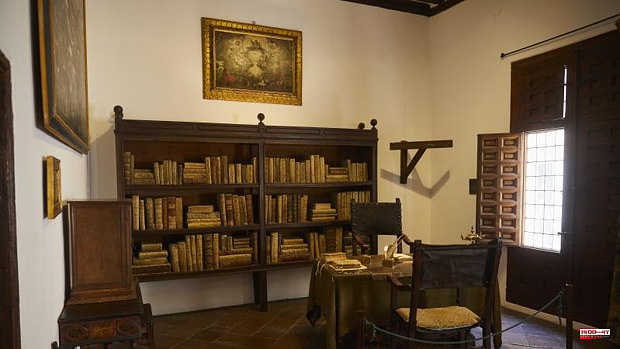 There was a time, four centuries ago, when the greatest writers of the moment and of history lived together in the same neighborhood: Miguel de Cervantes, Francisco de Quevedo, Luis de Góngora, Tirso de Molina or Lope de Vega were neighbors of Orchards. Of the latter, the house in which he lived and wrote some of his best works is still preserved. A building converted today into a museum that reconstructs the spaces inhabited by the phoenix of the mills and whose visit opens a window that allows us to peek into the Golden Age.

The visit to the House-Museum of Lope de Vega -free, although prior reservation is essential- runs through the three floors on which the building is distributed, which has miraculously survived to date, after many changes of owner: the last, the Royal Academy of Language, which through an agreement transferred its management to the Community of Madrid.

The Ministry of Culture, directed by Marta Rivera de la Cruz, is now in charge of the House-Museum.

Lope lived on this estate, now on Calle Cervantes -formerly known as Calle de los Francos, by the Gallic merchants who settled there- from 1610 until his death in 1635. He lived with his second wife, Juana de Guardo, and their children, Carlos and Feliciana. After his wife died in childbirth, he also took his other children there, Marcela and Lopito, the result of his extramarital relationship with the actress Micaela de Luján. And finally, his last love arrived at the house, the very young Marta de Nevares, who died there several years before the writer himself.

Although the continent is the same one that Lope traveled through, it has been reformed and 'dressed' for its musealization, with pieces that, in some cases, could have been the originals, but in general they correspond to the time in which he lived, the tastes of then, what the existing documentation describes and what marked his condition as famous with a certain position: a successful man.

The chapel -with a carving of San Isidro, at whose canonization Lope was present- can be seen from the writer's room: through a window cut into the wall, he could pray from his own bed, as was the case in the monasteries of El Escorial or Yuste.

Lope arrives at his home in Madrid in a calm stage, past 40 years old and with the intention of settling down, after a very hectic life, socially and sentimentally. But a few years after arriving, he loses his wife Juana in the birth of her daughter Feliciana, and his little Carlos. A double drama that makes him rethink his life trajectory, and leads him to become a priest. He gave his first mass in the Parish of San José, and they say that he was filled with women who did not believe in his new vocation.

In the writing and receiving room, with windows overlooking Francos street, Lope sat at his table and wrote masterpieces such as "fuenteovejuna" or "El Caballero de Olmedo". There you can now see a deposit of books donated by the National Library -which reflect the cultured, literate Lope and related to humanists of the time-. And a painting of his nephew Luis Rosicler, where two children are seen who could well be his children Carlos and Lopito.

Next to this room, there is the area dedicated to women, which with its cushions on the floor, has a certain oriental inspiration. And a little further on, the austere bedroom of the genius, in whose bed he died and from where he was taken for his burial to the church of San Sebastián, the closest one, which he himself chose "to give less annoyance to those who carried my body" .

He did not succeed, nor did he have "the funeral of a poor priest", as he intended: Lope was so famous that the streets were filled to see his entourage pass by. That he also made a detour to go through the convent of Las Trinitarias, where his daughter Marcela was consecrated.

In the house a dining room has been recreated with its oil candles -the candles were very expensive-, for which Lope himself asked in his letters to the Duke of Sessa, his protector, «Andalusian oil; if you do not send it to me, I will dine without light». It is known from his correspondence that Lope de Vega liked torreznos, and that on occasion, he ate eggs from his hens with asparagus.

The family's bedrooms are surprising because of how different they are: that of the girls, Feliciana -the heiress of the house, since she was the last legitimate one left- and Antonia Clara, the last to be born, of her relationship with her great love Marta de Nevares. Two beds, a sewing chair, and a small cabinet in one of whose drawers is hidden in the back, a small secret drawer. Antonia Clara had a sad story: at the age of 17, she ran away with a gallant, who then did not respond to her promises and did not want to marry her. Antonia had to return, disgraced, with her sister, who welcomed her into her house.

Although it was not customary, Lope taught all his daughters to read. Although the only one who accompanied him in writing was Marcela; her decision, at the age of 15, to go to the convent saddened him and made him lose, in the process, his main assistant.

On the upper floor there is a unique space: the guest room, where due to legal obligation -the regalia of rooms- the owners had to house soldiers or officials who passed by the court. Captain Contreras lived there for nine months, and his sword and cape are still preserved, leaning on the bed, as a reminder of the knight, soldier of the Tercios and a half corsair, who ended up befriending Lope, and is the basis of the character of Alatriste, they explain in the House-Museum.

The small size of the bed draws attention; the reason is given by the customs of the times: one did not sleep stretched out, because that could "raise the blood to the head" and also reminded one of death; he slept half lying down.

In the small service room, the cook, Lorenza Sánchez, whom Lope named in his will, is remembered, donating 200 reais. That she later withdrew him, for helping his youngest daughter escape.

The room of the sons shows a cradle in which a belt of amulets is still preserved: it gathers badger claws, crushed chestnuts, coral and other substances that were considered protectors from evil, and which hung from chains attached to the belt. Remarkable attempt to take care of the little ones, in a period when infant mortality was savage: Lope lost 10 infant children throughout her life, and two wives died in childbirth.

On the ground floor, the back of the house hides a treasure: the small garden that is a haven of peace. Inside, among plant species mentioned by Lope or typical of his time, and an orange tree that recalls his Valencian period, it is easy to get lost in thoughts about the life of this and other geniuses in that Golden Age of misery and splendor.

1 Toledo hosts the presentation of the book 'The... 2 Daily horoscope May 18, 2022 3 “We are considering accepting some patients with... 4 Two different views on the new abortion law 5 "In order for the Ertzaintza to be at the forefront... 6 Rubén Pozo: «It has been impossible for me to find... 7 Say with me: O kla ho ma 8 “In Mexico I recovered my essence” 9 Important drinking water supply issue in Saint-Lin-Laurentides 10 Quebec announces a new police team dedicated to kidnappings 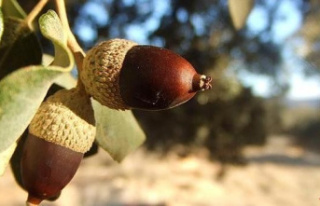 Toledo hosts the presentation of the book 'The...