Honda Spain began in 1992 its actions in favor of the safety of motorcyclists by launching the Honda Driving School (HEC). 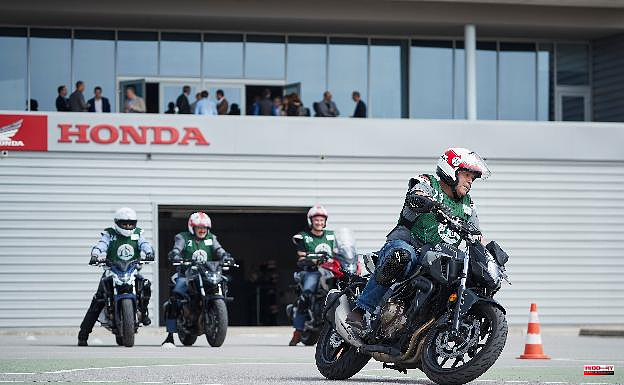 Honda Spain began in 1992 its actions in favor of the safety of motorcyclists by launching the Honda Driving School (HEC). In 2022, the year in which its 30th anniversary is celebrated, the HEC will reach the spectacular figure of 90,000 motorcyclists who have benefited from its training programme. If, in addition, the different actions to promote Road Safety are added, they accumulate 192,000 beneficiaries. Driver training, together with the application of technologies, are the main lines of action to achieve the goal of zero deaths by 2050 due to traffic collisions involving Honda vehicles globally.

For Honda, the safety of motorcyclists is a priority and one of its main pillars in terms of social responsibility. In 1970 it became a pioneer in the training of motorcyclists with the creation in Japan of the Traffic Safety Promotion Division, where a training method was launched that was exported all over the world until it currently has more than fifty international centers.

In Spain, Honda's work in Preventive Training began in 1992 with the launch of the Honda Driving School (HEC), one of the first entities dedicated to training motorcyclists at a national level that began its activity with courses road education and improvement of motorcycle driving.

“For Honda, the safety of motorcyclists is not an option since it is part of our responsibility as a manufacturer. With an annual production of 20 million units and more than 400 million accumulated, Honda is the world's leading motorcycle manufacturer. However, our role is not limited to offering mobility solutions to millions of people around the world, but also to worrying about their safety through dedicated technology and a differential aspect, the training of motorcyclists", explains Albert Cavero, director of communication from Honda Motor Europe Spain. "And it is proven that almost 90% of accidents are due to the human factor, so user training is of vital importance when it comes to reducing the accident rate," he adds.

Already in 1994, Honda took an important step in Spain by establishing its first permanent training center located in the facilities of the Barcelona town of Santa Perpètua de Mogoda. A first paved road was built, which made it possible to centralize and evolve the HEC courses, complemented by itinerant activity, moving monitors, driving simulators, motorcycles and training materials, and providing free training in road safety education in secondary schools.

These facilities would lay the foundations for the Honda Institute of Safety (HIS), a large complex dedicated to the training of motorcyclists inaugurated in 2009 and turned into a benchmark at European level, which involved an investment of more than 4 million euros by the brand. The HIS has more than 20,000 m2 of facilities designed exclusively for training and offers a wide range of courses available to any motorcyclist profile regardless of age, license or level of experience. The program includes a total of 12 courses designed to meet the needs of all types of users: from 6-year-olds to the most experienced adults, with specific facilities that include classrooms for theoretical sessions, driving simulators, a training workshop, changing rooms and a garage that houses more than 60 motorcycles of different models.

In addition, the center has three tracks: a multipurpose track of 8,000 m2; an off-road area of ​​6,000 m2; and a sliding track where various braking exercises are carried out with motorcycles adapted with stabilizers. All this translates into an outstanding evaluation by the students (9.5 points out of 10 in satisfaction index) and in having become in 2018 the first motorcyclist training center at a national level to receive the European Training Quality Seal. «Our premise is to offer all possible facilities to favor participation, so much so that we include the transfer of helmet, gloves and protections, as well as the motorcycle, insurance and gasoline, in the cost of the course -says Albert Cavero- .

In this sense, the world president of Honda Motor, Toshihiro Mibe, announced that initiatives will be carried out that seek to further guarantee the safety of Honda customers. Mr. Mibe confirmed the goal of zero road traffic fatalities involving motorcycles and Honda cars globally by 2050 (and a 50% reduction by 2030).

An ambitious purpose that will be pursued, on the one hand, by strengthening research and investments in safety technologies, such as new advanced omnidirectional assistance systems that interconnect the driver with other vehicles and road infrastructure, allowing potential risks to be predicted and helping people to avoid them before collisions occur, as well as Artificial Intelligence systems that adapt to the capacity and situation of each individual to reduce driving errors and risks.

And on the other hand, through greater promotion of the third axis, Preventive Safety, which, in addition to signaling technologies (emergency braking indicators, powerful lighting systems, etc.), includes, above all, driver training and awareness , an important task that Honda carries out as a pioneer in the two-wheel sector and that has allowed it to accumulate a high level of knowledge and experience in motorcyclist training material. HEC will therefore be a fundamental pillar in achieving this objective of zero deaths.

We had the opportunity to put all this theory into practice, taking part in one of their courses, in this case the advanced level, which mixes anticipation and control exercises on asphalt and a fun second phase on the dirt track on the CRF 110, Focused above all on provoking and controlling the motorcycle in a skid at the exit and entry of the curves. Although I have many km of motorcycle, I must admit that it is always interesting that expert people like the monitors of the HIS, make you see those vices acquired over time and that with a little attention they can be improved. In my opinion, everything learned in my case is very useful and of course almost essential for anyone who starts in the motorcycle world.

1 Lexus opens reservations for the RZ 450e, on sale... 2 Two first cases of monkey pox confirmed in Quebec 3 Rivas: The mayor will meet with families without building... 4 The award of the competition for the Plaza de Las... 5 Rahm leaves a lot of work in Tulsa 6 The controversy over the Saudi golf revolution sneaks... 7 The Basque Country will have a "relevant"... 8 The Government allocates 15 million to launch the... 9 War crimes: Five Western countries support Ukraine's... 10 Collège François-de-Laval: a former student claims... 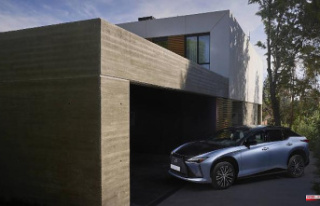 Lexus opens reservations for the RZ 450e, on sale...