Universo Oculto is a publisher linked to Toledo that gives priority to Toledo issues in its collections. 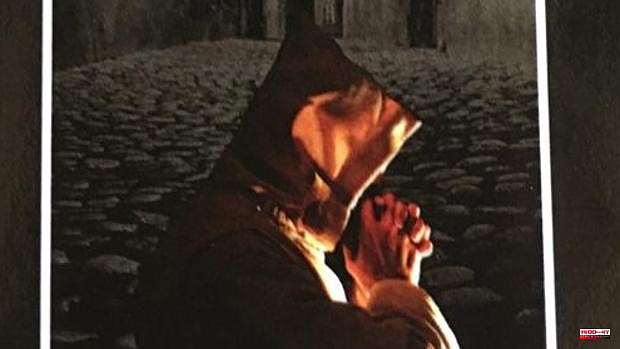 Universo Oculto is a publisher linked to Toledo that gives priority to Toledo issues in its collections. Directed by fellow researcher and writer Luis Dévora, in a short space of time, barely two years, it has managed to carve out a niche for itself among the publishing houses that deal with the rich cultural heritage (urban, symbolic and literary) of our city. In this edition, his books are represented in numerous booths at the Fair and on Saturday 14 (at 5:30 p.m.) the author Diego Valor and Luis Dévora himself are scheduled to sign their respective titles published within this label.

Diego Valor, historian, social anthropologist and also a jurist, collects and analyzes in the book 200 cases of Witchcraft numerous witchcraft trials instituted by the powerful Toledo Court of the Inquisition, whose jurisdiction extended to Madrid and much of the La Mancha region.

With forensic thoroughness, he presents 200 cases of witchcraft in a book with this title. It is a work that exposes and analyzes, that does not judge or sentence. And that shows the great role of women in these unique trades and dedications, perhaps as a compensation mechanism for their secular relegation in other areas.

'Al awakening', the novel by Carlos Dueñas is a fast-paced thriller, with one foot in the fantastic, which investigates the seams of reality, the other side of the tapestry, the interior of the mirror. An archplot that unites the beginning of the 20th century with the present day, a distant crime in the countryside with a big 21st century city. The novel is one of those that catch you from the start, a reading that you are looking forward to returning to after the daily routine. In literature, as in historical or scientific research, I am interested in projects and texts that reveal hidden or undetected aspects, that contribute things and hook us, transforming our lives in some way. The author, well known in the film and audiovisual world, directed the Barcelona Film Academy and has won almost a hundred awards with his short films ' Nunca es Domingo' and 'Colors', for which he received a nomination for the Hollywood Oscars.

Luis Dévora, author of 'The refuge of the dark night', almost police-reconstructs, as if it were a thriller, that night in August when Saint John of the Cross decided to escape from the convent of Carmen footwear to wander the streets of Toledo looking for shelter. Being initially denied asylum by his barefoot sisters, then located on Núñez de Arce Street, due to the untimely hour, he found shelter in a nearby mansion, which until now had only been conjecturally indicated. A detailed historical, architectural and even archaeological study, with the comparison of all available bibliographic sources, leads to the unequivocal unveiling of this emblematic Toledo enclave. A selection of the poetry of Saint John, the summit of our letters, completes this book, which sheds light on a terrible but also luminous night, since it generated one of the masterpieces of literary history in Spanish.

Among other events to be held in Toledo with national and international projection, Universo Oculto is preparing an edition of Jorge Manrique's 'Coplas' conceived for readers of the 21st century. With a text in a modernized version, free of archaisms that contribute nothing and alienate contemporary readers, and the 40 couplets, plus the two posthumous ones, illustrated by the prestigious current Dominican artist Geo Ripley, an art edition available to everyone readers. Jorge Manrique was totally linked to Toledo, due to his marriage to Guiomar de Meneses, daughter of the Count of Fuensalida, due to the upbringing of his two sons, and due to his belonging to the poetic court of the Toledo Archbishop Alonso Carrillo. It often seems to be forgotten that Jorge Manrique must have resided for many years in the Palacio de Fuensalida, property of his mother-in-law, where he would have his family home. His link with Castilla-La Mancha through the Manrique Triangle (wounded in combat in Garcimuñoz, death in Santa María del Campo Rus and burial in the Santiago monastery of Uclés), is well known.

This publishing house makes a solid commitment to rigorous projects both in literature and in historical or scientific research, with texts, preferably linked to Toledo and its rich history, that reveal hidden or undetected aspects, that tend to contribute things and transform in some way way our lives.

1 A mysterious “gate” discovered on the planet Mars 2 The judge refuses to charge the high-ranking Madrid... 3 Those who oppose secession continue to be the target... 4 Many tactics used to counter inflation 5 United States: the shortage of baby milk could last 6 One last chance for the Bruins 7 Difficult series for Jesperi Kotkaniemi 8 Montreal-born Christopher Boucher will lead the Canadiens'... 9 Maple Leafs demons are aging 10 The British press generates alarmism due to the loss... 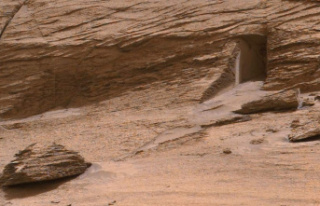 A mysterious “gate” discovered on the planet Mars