The hidden Cuban athlete appears: today he competes in Huelva

"It's going to be his first competition since he ran away. 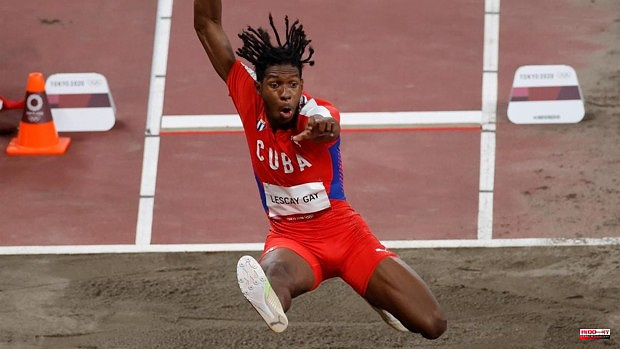 "It's going to be his first competition since he ran away." This is what Luis Felipe Méliz, the new coach of Lester Lescay, tells ABC, who left the Cuban team in early March and is looking for a new future in the international long jump scene. Lescay competes this afternoon at the XVII Ibero-American Meeting in Huelva (Teledeporte, 7:30 p.m.) with the aim of overcoming eight meters and returning to the world elite in his new status as 'athlete without a country'.

“We are waiting for some nation to be interested in him. Hopefully it will be Spain”, indicates Méliz, who will direct the new steps of the Santiago jumper from Guadalajara. Lescay's future faces the unknown of the Paris '24 Games, the question of how those three years that he must be without competing in official championships in order to change national team will be counted.

Lescay competed on July 31 of last year at the Tokyo Games, although from his environment they will fight for the date of July 23, the official start of the Games in the Japanese capital, to be taken as a reference for the calculations. The Paris Games will start on July 26, so a long fight is coming in the offices.

Lescay, with a personal record of 8.28 meters, has a difficult challenge this afternoon. He faces two very tough rivals, the Uruguayan Lasa (8.28 this year) and the Indian Aldrin (8.26). The competition will serve to verify the true state of Lescay and how he is physically and emotionally in his new situation. He has not competed since the 8.01 he jumped in Belgrade last March 7th. Hours later he fled from the Cuban team.

1 Top 14: Toulon deprived of half of its foreign stars... 2 Rodolfo Hernández, an 'outsider' in the... 3 Bachelet's guarded trip to "Xinjiang Potemkin" 4 Northern Ireland, the smokescreen with which Johnson... 5 "Bachelet's choreographed visit to Xinjiang... 6 Paris and Berlin hope for a release on Russian oil... 7 “We are in shock; their brothers adored them» 8 José Mourinho, a “Special one” specialist in... 9 Congress knocks down the PP's attempt to lift... 10 Top Gun: Maverick, Future Crimes… The films to see... 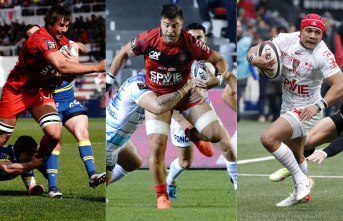 Top 14: Toulon deprived of half of its foreign stars...