The heat wave will keep temperatures elevated at least until Thursday

The heat wave that is affecting a large part of Spain will continue in Castilla y León, at least, until next Thursday, the 16th, with maximum temperatures that will gradually rise. 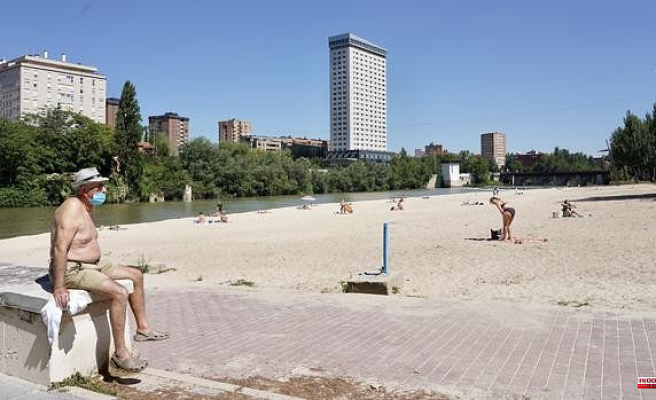 The heat wave that is affecting a large part of Spain will continue in Castilla y León, at least, until next Thursday, the 16th, with maximum temperatures that will gradually rise. For Wednesday the 15th, the maximum in the provincial capitals will range between 41 degrees in Zamora and Valladolid and 36 in Ávila and Segovia, while the minimum on Thursday will exceed 20 degrees in all cases.

For this Monday, the State Meteorological Agency, Aemet, maintains the warning for high temperatures in all provinces. In the south of Ávila, in areas of the Tiétar Valley, it could reach 38 degrees, while in many parts of the Community the thermometers will exceed 36.

In addition, scattered showers are not ruled out that may be accompanied by a storm, occasionally with hail, especially in the eastern half and in the north.

On Tuesday the situation worsens, given that in the south of Salamanca and Ávila the orange level is activated, while in the northeast of the Community the temperatures will rise significantly. This upward trend will continue for Wednesday, the 15th, a day in which Valladolid and Zamora capital could reach 40 degrees, 39 in Burgos, León, Palencia and Salamanca, 37 in Soria and 36 in Ávila and Segovia. .

In addition, for Thursday, the 16th, when a slight drop in the maximum is expected, the minimum will not fall below 20 degrees in any provincial capital.

Although with uncertainty as to the moment in which the drop in temperatures will begin, the Aemet considers it probable that the end of the heat wave will take place between Thursday and Friday, due to the approach of an Atlantic storm to the Peninsula, that will displace the mass of warm air and replace it with another one of Atlantic character and cooler. It is likely that these days in the extreme north of the peninsula there will be precipitation that will initially affect the westernmost part and will spread to the east, without ruling out some more scattered precipitation or showers in the rest of the northern third, so temperatures will gradually return to their normal values.

On the other hand, Candeleda (Ávila) was again this Sunday the town that registered the highest temperature with 37.8 degrees, ahead of Vitigudino (Salamanca), with 36.5 degrees and Valladolid, with 36.3 degrees. At the Salamanca airport and in Villalón de Campos (Valladolid) 36.2 degrees were reached.

1 The young man drowned in Navacerrada did not know... 2 A man dies in an accident in Cobreros (Zamora) and... 3 Fallin' Ángels at the InterContinental hotel:... 4 Minimum agreement between Republicans and Democrats... 5 Legislative in France: technical tie between Macron... 6 Jordan Díaz's stratospheric Spanish record in... 7 Impasse forces lawmakers from Iraq's largest... 8 Spectacular performance in the cathedral of Toledo... 9 The residents of Traspinedo do not forget Esther López... 10 Ferduque presents its Rural Pride awards to young... 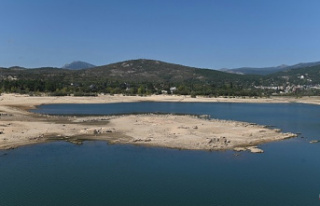 The young man drowned in Navacerrada did not know...