The head of the UEI, in an "irreversible" state

Lieutenant Colonel Pedro Alfonso Casado, 50, head of the Special Intervention Unit (UEI) of the Civil Guard, suffered wounds “incompatible” with life on Friday, sources close to him confirmed to ABC. 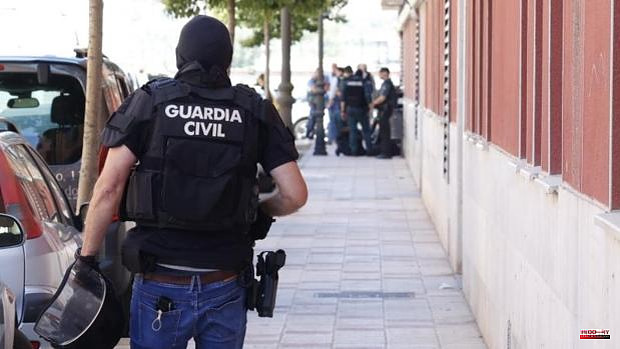 Lieutenant Colonel Pedro Alfonso Casado, 50, head of the Special Intervention Unit (UEI) of the Civil Guard, suffered wounds “incompatible” with life on Friday, sources close to him confirmed to ABC. The shot that pierced his helmet while negotiating the delivery of 'el Chiqui' in Santovenia de Pisuerga (Valladolid) caused "irreversible" injuries. Despite the fact that he underwent emergency surgery, the doctors have not been able to reverse that state. The decision is now in the hands of his family, completely devastated.

The anger and sadness are repeated among their peers. 'Perico', as everyone calls him, is one of the most beloved commanders in the Corps. He has been in the demanding elite unit for 22 years and has behind him some of the most relevant services of the last two decades.

The criminal who shot him and who earlier shot down his former friend is already in prison without bail, but that does not console anyone.

Born leader, energetic and dedicated are adjectives that are repeated when speaking of Lieutenant Colonel Pedro Alfonso Casado, a bundle of fibers and nerves that arrives first, does not miss one and leaves last. A native of Vitoria, he is what in the slang they call a lifelong 'operata', an agent allergic to dispatches and addicted to the adrenaline of the most delicate interventions in which lives are at stake. And bad guys who can get away. As happened yesterday when he was seriously injured when a rifle shot went through his helmet made by the individual barricaded in Santovenia (Valladolid).

He left the Academy of Zaragoza in 1998, the following year he entered the GAR (the demanding Rural Action Groups, pure elite) and a year later he landed in what is still his destiny: the UEI, the Special Intervention Unit, more elite, or par.

'Brothers' of the Police GEO, both units are characterized by their tactical nature and their extreme physical and psychological demands. The UEI specializes in kidnapping, hostage taking, counter-terrorism, arresting particularly violent or dangerous criminals, riots, and protecting VIPs.

Based in Valdemoro, before having to send a team to the Valladolid incident they have been deployed to the NATO summit, with some of their snipers protecting the Royal Palace, for example. The design of that operation bears the seal of the lieutenant colonel.

1 The weather in Valencia: double alert for the arrival... 2 'Passive elements' will be installed in... 3 2022 work calendar in Valencia: all the holidays in... 4 Galicia records the third largest drop in unemployment... 5 A minor of about seven years dies when falling through... 6 Sánchez already admits that there is "an economic... 7 Germany speeds up immigration of waiters and hotel... 8 Princess Leonor's new Mango dress on her first... 9 Officials say 2 women were killed by shark attacks... 10 Fundación Bancaja incorporates two works by Miquel... 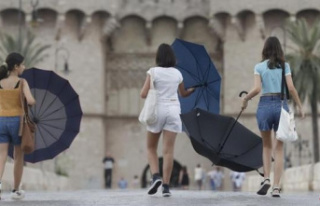 The weather in Valencia: double alert for the arrival...