The harsh reality of Marc Márquez

Marc Márquez has been tremendously realistic after the first free practice session at Le Mans. 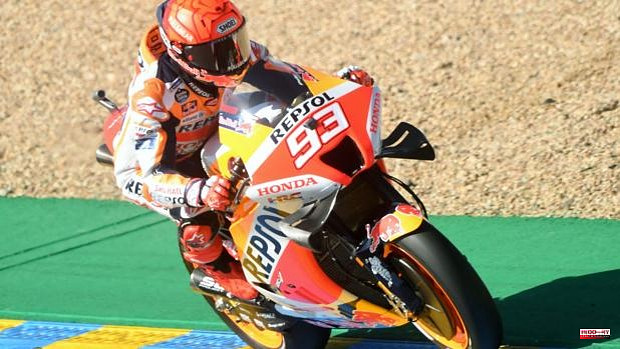 Marc Márquez has been tremendously realistic after the first free practice session at Le Mans. The Catalan has recognized that the many problems he is going through rule him out for the world title. This season he has suffered several crashes, the most serious in Mandalika, which left him unable to compete in two races (Indonesia and Argentina), and he does not feel comfortable with the bike. If his feelings are fulfilled, the ninth crown will have to wait one more season.

«Before the season starts, when you are training at home in winter, it is to get a title, or fight for it, or this is the intention. Then, when the races start, little by little, the rivals situate you: where you are and what you can opt for.

This is where you have to know how to understand what you can opt for. I tried it, I had the eye injury, then I came back in Austin. Now, these three races in Austin, Portimao and Jerez have seen that we are not here to fight for the World Championship. As much as I want, we are not. It is also understanding and setting realistic goals. You can't set the goal of winning a race when you're having a hard time getting into the 'top 10'. It would be frustration after frustration, “he began by explaining.

The Catalan added: «We are trying to set realistic goals to have small motivations, such as Jerez, fourth place. It was celebrated? Yes, because it was a realistic goal that was a very good goal and we were able to achieve it. It was celebrated because we need to celebrate things and those motivations to keep pushing. And if I get a podium, of course it will be celebrated. I hope I can talk about victories in the future, but now, today at Le Mans, and I already said it in Jerez, we are not even talking about recovering points from the leader, we are here to try to continue evolving and see if we can be as soon as possible talking by wins, pace and trying to go a little further. Was the bike better last year? Yes? Do not? Last year the races were 15-20 seconds slower. This year they are faster. The bike is doing better this year, but the others have taken another step. That's where we have to keep improving."

Márquez continues to save falls in an implausible way. This Friday will also go down in history as a day in which he did not go down thanks to his great skill. «The 'save' of the first free practice was done with my knee. Everything helps. With the elbow I have not touched the ground. I have saved her in a different way. There was a 'save' there in 2019, which was a bit different, but the real 'save' was the second free practice. That's where you really save it, you work with the body. The one in the first free practice was more luck because I stayed from the curb to the asphalt and that's when the bike was lifted », he explained. And he valued the day: «Today I pushed, I tried to be there, get a little more. Our position was eighth, ninth, tenth. With used tires we were there. It is true that when we put on the new tyre, we did not improve the lap. The best lap was with a medium tire that had 12-13 laps. Let's see if tomorrow we can make good use of the new soft tyre. We won't be in the top five, but trying to be in the top 10 would be a good result."

The Cervera rider feels grateful to Honda, which is supporting him in these difficult times: “I have always felt very good at Honda. And, above all, I felt very good when I won, but they made me feel very good when I was injured. They have respected me a lot. In fact, if I had to renew this year, the first ones I would talk to, and try to be with them, would be Honda because I think that what they have respected me during the injury is something that few factories do and I would once again give priority to Honda over any other manufacturer. The Catalan added: «I'm calm; they are calm, I think, with me. But we are working together so that the results arrive. It is clear that this contract was signed for four years to win four years, not to be injured, to be in difficulty for so many races, but let's hope that if it is not this year, which is difficult, then next year will come, but to insist, we will not they're going to win."

1 The fleet of the 52 Super Series is already in Bayonne 2 Pilar Lamadrid: «My main objective is to be in the... 3 Inflation soars in Russia in April to 17.8% year on... 4 The CAQ must better grasp the climate emergency, according... 5 MP Joël Arseneau, winner of the 2022 Louis-Joseph-Papineau... 6 A $65 million suicide prevention plan 7 Connor McDavid is 'from another world' 8 The Minister of Science visits the pioneering laboratory... 9 Aid from the Xunta to Alcoa to replace fuel with gas... 10 "Political polarization" hampered the exit... 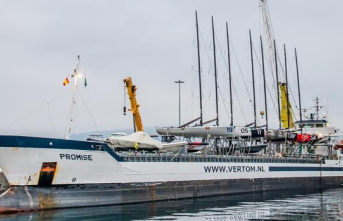 The fleet of the 52 Super Series is already in Bayonne