The greatest Borussia player of all time: Michael Zorc turned dreams into history

An era ends in the Bundesliga. 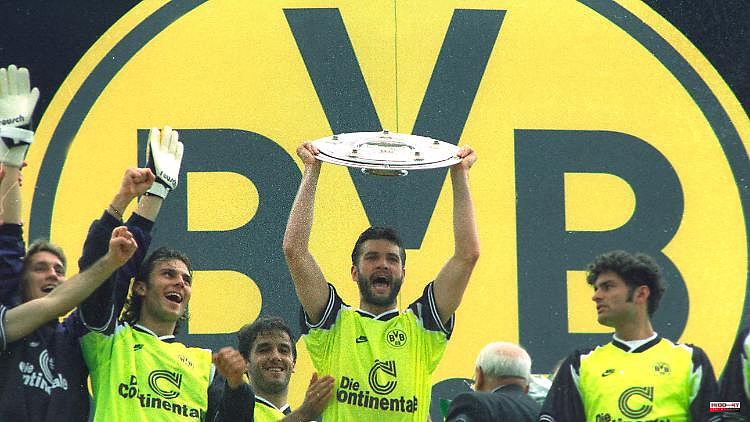 An era ends in the Bundesliga. Michael Zorc is leaving Borussia Dortmund after 44 years. The 59-year-old is the club's Bundesliga record player, gives BVB trophies as a player and sports manager, and discovers world stars like Jürgen Klopp and Robert Lewandowski. He is a legend.

Some Borussia Dortmund fans were fed up with Michael Zorc. He hadn't delivered for far too long. Now he also wanted to get rid of Mladen Petric in exchange for the mediocre at best Egyptian Mohamed Zidan. Too much before the start of the 2008/2009 season. The mood in the guest block at the game in Leverkusen was upset. Petric hadn't even thought of a change a few days earlier, he was in the mood for the new BVB under coach Jürgen Klopp. He didn't want him anymore. He needed other players for his vision of Borussia. Zorc fulfills his wish. Not everyone wanted to understand this, and others practiced fatalism.

"On the way back we all made fun of Jürgen Klopp. That ZDF beamer. That couldn't work out," remembers Thomas Schöler, who was deeply rooted in the Dortmund fan scene at the time. Borussia had seen too many coaches come and go, and nobody wanted to place high hopes in the new coach. The basic feeling of the BVB fans, who had experienced too many draws against Bochum, bankruptcies against Hannover and defeats in Bielefeld in previous years, was one without much prospect of a better future. They reveled in preventing the Schalke championship on May 12, 2007.

The mother of all Dortmund derby victories could not hide it: BVB had been able to free themselves from a situation that threatened their existence, but too many clubs had been able to overtake them. The Dortmund only had their memories. The gigantic Westfalenstadion was a memorial to the megalomania of the time under Dr. God, as they now called former President Gerd Niebaum. The stadium was rarely sold out. When the turning point in Dortmund began, there was no euphoria, only the prospect of, at best, eternal standstill in the middling range. Klopp was Zorc's last chance.

He knew about last chance. That's how it was as a player in 1986 in the relegation against Fortuna Cologne. The first leg in Cologne? 0:2 lost! The first half in Dortmund? lost 0:1. So it was 0:3 overall against Borussia. In the next 45 minutes, BVB laid the foundation for the next 36 years. Ingo Anderbrügge was put down early on in the Fortuna penalty area, Zorc grabbed the ball and sank it on the bottom right.

"If the ball hadn't gone in, we probably would have been relegated and wouldn't have known how the story would have continued," Zorc recalled these days. Jürgen Wegmann scored very late and saves BVB in the decider. That ended 8-0 for BVB and they are now leaving the early 1980s behind. Numerous changes of coach, chaotic conditions at management level in the club and a slow decay had determined the first professional years of Zorc, who had switched from TuS Eving-Lindenhorst to the big BVB in 1978. Debut under Branko Zebec. Advance praise at the U19 World Cup. It was said that he was a new Beckenbauer. He wasn't, but he developed into a leader in black and yellow. The hair was long, the times were dreary.

After the successful relegation, Borussia got on the wave. The euphoria flushed the club into the UEFA Cup in 1987 and then in 1989 to a 4-1 win in the cup final against Werder Bremen. Zorc was captain at just 26 and lifted the trophy. Zorc began to dream. Bring the championship trophy to Dortmund, win a European cup. This would be nice.

Eight years later it was the Champions League trophy. Zorc was BVB. The first Bundesliga championship ever in 1995 under Ottmar Hitzfeld, the confirmation the following year. Two years later he resigned as a club icon and Bundesliga record player. This was followed by a hasty change to the post of sports director. Without a break. Something he later regretted. A break would have done him good, he said. Instead, he immediately went to Brazil to bag his first transfer: Dedé.

As at the beginning of his career as a Bundesliga professional, these were turbulent times. He experienced how Borussia's financial situation became more and more threatening. While they were still able to throw money around in the late 90s and after the IPO in the early 00s, BVB was now in intensive care. With Michael Meier and Gerd Niebaum, the old regime was chased out of the city. Those who stayed were eyed critically.

The situation was more than threatening, the rescue in March 2005 a turning point that almost cost Zorc his job. He was part of the system that ruined Borussia, had to drastically reduce squad costs. Everything under the critical gaze of the new leadership around Hans-Joachim Watzke and in a city that saw its club continue to be in the Champions League and the national top. At the beginning of 2008 they were still a long way from that. Michael Rummenigge lurked in the background. The former BVB professional was keen on Zorc's job and had high hopes of replacing the original Borussia man. It didn't come to that. But Watzke didn't put much trust in Zorc. He only received one-year contracts and was under increasing pressure. Then came Klopp.

To kick things off, they drove to Leverkusen and saw the "Zorc Raus" posters. BVB started. Won the championship in Leverkusen and only three years later. Zorc became more relaxed, threw away all the doubts he had about his work and designed the world club Borussia Dortmund. "Fortunately, fans have nothing to say," recalls Schöler, the fan who made fun of Klopp at Bayer Cross that day. BVB's rise began with small transfers. Mats Hummels came as a talent from FC Bayern, Neven Subotic brought Klopp from FSV Mainz 05 with him. Zorc scammed Sven Bender from TSV 1860 Munich – he came in for the staid full-back Antonio Rukavina. Marcel Schmelzer joined the team from the amateurs, he brought Kevin Großkreutz back to Borsigplatz from Ahlen, and he dug up Lucas Barrios in South America. The world goalscorer, who was quickly renamed "Weltnixjäger" from the boulevard and then scored. Lukasz Piszczek came from relegated Hertha BSC as an attacking player and became a club icon as a right-back. And then there was Robert Lewandowski.

He had come from Poland. TSG Hoffenheim and Bayer Leverkusen didn't think he was suitable for the Bundesliga, Dortmund saw something in him. "Those in charge at Borussia Dortmund, especially Zorc, believed in him, nobody else from the Bundesliga," says long-time Lewandowski advisor Maik Barthel. Blackburn Rovers were interested from the Premier League, but in Dortmund the team around the Pole saw the best chance to develop the player. After a few weeks, the tabloids struck again. The "Weltnixjäger" Barrios was followed by "Lewandoofski" and a little later the first championship under Klopp. The Lewandowski transfer and that of Shinji Kagawa, who came from the second Japanese division for just 350,000 euros, established BVB as a club with an eye for special players.

"If you deal a little more intensively with the game, it's not as if Dortmund would sign completely unknown players," says Gab Marcotti in an interview with ntv.de. Marcotti has been reporting on European football for a long time. First for The Times or the Wall Street Journal, now for ESPN. "But what Dortmund did under Zorc: They not only identified the players, many clubs do that, they got the deals over the line. The question is always: How can I convince the player. Zorc dominates this side very much , very good. This persuasiveness stands out," says Marcotti.

That was Zorc. He convinced the players and always had a plan. İlkay Gündoğan, Ivan Perišić, Pierre-Emerick Aubameyang, Ousmane Dembélé, Jadon Sancho, Erling Haaland, Jude Bellingham. The stakes got higher. There were a few failures. The return campaigns by the stars Shinji Kagawa and Mario Götze were also not very successful. Other clubs began to copy Dortmund's talent development concept. The club struggled and still struggles with its own past, fell into an ongoing identity crisis, while remaining remarkably stable in sporting terms. While other clubs crashed, Dortmund's dramas about the standstill played out at the top. Zorc also couldn't find an answer to a key question. "BVB has been praised so much for its transfer policy, maybe too much, because at some point they simply forgot to hire the right coach. They didn't really succeed after Klopp," says Marcotti about Dortmund's image abroad .

None of this will bother Zorc anymore. Probably the greatest Borussia man of all time leaves the stage that never was his. "In retrospect, every former player will describe his active time as the best of his career," Zorc told Spox in 2010: "But it is a worthwhile task and a challenge to be in a responsible position to help shape the fortunes of sport at Borussia Dortmund you don't need the public applause." All of the former midfielder's actions were based on that.

No bathing in the spotlight, no appearances at the Sunday TV regulars' tables. He didn't need any of that. The applause will be all the greater this Saturday, when he will be standing on the lawn of the Westfalenstadion for the last time in an official capacity. Then, with the final whistle of the game against Hertha BSC, he will disappear from the scene and eventually reappear as a monument in front of the stadium. "He has the greatest career of all Borussia. 44 years with his club in his city - that's all," Watzke said these days to the sid and Barthel, the player advisor who once argued with him about Lewandowski, says: "It is without a doubt It's a huge loss for the Bundesliga that Michael Zorc will no longer work at Borussia Dortmund." A Bundesliga legend leaves the stage. Not only Borussia Dortmund owes him a lot. 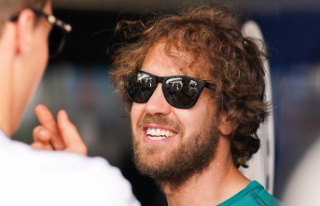