Described by Wagner as an "opera of operas", Don Giovanni is back after an absence of 20 years. 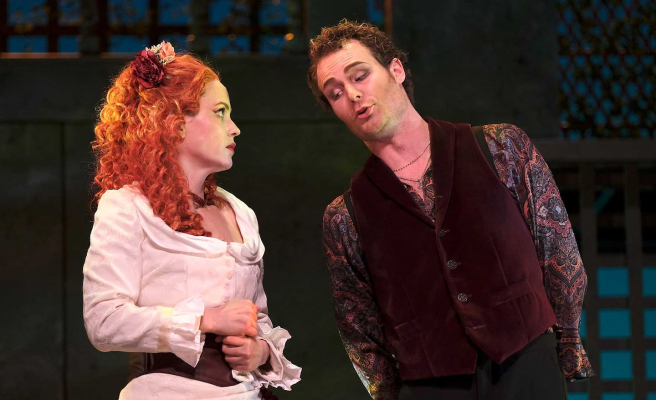 Described by Wagner as an "opera of operas", Don Giovanni is back after an absence of 20 years. The production of the Opéra de Québec offers quality voices, an effective staging and an intense finale that becomes the defining element of this work by Mozart.

On display Tuesday evening, Thursday and Saturday at the Grand Théâtre de Québec, the premiere, presented Saturday in the Louis-Fréchette room, without the obligation of face coverings, took place in a jubilant atmosphere.

Created in Prague in 1787, Mozart's famous opera was staged for the last time by the Opéra de Québec in March 2002. A more modest and contemporary production was offered in 2017, during the Festival d'Opéra de Québec , by Jeunesses Musicales Canada.

Don Giovanni recounts the descent into hell of a seducer who multiplies his conquests, abandons them and then moves on, for fun, to the next ones. The assassination of the father of Donna Anna, one of the don Juan's conquests, will be the trigger for a desire for revenge against the womanizer.

One of the main qualities of this production, directed by the theater man Bertrand Alain, is its distribution. The voices and the level of acting are of quality throughout this three-hour opera including an intermission.

We do not find, in Don Giovanni, great spectacular flights, but several beautiful moments of song, where the mezzo-soprano Julie Boulianne (Donna Elvira), the tenor Jonathan Boyd (Don Ottavio), the baritone Geoffroy Salvas (Masetto) and the bass Alain Coulombe stand out vocally.

The French soprano Anaïs Constans is grandiose in the skin of Donna Anna. She skillfully combines acting and voice as in this segment, in the first act, where she recounts her assault, realizes that Don Giovanni is the one who killed her father and asks her fiancé, Don Ottavio, for revenge.

A heart-stopping moment where the musicians of the Orchester symphonique de Québec, under the direction of Jean-Marie Zeitouni, perfectly support the emotions that inhabit Donna Anna. The soprano stands out throughout the evening.

The bass-baritone Philippe Sly offers a Don Giovanni with a lot of assurance, physical and energetic. He jumps down the stairs, twists and sings on his knees. The Quebec singer is credible in the role of the ruthless seducer and offers a very successful duet, with Florie Valiquette (Zerlina), during the well-known tune La Ci Darem la Mano.

The idea of ​​starting this work of Mozart with the death of the seducer, the presence of lightning and smoke, during the opening, brings a visually interesting perspective, where the characters, frozen, suddenly come to life to launch the first act.

The finale is dramatic, spectacular and full of intensity, when Il Commendatore, Donna Anna's father, leaves the dead to face a Don Giovanni who refuses to change.

The music is powerful and dramatic. This confrontation, with smoke, red lights and the powerful bass voice of Alain Coulombe, is grandiose and intense. The seducer refuses and will perish by the flames. The public stood up in one block to show their satisfaction.

1 Hells Spring Cleaning 2 "You can be Catholic and pro-choice" 3 Bonuses ended on Saturday 4 A swimming pool shock treatment that could have turned... 5 The 'Replacement': The US Far Right Ideology... 6 Rangers vs. Hurricanes: An Unborn Rivalry 7 Lightning vs. Panthers: The Battle of Florida 8 Blues vs. Avalanche: Rematch 9 Second round: the Avalanche are the unanimous choice 10 Oilers vs. Flames: Trench Warfare 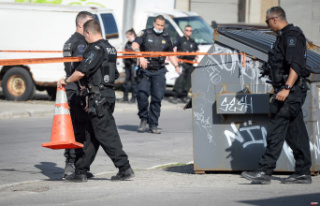