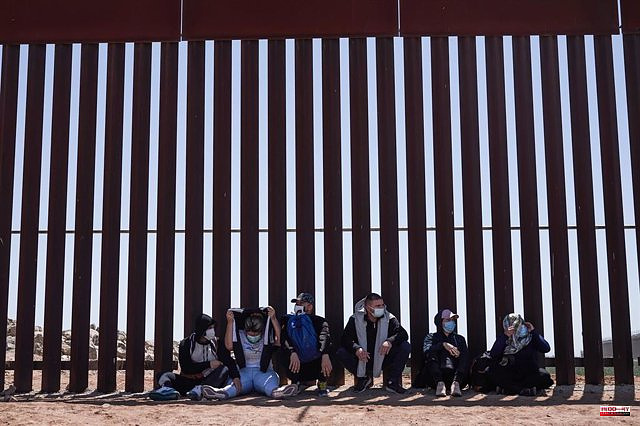 The Governor of Texas, Greg Abbott, has accused the President of the United States, Joe Biden, of ignoring federal law with "his open border policies" in the framework of the legal dispute over Title 42, which allows the Administration to deny the opportunity to apply for asylum to migrants for health reasons.

Title 42 is a public health provision promoted by the previous US Administration, chaired by Donald Trump, which authorizes the collective expulsion of any migrant and asylum seeker who attempts to cross the land borders of the United States, without an individual evaluation of their circumstances. and protection needs.

The US District Judge of Louisiana, Robert Summerhays, appointed by former President Trump, has ruled this Friday that this measure must be maintained until a lawsuit by 24 states, led by Arizona, Louisiana and Missouri, is resolved in court. as 'Politico' has collected.

In the April 3 lawsuit, filed after the Centers for Disease Control and Prevention announced plans to lift the public health order, the states argued that the policy should remain in place to prevent a "wave of illegal migration and human trafficking." of drugs," according to the aforementioned medium.

Summerhays explained in the ruling that the Administration has violated administrative procedure laws and that lifting Title 42 would cause "irreparable harm" because states would have to spend money on health care, law enforcement, education and other services for the migrants, as reported by 'The Texas Tribune'.

"While today's court ruling rejects an end to President Biden's Title 42 removals, which is a welcome development, hundreds of thousands of illegal immigrants remain at our southern border ready to flood into Texas," Abbott said. .

The Republican governor of this state has also specified, in a statement, that the Texas authorities "will continue to use all available resources and strategies to prevent this massive illegal migration."

Abbot pushed for the construction of 20 miles (32 kilometers) of new border fencing, earmarked state prisons for holding immigrants, and paid for buses to take immigrants from Texas to Washington, DC.

For its part, the Biden Administration has responded that it "does not agree" with the court's ruling, for which the White House has announced in a statement that the Department of Justice will appeal this decision.

"The authority to set public health policy at the national level should rest with the Centers for Disease Control, not a single district court. However, pursuant to the court order, the Biden Administration will continue to enforce the authority of Title 42 public health", explained the spokeswoman, Karine Jean-Pierre.

In this way, "immigrants who attempt to enter the United States illegally will be subject to removal." "The Department of Homeland Security will continue to plan for the eventual lifting of Title 42," she added.

The UN experts, who are responsible for monitoring compliance with Human Rights under these treaties and other international legal instruments, sent a letter of complaint to the United States Government regarding the collective expulsions of migrants from the country.

In the letter to US authorities, they expressed concern that their recent immigration enforcement activities against Haitian migrants likely violate international refugee law and international human rights law.

1 Giuliani testifies before the committee investigating... 2 At least one dead and dozens injured by the passage... 3 Sentenced to 36 months in prison for money laundering... 4 The Minister of Defense visits the Pentagon after... 5 Russia cuts gas to Finland 6 China: in the middle of the night, thousands of Beijing... 7 NBA play-offs: Golden State overthrows Dallas and... 8 At least three civilians killed in the Donetsk region... 9 New government: parity is respected, but the sovereign... 10 The other map of La Palma, the one of the uncertainty... 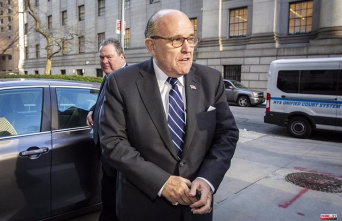 Giuliani testifies before the committee investigating...