The governments of Puig, Armengol and Aragonés open a stage of "joint" collaboration around the inventor of the "Catalan countries"

The Ministers of Culture of the Valencian Community, Catalonia and the Balearic Islands have announced "a new stage of joint collaboration" between the three autonomies around the figure of Joan Fuster, the inventor of the entelechy of the so-called "Catalan countries". 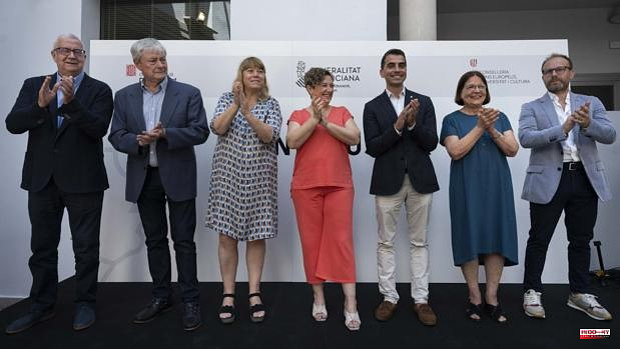 The Ministers of Culture of the Valencian Community, Catalonia and the Balearic Islands have announced "a new stage of joint collaboration" between the three autonomies around the figure of Joan Fuster, the inventor of the entelechy of the so-called "Catalan countries". This harmony has been evident in the tribute to this cultural reference of nationalism for the centenary of his birth, celebrated this weekend in Sueca (Valencia).

Fuster spread the term "Catalan countries" in 1962 in his essay "Nosaltres els valencians", and independence movement frequently uses this label, taking advantage of all kinds of cultural manifestations, the most recent, the festival of San Juan, in which the Generalitat presided by Pere Aragonés has appropriated the Bonfires of Alicante as another Catalan tradition, in the midst of strong controversy.

For Fuster, the "Catalan-speaking" areas belonged to the "Valencian Country", another term commonly used by nationalists, and his projection for the future is that they would end up integrated into the "Catalan countries".

The representatives of the governments of Ximo Puig, Pere Aragonès and Francina Armengol, in this dissemination campaign, have also announced that they seek to give it an international projection.

For Raquel Tamarit, the Minister of Education, Culture and Sports of the Generalitat Valenciana, «the celebration of the Any Joan Fuster is not only for the autonomous institutions in each of their territories, but also for the entire research, cultural and social network that has joined in organizing activities this year to disseminate and publicize the work of a leading thinker at a European level».

"In our case, one of the aspects that we are most interested in exploring is the influence of European thought on Fuster and, at the same time, we want to take the opportunity to make his work known internationally," said the Valencian minister, at the time which has highlighted the importance of "exploring their mark and influence on creators of different artistic disciplines, such as music, visual arts or performing arts in the activities carried out".

Likewise, he has claimed "the printing press that Fuster has left in the generations that have come after" and has assured that the three Consellerias "have committed themselves to promoting the figure of that Fuster that is still in force today", as reported by the Puig government in a statement.

In a more specific line of union of the three Autonomous Communities, the Minister Natàlia Garriga, the Minister of the Department of Culture of Catalonia, has spoken. "Among the citizens, everything that makes them unique from each territory is as important as everything that unites us and makes us grow as a cultural and linguistic community." In this context, "this act represents the beginning of a stage of close cultural collaboration between territories."

And he has announced more joint actions: «We are going to start working again to share culture in all its spheres in all our territories, because together we add», in addition to committing that «this act will be the first of many meetings».

For his part, the Minister Miquel Company for European Funds, University and Culture of the Government of the Balearic Islands, Miquel Company, has confirmed this front of action, due to "the importance of carrying out this act jointly between the three governments", and has highlighted "the civic commitment and the reference in the defense of the Catalan language and culture" that characterized Joan Fuster.

In the case of the Generalitat Valenciana, the commissioners in charge of coordinating the Joan Fuster Year are Francesc Pérez Moragón and Voro Ortells. As for Catalonia, the curator of the commemorative activities is Enric Sòria, and in the Balearic Islands, the programming is coordinated by Fina Salord and Damià Pons.

In this sense, the act has had a gathering, conducted by the journalist Adelaida Ferre, in which Voro Ortells, Fina Salord and Enric Sòria have participated. The three have spoken about the importance of Joan Fuster as a "cultural agitator", as well as the main lines of thought in his work. They have also developed the main objectives of the programs designed in each territory.

The act has been enlivened by the music of the Valencian singer Sandra Monfort, winner of the awards for best album and best new artist of the past Premis Carles Santos de la Música 2021, organized by the Generalitat.

1 Alfonso Lozano Megía, from Ciudadanos, takes over... 2 The reason why Rafa Nadal is the only tennis player... 3 Russian missiles strike Kyiv, as Putin warns West... 4 Pablo Laso has a myocardial injury 5 Pablo Laso, admitted after suffering a myocardial... 6 A serious mistake by Aleix leaves him off the podium 7 Juan Perro is now a poster for the 1001 Musicas cycle... 8 Quartararo wins, Aleix Espargaro is in terrible confusion... 9 Transcript: Dr. Walter Koroshetz, "Face the Nation"... 10 The PP denounces before the CAC "the use of Catalunya... 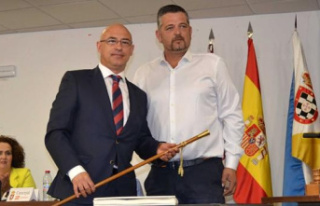