The government of Rueda: keeps all the councilors of Feijóo and places Calvo as second vice president

The forecasts have been fulfilled and the autonomous government that has finally been configured by the new president of the Xunta, Alfonso Rueda, suffers minimal variations with respect to the team of his predecessor. 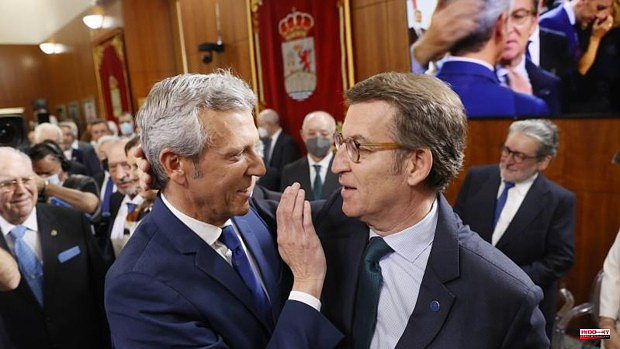 The forecasts have been fulfilled and the autonomous government that has finally been configured by the new president of the Xunta, Alfonso Rueda, suffers minimal variations with respect to the team of his predecessor. He maintains the same councilors, with some tweaks in the areas assumed by each department, and the long-awaited incorporation of Diego Calvo to the executive. It remained to square what position the provincial baron from A Coruña would assume. Finally, this Sunday the mystery has been revealed: Diego Calvo will be second vice president and councilor for the Presidency, Justice and Sports.

After taking office on Saturday as the new president of the Xunta, Rueda has announced this Sunday his government team for the remaining two years of the legislature until the Galician elections of 2024.

As this newspaper had already published, Feijóo's successor outlined an autonomous government with two proper names in the hard core, that of the aforementioned Diego Calvo and that of Francisco Conde, who, in addition to continuing as Minister of Economy, Industry and Innovation, will assume the first vice-presidency of the Xunta. "The first vice-presidency will be in charge of coordinating all government action in this field, as well as industrial policy," the Xunta detailed this Sunday in a statement.

In the Feijóo executive, Conde was second vice president, the 'number three' of the Xunta, behind Rueda himself, who was first vice president. Thus, a predictable changeover has been consummated, in which the new president has opted for the pieces to fit together naturally.

The new government, which Rueda has signed this very Sunday, and which will be published tomorrow, Monday, in the Official Gazette of Galicia (DOGA), maintains the structure of the Feijóo executive but with slight modifications in the configuration of the departments: Miguel Corgos (Treasury and Public Administration), Ángeles Vázquez (Environment, Territory and Housing), Ethel Vázquez (Infrastructures and Mobility), Román Rodríguez (Culture, Education, Vocational Training and Universities), María Jesús Lorenzana (Promotion of Employment and Equality), Julio García Comesaña (Health), Fabiola García (Social Policy and Youth), José González (Rural Environment) and Rosa Quintanilla (Sea).

In the distribution of the areas of government between the different ministries there is also a readjustment that was an open secret. Alfonso Rueda, from the presidency, will continue to directly assume the Tourism portfolio, for which he was already responsible in the previous stage. The Xunta explains that Tourism will depend on the Presidency "as a sign of the priority given to this area for this Xacobean decade." Another tweak made by Rueda with respect to the previous organization chart is the inclusion of the denomination of "youth" and "professional training" in their respective ministries, those of Social Policy and Culture, as a sign of Rueda's "commitment" to these areas.

1 Finland formally approves its application to join... 2 Italy neutralizes a computer attack by pro-Russian... 3 Catalonia has lost more than 4,300 bank branches in... 4 Delivery of heavy weapons: Zorn: Ukraine only asks... 5 Farewell to non-alignment: Finland wants to become... 6 "Pressed for treason": Russian ambassador... 7 More inquiries, more hits: interest in the Bundeswehr... 8 [IN IMAGES] Who is telling the truth? Hired in a cellar,... 9 Peace researcher Deitelhoff: "Putin and Russia... 10 García-Gallardo assures that the program for Agriculture... 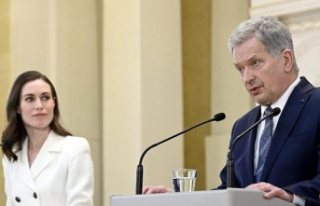