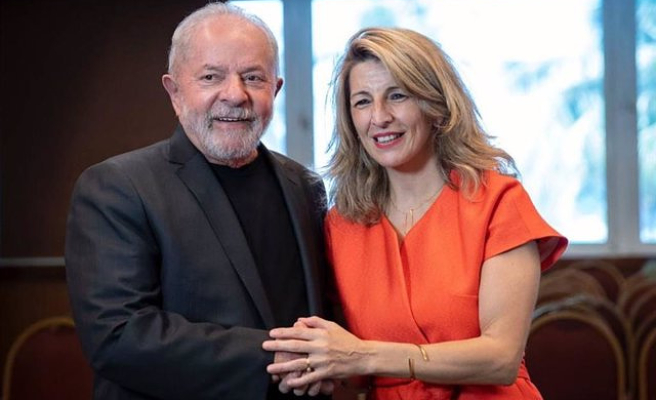 The Government has assured that the trip of Vice President Yolanda Díaz was not paid for with public funds when she went to Brazil last March and met with opposition representatives, including the leader of the Workers' Party, Lula Da Silva.

Yolanda Díaz, identified as the next electoral cartel of United We Can, traveled to Brazil at the end of March to meet in Sao Paulo and Rio de Janeiro with political and union leaders from the country, including former president Lula da Silva.

Its objective, according to what the vice president herself said in social networks, was to strengthen alliances with related organizations and present the progress of the labor reform agreed by the social agents in Spain.

The deputy Pablo Cambronero, assigned to the Mixed Group since he left Ciudadanos a year ago, asked the Government about that trip to find out if it was an official visit and who had borne the expenses.

Cambronero said he did not understand that a member of the Government would go to a foreign country to meet with the opposition in that country and he feared that it could generate a diplomatic conflict with the Government of Jair Bolsonaro.

In its response, to which Europa Press has had access, the Government avoids entering into the debate on whether it was an official or unofficial trip, but it does clarify that, although Díaz "participated in official activities", the travel expenses of the Vice President "they were not borne by the public treasury".

1 The PSOE flirts with supporting the Pegasus commission... 2 The judge of the 'mask case' cites Almeida's... 3 The Cannes Film Festival opens with an intervention... 4 Summary of More beautiful life episode 4542 of May... 5 The most chosen baby names by the Castilian and Leonese,... 6 The Public Prosecutor's Office considers the... 7 Cirque du Soleil returns to Alicante with «Luzia»... 8 20 million year old dolphin species identified in... 9 Paddocks: a situation that worries the opposition 10 Barça starts the exit operation 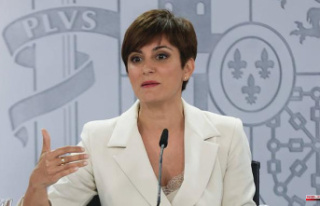 The PSOE flirts with supporting the Pegasus commission...