The Government of Catalonia catalogs the commemoration of Saint John as the "festival of the Catalan countries" in official documents. 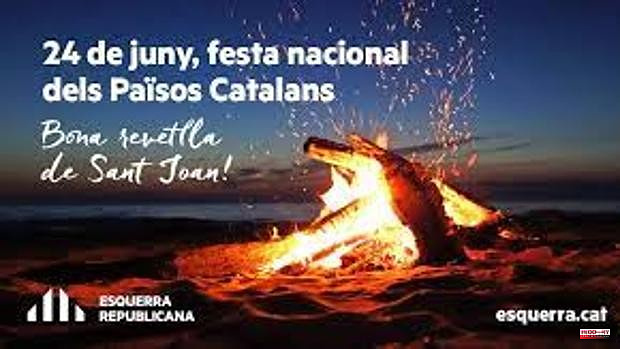 The Government of Catalonia catalogs the commemoration of Saint John as the "festival of the Catalan countries" in official documents. The Government presided over by the independentist Pere Aragonès, from ERC, includes the celebration of June 24 as the "national day of the Catalan countries" in the "Catalonia Festive Heritage" section. An entelechy in which the separatists group Catalonia together with the Balearic Islands and the Valencian Community, where the 2022 work calendar contemplates the day of San Juan as a paid and non-recoverable holiday on the occasion of the celebration of the Bonfires of Alicante.

The website of the Department of Culture of the Government of Catalonia includes different references to the commemoration of June 24 as typical of the "Catalan countries" in the section that glosses the festivals or festive elements cataloged or declared.

The Generalitat de Catalunya gathers different celebrations in localities like Terrasa, Vinaixa, Arbúcies, Igualada, Colluspina or Capçanes, in which the terminology of “Catalan countries” is used to extend to the Valencian Community and the Balearics the territorial scope of the festival of the 24 of June.

The appropriation of one of Alicante's hallmarks by the Catalan Government comes from afar. In fact, the Generalitat of Catalonia came to include the celebrations of the Bonfires of the Alicante capital as part of the "Catalan popular festivals" under the mandate of the socialist José Montilla.

The website culturcat.cat in which reference was made to the supposed "Catalan nature" of the Bonfires of Alicante and the Fallas of Valencia in the face of the barrage of criticism received. The Generalitat de Catalunya then included the commemorations of the city of Alicante in the section of «festivals of the summer solstice» of the «Catalan countries».

Along the same lines, ERC described Alicante as "the fourth capital of the Catalan countries" after Barcelona, ​​Valencia and Palma de Mallorca on the occasion of a visit by Oriol Junqueras to the province on May 11.

In the independentist imaginary, San Juan is considered the “national holiday of the Catalan countries”. In the Valencian Community, June 24 is part of the days declared as paid and non-recoverable decreed in the 2022 work calendar approved by the Government chaired by Ximo Puig after a recommendation from the regional Parliament that sought to encourage attendance at the city's festivities from Alicante.

1 Presidential 2022. Valerie Pecresse has successfully... 2 Landry. Savoie: A worker hurt his foot while working... 3 The CPI rebounds to 8.7% and disables the Government's... 4 Valerie Pecresse has reached her goal: She has received... 5 Bordeaux Metropole opens a Call for Projects to Bring... 6 Gourville, the spring colorists for award-winning... 7 The representative of Neurona Consulting in Spain... 8 Bruno Le Maire: Energy prices: There is no catch-up... 9 Possible case of monkeypox in Castilla y León 10 Ligue 1: The main events in the stands that shaped... 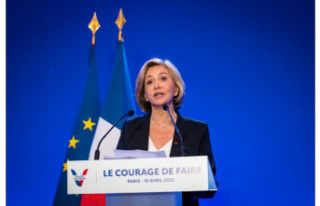