The most polyhedral investiture experienced so far in the Parliament of Galicia ended this afternoon with the least unexpected way, that of the election of Alfonso Rueda Valenzuela as the sixth president of the Xunta, the fourth of the PP, with the 41 yeses of his group and the 33 nos of PSOE and BNG. 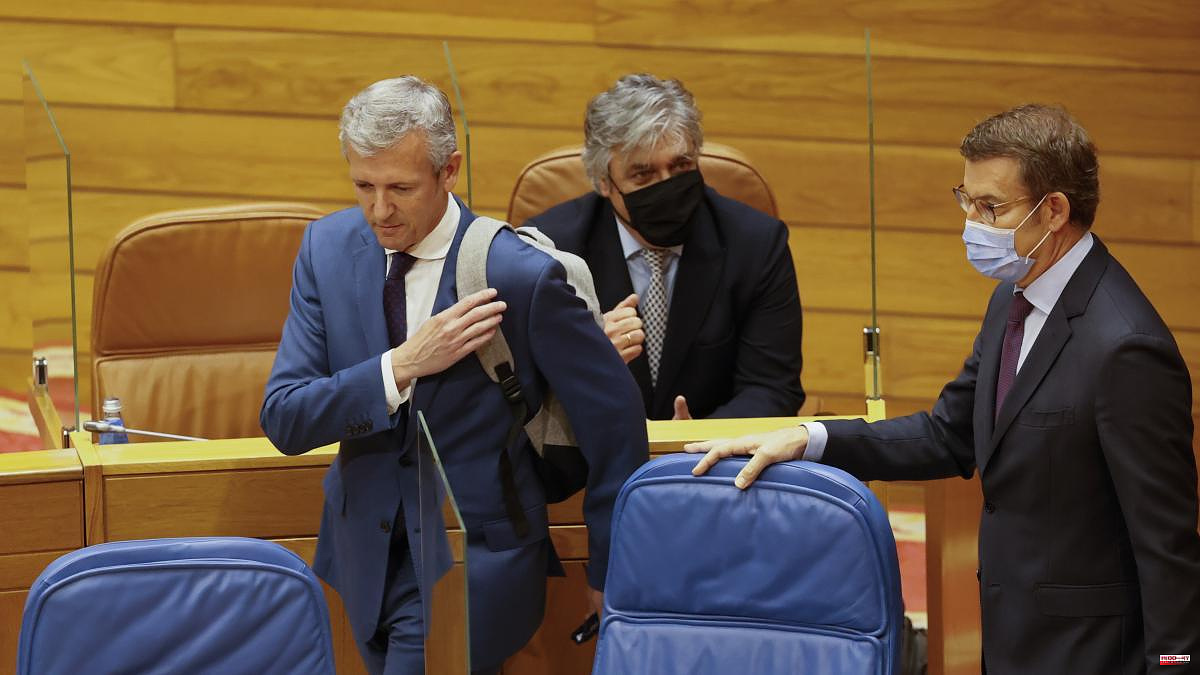 The most polyhedral investiture experienced so far in the Parliament of Galicia ended this afternoon with the least unexpected way, that of the election of Alfonso Rueda Valenzuela as the sixth president of the Xunta, the fourth of the PP, with the 41 yeses of his group and the 33 nos of PSOE and BNG. Beyond this ordinary outcome, the session, which began on Tuesday, has served for the popular Galicians to debut their new leader and strive to present the jump to Madrid of the former president Alberto Núñez Feijóo as a great benefit for Galicia, compared to the criticism from his rivals. At the same time, the nationalist Ana Pontón used most of her main turn to turn it into a kind of her own investiture, since she sees herself at the gates of power. The Socialists, immersed in their umpteenth change of leadership, were trying to keep up. And the PP, through Rueda himself, launched a slaughter against Pontón, playing the opposition of the opposition, Feijóo's favorite game.

The new president, a lawyer from Pontevedra born in 1968 and until now first vice president, was seen to be much looser, more comfortable in the responses this morning than in Tuesday's speech, correct for his clientele, but lacking in epic and emotion. Yesterday, Rueda was able to exercise for himself the role that he had fulfilled for Feijóo since in 2006 he made him general secretary of the PPdeG, number two in the party, the position that has ended up taking him to the presidency of the Xunta. It is about exercising the hammer of heretics, of BNG, PSdeG, Pedro Sánchez and their allies of all kinds.

And it was used especially against Ana Pontón with the now classic attack by the popular ones on the almost 20 years she has been in Parliament, with no other job than politics. Rueda affirmed that the nationalist leader was already a deputy when Merkel entered the chancellery, when in 2004, shooting an advertisement, Ronaldinho broke a glass of the Santiago cathedral, when Messi started in football and even when "I gave him the bottle to my one-year-old daughter, who is already in college.” The president-elect concluded that next Saturday, when he takes office in the Xunta, Ana Pontón will complete 6,144 days as a deputy.

In addition to this personal attack, there was another with which Rueda put his finger on the internal sore of the BNG by stating that he felt "ashamed" when a Galician representative, the nationalist deputy in Congress Néstor Rego, refused to applaud "who is fighting for the freedom of his people”, Ukrainian President Volodímir Zelenski, without the leader of the Bloc condemning such conduct. In the face of the war there is a clear schism between Ponton, who expressed his support for Ukraine, and the Orthodox sector of Rego. In any case, Rueda's attacks show how Ana Pontón is today the greatest concern of the popular, because for the first time since 2009 she is a leader of the opposition who has strengthened an alternative leadership, with grades above 5 on 10 and an index of knowledge among Galicians so far much higher than that of Rueda.

In this scenario, the BNG maneuvered to continue its evolution from the traditional entrenched combat positions to go out onto the plain of exposing its government program, as if it were the investiture of Ana Pontón, who came to qualify the party's PP as of "non" (not). In the 1980s, that was the way used by the very conservative socialist mayor of A Coruña, Francisco Vázquez, to refer to the nationalists. Pontón assured that despite the difficulties of ending the pandemic and the high price, Galicia has its human capital as a fundamental weapon, which would hatch with a Xunta committed solely to its development. And it had an impact, among other issues, on stopping the “wind predatory boom”, “democratizing public media” and asking for a fiscal concert like the Basque one. It reached such a point that Rueda was forced to say that the "candidate is me" and welcome him to "his virtual investiture of the worlds of yuppie that he has just invented."

"You, Mr. Rueda, are going to be an accidental president, an accident called corruption, which cost the person who denounced it his job. They don't call the elections because they know they would lose," proclaimed Pontón. For his part, the socialist spokesman, Luis Álvarez, insisted on the “obviousness” that Rueda was not the headliner in the 2020 elections, since “the candidate was Mr. Feijóo, not even the PP”, so in that affected the concealment of the initials of the Popular Party, in a campaign that had the name "Galicia, Galicia, Galicia".

Thus the PP was used to make a song of the benefits of the political movement that has caused the replacement in the Xunta, Feijóo's march to settle in the main office of Madrid's Génova street, headquarters of the PP. Pedro Puy Fraga, popular spokesman, even allowed himself the joke, in line with the thesis of the 1960s that Galicia is a colony and that, according to him, it is still in force in a large part of the Bloc, that it could be the case that “ a colonized citizen becomes the head of the metropolis, something that has never been seen in the history of colonialism”. He proclaimed that it is good for Galicia that Feijóo leads the PP because he "carries Galicia in his head" and will exercise "that leadership steeped in Galicianism."

Puy, who was unable to finish the debate due to indisposition, pointed out that “four of the last eight presidents of the United States have presided over a state before and five of the last seven chancellors of Germany have presided over a Lander”. And he assured that with Feijóo in Moncloa, coordination with the Xunta would be the maximum. For his part, Rueda declared himself "proud" that his boss had taken the step "that many people ask of him and that will take him to Moncloa without a doubt."

With this noon's vote, Feijóo's stage ends, although he reached four absolute majorities like Manuel Fraga, he did not exceed his record of 50% of the votes and spent a little more than 13 years in power compared to 15 and a half of the founder of the PP. Rueda will be the sixth president of the Xunta, since the popular Xerardo Fernández Albor also ruled for almost six years; the socialist González Laxe, just over two, and the PSOE Emilio Pérez Touriña, with almost four.

1 The reopening of the borders of Ceuta and Melilla... 2 Robles promises continuity and that those who attack... 3 The Parliament demands the resignation of Robles for... 4 Terradellas says that the Russian emissaries proposed... 5 Center and right of Canet join in a candidacy under... 6 Almeida's right hand provided an email for Luis... 7 Junts gets off the reform of the law on Catalan and... 8 The government partners register a commission request... 9 Anti-corruption archives the investigation by the... 10 A former CDC official admits the meeting of Russian... 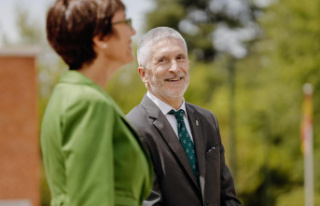 The reopening of the borders of Ceuta and Melilla...