The former president of Bolivia Jeanine Áñez, sentenced to 10 years in prison for assuming power illegally

The former president of Bolivia Jeanine Áñez has been sentenced this Friday to ten years in prison for the 'Coup d'etat II' case in which she is accused of acting against the Bolivian Constitution by proclaiming herself president of the nation in 2019. 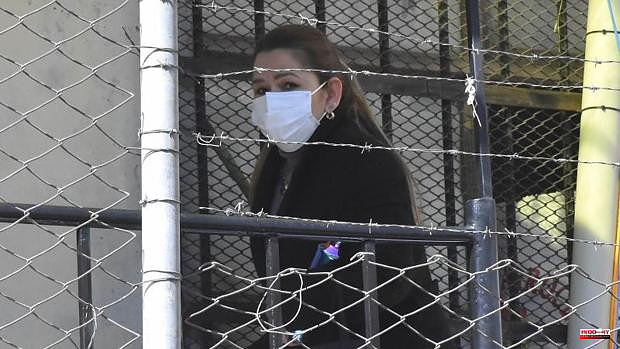 The former president of Bolivia Jeanine Áñez has been sentenced this Friday to ten years in prison for the 'Coup d'etat II' case in which she is accused of acting against the Bolivian Constitution by proclaiming herself president of the nation in 2019.

The First Anti-Corruption Sentencing Court of La Paz has unanimously sentenced the former president to a decade in prison, who has reiterated her innocence in the last statement of allegations.

Áñez, -in preventive detention since March 2021- is accused in the framework of what happened in November 2019, when the then president, Evo Morales, left office. Two days later, Áñez herself, then a senator, assumed the Presidency of Bolivia.

As expected, the sentence against Áñez has reopened the enormous political fracture that still exists in the country. Among the first reactions of the Bolivian Government has been that of the Minister of the Interior, Eduardo del Castillo, who has celebrated the sentence as a historical precedent.

“Today history was made. Mrs. Jeanine Añez was sentenced to 10 years in the Golpe II case for self-proclamation and the violation of the rules of constitutional succession in our country in 2019 in the Coup d'etat," Minister Del Castillo wrote on his social networks.

The Minister of Justice, Iván Lima, for his part, has pointed out that "a decisive phase has been completed in the process of recovering democracy" and defended that the Judicial body "in the exercise of its independence issued a sentence" framed in "the principles and guarantees of due process".

"Due process, we respect judicial independence, we hope to know the text of the Judgment, so that the parties can present the respective Appeal," he stated on his Twitter account.

On the contrary, the opposition National Unity has condemned the decision, coming from "judges manipulated by power against former president Jeanine Áñez", they describe the day as "dire for Bolivian democracy" and attack the judicial system: "There can be nothing so degrading for democracy, for justice and for citizen morality that, those who are called to impose the law, are the ones who break it for political convenience and corruption.

Regarding the chapter on NGOs, the senior researcher for the Americas at Human Rights Watch (HRW), César Muñoz, has expressed his doubts about the procedures on Twitter.

Bolivia: We are concerned about the way in which the criminal proceedings against former president Jeanine Áñez have been carried out. Any criminal investigation must be done in accordance with due process, including the presumption of innocence and be carried out in accordance with the standards established by international law », she has made known.

Muñoz argues that "the crimes for which Áñez was convicted - breach of duty and decision-making contrary to law - are defined very broadly in Bolivian legislation and have been misused by both the government of Evo Morales and the government of Áñez in criminal cases that appeared to be politically motivated.”

1 They study a possible case of monkeypox in Castilla... 2 A 73-year-old man dies in the pool of a home in Yuncler 3 El Herreriano proposes a rereading of the Sandretto... 4 2022 work calendar in Valencia: where is the holiday... 5 Journey to the bottom of the 'hole of horror',... 6 An 18-year-old boy stabbed at the La Peraleda fairgrounds 7 Two injured by cuts after a group fight at dawn in... 8 The Bulgarian national team borders on tragedy on... 9 These are the best beaches and coves in Valencia,... 10 Von der Leyen returns to kyiv a few days after the... 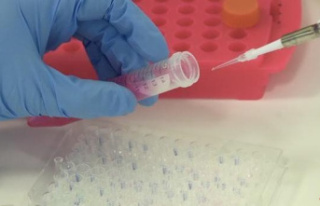 They study a possible case of monkeypox in Castilla...