The ruling published in September condemned him for obtaining and disclosing company invoices. 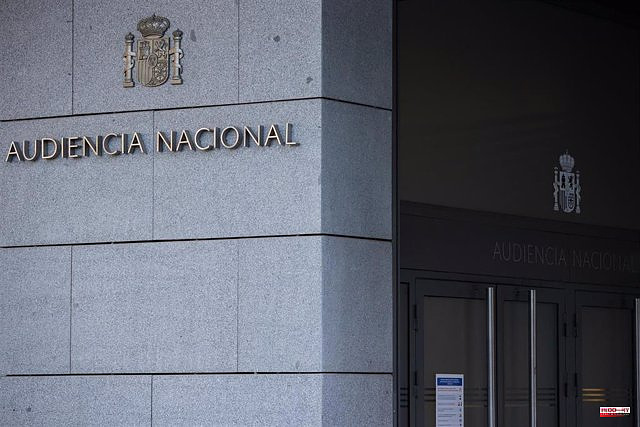 The former director of Control of Corporate Functions of Iberdrola, José Antonio del Olmo, has asked the Central Court of Instruction Number 6 of the National High Court to rule on the protection as a whistleblower that he requested last February after the Commercial Court of Bilbao has agreed to execute a judgment against him for violating company secrets.

In a letter addressed to the Court titled by Manuel García Castellón, collected by Europa Press, Del Olmo's defense urges the magistrate to make a decision about his condition in the cause of the 'Villarejo case' that deals with the alleged commissions of the energy company to the now retired commissioner.

It was in February when the former director of Iberdrola requested that the 'whistleblowing' directive be applied to him, designed to protect those who report violations of EU law, against "retaliation" by the company for being "responsible" for the actions that he has been reporting.

Del Olmo again asks the instructor to rule after Iberdrola requested the aforementioned Bilbao Court to execute the sentence of September 30, 2021 in which he sentenced the former 'controller' for "violation of business secrecy", as a consequence of illicit obtaining and disclosure of confidential energy bills.

Said resolution condemned Del Olmo for obtaining and disseminating a series of company documents that were key in the 'Tándem' case. The court considered it proven that Del Olmo illicitly obtained the copies and provided them to the media outlet, which later made the invoices public.

Iberdrola sued in 2020 against its former director for the report prepared by Del Olmo in December 2004 where it would reflect alleged irregularities and record several invoices, including one issued by CENYT, the Villarejo business group. The company maintained that it was a false 'dossier' and accused Del Olmo of document theft.

It was on May 2nd when Judge Marcos Bermúdez ruled in favor of Iberdrola's request and agreed to the provisional execution of the ruling, urging Del Olmo to cease and prohibit further acts of violation of the company's business secrets, and to deliver to it, within a month, all the documents illegally stolen from it.

In this regard, the former director's representation sent a letter to the Bilbao Court last Tuesday opposing the execution and asking "what would be the point of delivering said incriminating documents to the investigated party itself", pointing out that "these would be left to the discretion of the party, in no case prudent, falling the decision-making capacity of the course of the procedure" on Iberdrola.

In this line, and in relation to the invoices referred to in the ruling and also Iberdrola, Del Olmo's defense ensures that they were already in the record.

In the opinion of the lawyer of the former director, with his request that the sentence be carried out, the urgency and urgency of Iberdrola to recover the documents in order, where appropriate, to be able to dispose of said documentation for his benefit, and never in that of the criminal procedure, underlies.

1 Citizens demand that Sánchez defend the Monarchy... 2 "I want to die": this young couple played... 3 The emir of Qatar begins a visit of a marked economic... 4 Shanghai announces that it will overcome the Covid,... 5 The victim of the Malagueta perceived that the detainees... 6 The law will include a leave for recovery after an... 7 A map to know what our food is made of 8 Did a woman invent psychoanalysis? Ten pioneers who... 9 Musk asks for proof of the number of fake Twitter... 10 The Council of Ministers will approve the draft Law...