The first 'Tren de los Molinos' has a successful premiere, with more than 80% occupancy

This Saturday the 'Tren de los Molinos' arrived in Campo de Criptana for the first time, an initiative resulting from the collaboration between the City Council and Renfe that promotes a "sustainable" way of traveling and doing tourism. 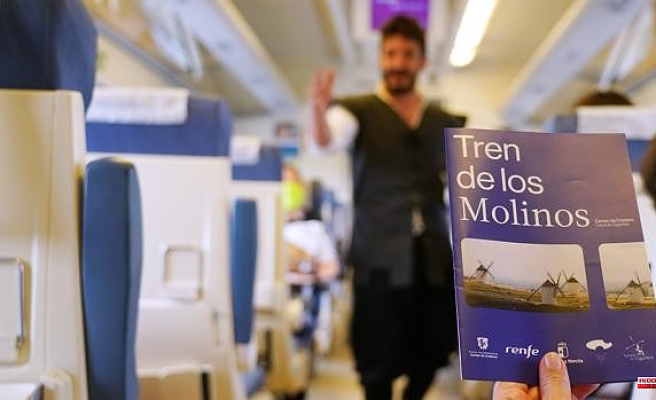 This Saturday the 'Tren de los Molinos' arrived in Campo de Criptana for the first time, an initiative resulting from the collaboration between the City Council and Renfe that promotes a "sustainable" way of traveling and doing tourism. And he did it successfully, because of the 130 tickets that went on sale, 105 were reserved, that is, there was more than 80 percent occupancy.

Travelers were able to enjoy a journey in which Miguel de Cervantes himself explained what they would find upon arrival and how this land inspired chapter VIII of his universal novel. Once in Campo de Criptana, they visited the Sierra de los Molinos and other tourist resources such as the Manchego Mill Interpretation Center or the Snow Well.

They also tasted the wine from one of the local wineries, Bodegas Castiblanque, and enjoyed the La Mancha gastronomy offered by the different catering establishments.

The mayor of Campo de Criptana, Santiago Lázaro, accompanied by the first deputy mayor, Virginia Pintor, and the person in charge of the Renfe tourist trains, David Martín, embarked on this first adventure. «The first trip has been a complete success and we are sure that it will be consolidated. It is a resource that will help us promote Campo de Criptana, La Mancha and our region, since our Sierra de los Molinos is a universal icon linked to Don Quixote”, added Lázaro. The next 'Tren de los Molinos' will leave on June 11.

1 More than one in nine COVID patients admitted to hospital... 2 Ottawa High School: Anger over 'humiliating'... 3 PSG dissociates itself from Gueye who refused to play... 4 Footballer Jake Daniels becomes the first British... 5 Barrier-free tolls between Paris and Normandy at the... 6 Law 96: the Bloc does not want to see Ottawa intervene... 7 The Buffalo supremacist intended to follow the massacre... 8 Barnett: "Bale is leaving Real Madrid, but his... 9 Biden and Mitsotakis celebrate a Greek-American relationship... 10 UPL decides to break its pact with the PSOE in the... 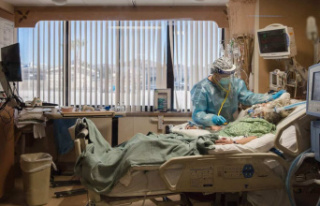 More than one in nine COVID patients admitted to hospital...