The first Russian military officer tried for war crimes in Ukraine since the beginning of the Russian invasion has pleaded guilty on Wednesday, and has admitted all the facts for which he is accused. 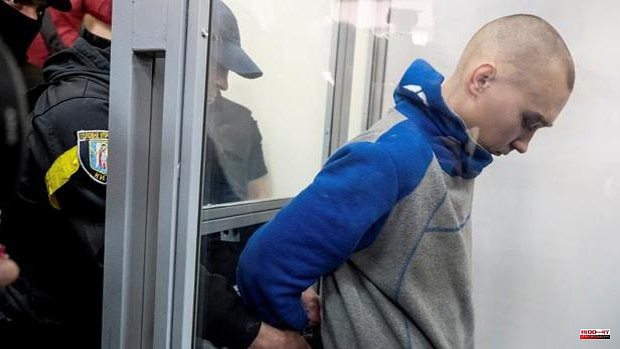 The first Russian military officer tried for war crimes in Ukraine since the beginning of the Russian invasion has pleaded guilty on Wednesday, and has admitted all the facts for which he is accused. Asked if he "unreservedly" acknowledged the act he is accused of, which includes charges such as war crime and premeditated murder of a civilian, the 21-year-old non-commissioned officer, Vadim Shishimarin, replied "yes." He understands the accusations made against him », his lawyer, Viktor Ovsiannikov, told AFP, without wanting to reveal the defense strategy.

This has been done in the first oral trial session, after the preliminary hearing last Friday. According to the Ukrainian authorities, the commander cooperates with the investigation and acknowledges the facts.

These took place four days after the start of the Russian invasion.

According to the indictment, Shishimarin was leading a unit within an armored division when his convoy was attacked on February 28. He with four other soldiers he stole a vehicle to escape.

Near the village of Chupakhivka, in the Sumi region, they passed a 62-year-old man on a bicycle. "One of the soldiers ordered the defendant to kill the civilian so that he would not report them," according to the Attorney General's Office.

According to the prosecution's account, the soldier fired a Kalashnikov from the window of the vehicle and "the man died instantly a few dozen meters from his house."

In early May, the Ukrainian authorities announced his arrest without giving details along with a video in which the soldier said that he had gone to fight in Ukraine to “financially support his mother”.

On the accusations, Shishimarin explained: “I received the order to shoot, I shot him once. He fell and we continued on our way ».

The case is complicated, says his lawyer. "We have never had this kind of accusation in Ukraine, we have no precedents, verdicts," he noted.

"But we will succeed," added Ovsiannikov, assuring that he had not found "any violation of the rights" of the accused by the authorities. 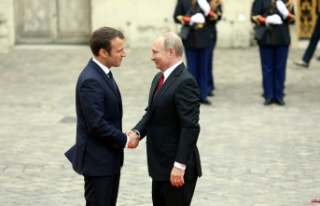