The first edition of the ISE in Barcelona exceeds expectations

The hustle and bustle that made it virtually impossible to move in some of the halls of the Integrated Systems Europe (ISE) at mid-morning on Wednesday was the final signal for the organizers. 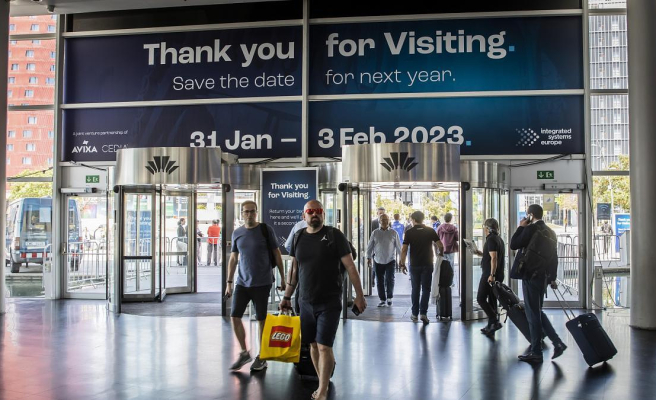 The hustle and bustle that made it virtually impossible to move in some of the halls of the Integrated Systems Europe (ISE) at mid-morning on Wednesday was the final signal for the organizers. The first edition in Barcelona of the largest audiovisual fair for professionals has been the success they expected. Moreover, it has exceeded expectations of change after 16 years in Amsterdam and two fallow due to the pandemic.

The more than 43,000 congressmen from 151 countries who have gathered in the five pavilions of the Fira de Barcelona's Gran Via venue between Tuesday and Friday have been involuntary actors of the definitive turning point for business tourism. The FFP2 masks at all times and the mandatory covid passport that still marked the past Mobile are now history. As is the image of the halls in 2021, with an entire pavilion full of mainly local attendees in front of staff in white coats doing antigen tests every 72 hours.

The future, which has already been present at the ISE, is quite similar to 2019, although with a new event in the city that is destined to become bigger every year and multiply its economic impact, as well as leave a legacy by helping grow the local audiovisual sector.

"While we all recover from the impact of the pandemic, it is wonderful to be here, in Barcelona, ​​in what we have felt like a 'normal' ISE in its new home", celebrated Mike Blackman, general director of the show when closing the doors this Friday afternoon, in what he has not hesitated to describe as a "triumphal debut in style".

High-definition screens and sound solutions have captured the attention of attendees, but most of them really wanted to meet face-to-face again with colleagues they hadn't seen in a long time. Perhaps that good atmosphere has led to fruitful business contacts highlighted by the attendees and exhibitors consulted, both Catalans who were making their debut for the first time and internationals who never miss the appointment. The only ones who were missed were the Asians, especially the Chinese, still with restrictions on entering and leaving their country.

The impeccable operation of the congress lays the foundations for a relationship that has a signed contract until 2024 but that is already taken for granted that it will be much longer. The general director of Fira de Barcelona, ​​Constantí Serrallonga, is convinced that "both the Gran Via venue and the city will boost its growth in future years". The intention is to grow every year until 2026, when the ceiling would be reached with respect to the 48,000 m2 occupied in this first post-pandemic edition. The levels of reservations before the end of the event already indicated that the figure for 2023 will be higher.

"Fira reinforces its position as the venue for leading technological events that not only leave an important economic and social legacy, but also contribute to the development and attraction of companies and business", celebrates Serrallonga. Among those responsible for the fair institution there is satisfaction with the operation of the new congress and for having been able to see, finally, in action one of the most notorious signings in the sector, which is once again immersed in constant activity after two very hard years.

1 Elon Musk pauses Twitter buyout for fake users and... 2 The gas cap will reduce wholesale electricity prices... 3 Rebound in the price of cryptocurrencies after the... 4 The Government will pay 482 million with State funds... 5 The INE corrects the CPI one tenth and remains at... 6 Naturgy's turnover shoots up 74%, to 8,100 million 7 Declaration of insolvency: a first step to cancel... 8 The Government approves the cap on gas: this will... 9 The three ‘robo advisors’ that will become your... 10 Deflate personal income tax to lower the tax bill...... 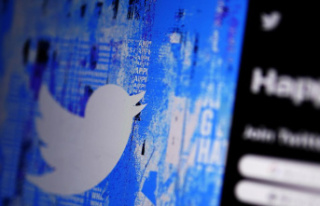