The first Canarian coin, located in a market within a lot that "no one wanted"

Santiago Medina Gil has been fond of numismatics for decades and has dedicated part of his life to it. 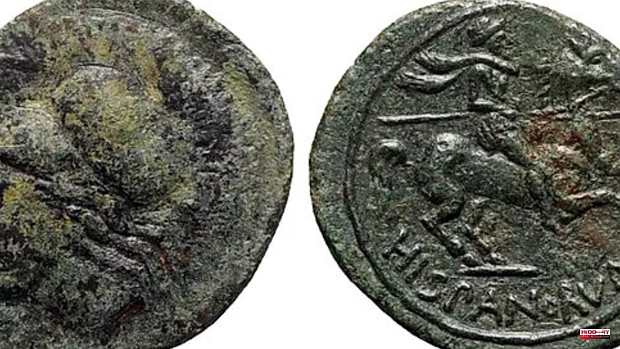 Santiago Medina Gil has been fond of numismatics for decades and has dedicated part of his life to it. Driven by this passion and investigative interest, in the 1980s he bought a lot of coins that "no one wanted" at an antiques market in Las Palmas de Gran Canaria. Today, 40 years after that lucky purchase, he has confirmed that one of the coins acquired is the first from the Canary Islands.

In that unnoticed lot, there was the first coin carved for the Canary Islands and with it one of the most important advances in recent decades in Canarian numismatics.

Santiago wants to show it to the world together with more than 30 proprietary stamps from six of the seven islands, and will do so on May 19, at 7:00 p.m., at the Cueva Pintada Museum and Archaeological Park, in Gáldar, where in addition to this finding he will present his book 'Canarias.

Coins and stamps. Centuries XIV-XVIII' (ImprimeLibres SL, Madrid), a unique journey through the island's past.

This first coin carved for the Canary Islands dates from the time of the Catholic Monarchs, and "was minted specifically for the Canary Islands," Medina details. "It is something completely unknown, something that was supposed to have happened, but there was no record." And it is that, according to the scholar, “it had always been believed that the coins that were carved for the first time for the islands belonged to the early time of contact, at the dawn of the conquest. However, the coin found was beaten with the first lights of the Five Hundred. The document in which the license is granted appears, which gives the coin itself a letter of nature.”

Santiago M. Medina was visiting a Sunday antiques market in Las Palmas de Gran Canaria in the late 1980s when he stumbled upon a batch of coins. "They were so poorly preserved that nobody wanted them," says the researcher. "I thought they were interesting, I bought them and 25 years later I was finally able to classify them." And it is that, in the course of his long process of numismatic research, Medina found the document that mentions the license granted to the Cabildo del Real de Las Palmas to carve the coin. "That is the exceptional importance of this book, despite the fact that many more coins are presented that are unpublished," the numismatist proudly affirms.

The discovery of Medina Gil has repercussions that go beyond numismatics since, as he explained, the fact that "the Canary Islands were given a specific currency implies the consideration of the islands as one more part of that national integrity that was being forging with the Catholic Monarchs. Having its own Castilian currency tries to strengthen the Canary Islands' belonging to the Castilian crown, in the face of the recent Portuguese influence”, clarifies the expert.

Santiago M. Medina incorporates this into his collection of high-value coins, with 13 specimens of this type of coins studied and catalogued. Some are part of museum collections; others have been sold at auction or belong to private collections.

After a life dedicated to travel, the author has peculiar coins from the islands after more than 40 years of active collecting and 26 years of rigorous research of period texts, excavation reports, museums, private collections and the search for numismatic evidence that supports academically based their theories and hypotheses.

Within his collection are the stamps, "a particular mark that was put on coins that were not Canary Islands, but that were converted in this way into coins that could enter the islands and have acceptance to become useful and valid coins for their circulation in the Canary Islands. The majority »are Dominican, from the former colony of Hispaniola« and the image in many of them »could not be more iconic, it is a palm tree,» explains Medina.

In addition, he points out, "it is very similar to the current symbol of the coat of arms of Las Palmas de Gran Canaria", so "it is not ruled out, therefore, that contemporary design drinks from that same source".

1 The 'Crims' program identifies the young... 2 Twelve arrested and dismantled a criminal organization... 3 Toledo and Cuenca dispute the grand finale of 'I... 4 These are the requirements to enter NATO and some... 5 World Padel Tour hopes to break all its records in... 6 Demonstration of SOS Talavera on June 12 to request... 7 They investigate two people after intervening a marijuana... 8 À Punt will stream the galas of the Alicante Film... 9 Russia considers peace talks with Ukraine broken 10 Russia announces its withdrawal from the Council of... 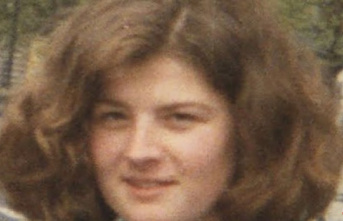 The 'Crims' program identifies the young...