The Provincial Firefighters Consortium has organized a course to train its staff in the rescue and assistance of stranded animals such as birds or aquatic mammals. 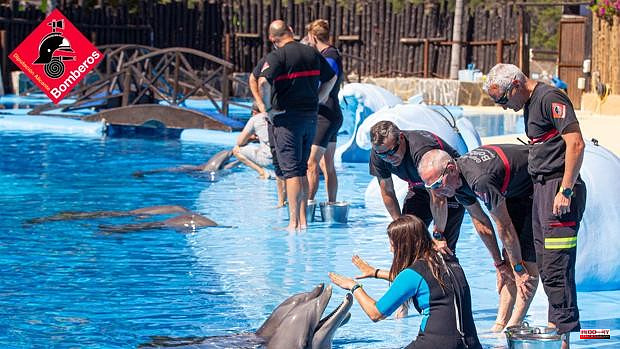 The Provincial Firefighters Consortium has organized a course to train its staff in the rescue and assistance of stranded animals such as birds or aquatic mammals. The Mundomar Park has been the space in which this theoretical-practical activity has been carried out, which is part of the learning program that the Alicante Provincial Council body develops with the aim of improving the knowledge of its troops.

"Preparing our staff to deal with situations where fauna is vulnerable is part of our commitment to nature conservation", said the deputy responsible for the area, Javier Sendra, who highlighted that the Consortium is a pioneer in receiving this type of training.

How to act against stranded dolphins or how to intervene against birds that appear disoriented in urban centers are some of the subjects that have been taught in this session, in which nearly twenty firefighters have participated, who will subsequently design a course in digital format so that the entire staff of the Provincial Consortium can do it.

So far this year, the Alicante Provincial Council firefighters have carried out more than 303 animal rescues throughout the province, of which 259 have been domestic animals and 44 protected or marine species, among others.

1 The collection of poems 'Servido en Frio',... 2 Nigerian forces are hunting for gunmen who shot 50... 3 Treasury changes for the second time in five months... 4 General USA: Ukraine will continue to receive'significant'... 5 Kazakhstani voters approve of constitutional changes... 6 The death toll from the tower collapse in southwestern... 7 US sanctions 2 Bosnian officials in connection with... 8 Iraq: A British man is sentenced to 15 years for smuggling... 9 British journalist and Brazilian expert are missing... 10 Lebanon asks the US to send an envoy to resolve their... 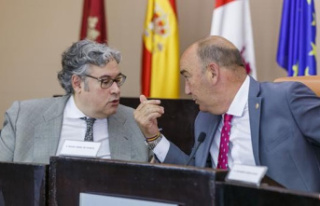