The final of the 'Champions' between Barça and Lyon, on a giant screen in Barcelona 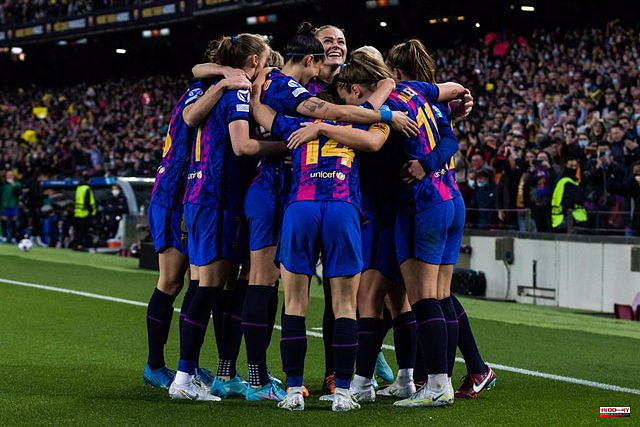 The final of the Women's Champions League between Barça Femení and Lyon this Saturday in Turin (Italy) can be seen live on a giant screen in the central Plaça de Catalunya in Barcelona, ​​as confirmed by the club and the City Council.

"Barça and the Barcelona City Council have joined forces before one of the most anticipated sporting events of the season and will jointly organize a device in one of the most emblematic places in the city, Plaça de Catalunya, so that all the Catalans and visitors can enjoy, through a large giant screen, the final", they pointed out in a statement.

Jonatan Giráldez's team, current European champion, will face Olympic de Lyon Féminin at the Allianz Stadium in Turin starting at 7:00 p.m. The sports festival in Plaça de Catalunya will start at 6:00 p.m. and will end when the match ends.

This will be the third Champions League final for Barça Femení, the second in a row. On the way to this new final, fans packed the Camp Nou twice (against Real Madrid and Wolfsburg) and set two absolute world attendance records for a women's club game.

Access to Plaça de Catalunya will be free and open, but capacity will be limited to a maximum of 20,000 people to guarantee security. The party will have ambient music by a DJ and the animation of a speaker to liven up the wait.

There will be food and drink service points, a Barça Store kiosk with official articles and a large giant screen located in front of the Francesc Macià monument, with its back to the Rambla, which will broadcast the match live from 7:00 p.m. .

DAZN, the platform that acquired the exclusive rights to the competition from 2021 to 2025, wanted to join the initiative and will provide the broadcast signal for the match, which will be broadcast globally in more than 230 countries and territories.

The Guàrdia Urbana, the Mossos d'Esquadra body and the club's security services will establish an access control to prevent the entry of dangerous and blunt objects, as well as elements such as pyrotechnics, glass bottles or rigid containers, and it will also be prohibited entry of alcoholic beverages. Once the game is over, the square will be evacuated to proceed to dismantle the operation.

1 The transport sector predicts another strike due to... 2 Roberto Díaz Pérez del Palomar from Vitoria will... 3 Oldani is inspired by Van der Poel and Contador to... 4 Formula 1, red hot in Spain 5 NATO membership: Finland and the alliance want to... 6 CaixaBank presents its new 2022-2024 strategic plan... 7 The Supreme Court files the complaint against Rufián... 8 Castilla y León goes on alert for high temperatures... 9 La Zaranda makes a scathing criticism of power with... 10 Miguel Esteban entrepreneurs have a new business center 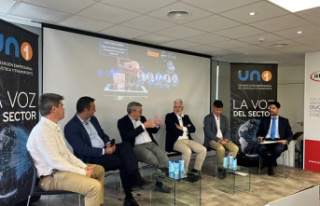 The transport sector predicts another strike due to...