The Federation works with World Sailing, the CSD and the classes to return sailing adapted to the Games

Sailing has been proposed to become a Paralympic sport again at the Los Angeles 2028 Games, after the International Paralympic Committee excluded it after Rio 2016, ending twenty-five consecutive years of participation. 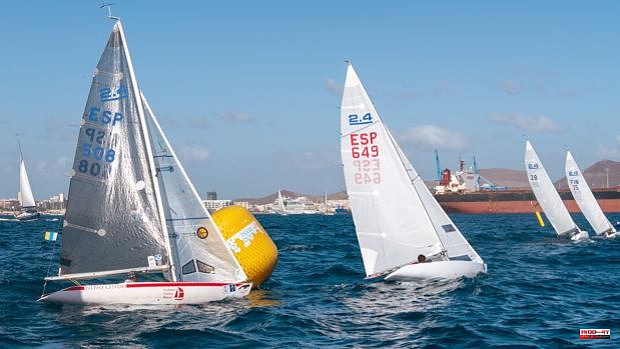 Sailing has been proposed to become a Paralympic sport again at the Los Angeles 2028 Games, after the International Paralympic Committee excluded it after Rio 2016, ending twenty-five consecutive years of participation.

It was not in Tokyo 2020 nor will it be in Paris 2024, but the World Sailing (international sailing federation) is working together with the different international classes and national federations, including the Royal Spanish Sailing Federation (RFEV), so that our sport returns to be part of the Olympic program in 2028. In this sense, the international campaign "Sail To LA" and "Back The Bid" ("Sail to Los Angeles" and "support the proposal") have been launched.

In addition, in Spain the Higher Sports Council (CSD), the clubs and other related entities, such as the Fundación Tambien, have been involved, aware that inclusive sport is essential for the development of sailors.

The national secretary of the Hansa class, Gabriel Barroso de María, RS Venture world champion, is one of the great promoters in Spain and is very clear that “Paralympic sport must be accessible to all people, regardless of their disability and his level of injury.

“There are people who, with zero mobility in their body, can handle a boat and at the same time be competitive. This does not occur in any other discipline”, emphasizes Barroso. The adapted sail, he points out, equates everyone equally: “You can participate in regattas as a person with or without a disability, all sailing with the same rules. It is an example of inclusion, demonstrating that if an environment of equal opportunities is created in sports, in the work or academic environment, ability prevails, not physical characteristics”.

Javier Sanz, president of the RFEV, highlights the need to “give maximum support to this campaign to make Paralympic sailing a reality again. We have not stopped supporting adapted sailing in Spain and it is undeniable that as a sport it perfectly complies with the Olympic spirit, which is why we believe that it should never have ceased to be a Paralympic class”.

The president of Fundación Also, Teresa Silva, is very optimistic about the reinstatement of sailing in the Paralympic program: “I am sure that we will return. It is a sport that cannot fail in the Paralympic Games. If there is something about sailing, it is that a person with a disability can sail like any other”.

The current Spanish 2.4mR champion, Jordi Cargol, has been working towards this goal for years: “Getting to the Paralympic Games would be the best for me. I'm going to keep fighting to achieve it and never stop sailing”.

The last Spaniards to participate in the Paralympic Games, Rio 2016, were Arturo Montes (ninth in 2.4mR), Sergi Roig and Violeta del Reino (ninth in Skud18) and Paco Llobet, Héctor García and Manuel Gimeno (fourteenth in Sonar) .

1 Toledo and Guadalajara will open almost a hundred... 2 They hid 215 kilos of cocaine in sacks of white sugar,... 3 pride! Barcelona returns to the streets with the intention... 4 “It is aberrant that a person with PF treats me”:... 5 Four vehicles burned in the Señoría de Illescas... 6 Iberaval returns to the path of growth despite the... 7 Santa Olalla donates to Tea Talavera the collection... 8 Joao Almeida leaves the Giro after testing positive... 9 The alert of Margarita del Val, Pedro Cavadas and... 10 The independence movement, insatiable and scathing... 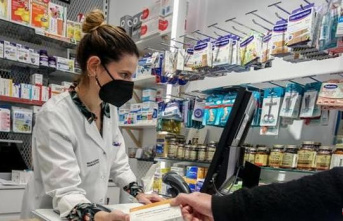 Toledo and Guadalajara will open almost a hundred...