If there is an emblematic case in the hands of the Special Justice for Peace (JEP) that is 01. 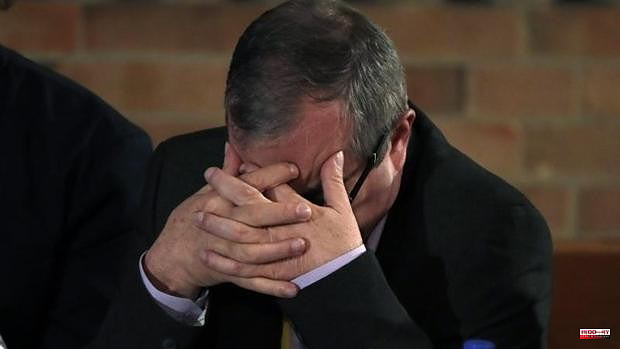 If there is an emblematic case in the hands of the Special Justice for Peace (JEP) that is 01. The first of all the horrors processed by this transitional court of justice, created by the Peace Agreement signed in 2016, to judge crimes most atrocious events during the Colombian armed conflict: kidnapping.

Case 01 was opened on July 4, 2018, and the JEP charged the former FARC-EP Secretariat with charges for these crimes, which occurred between 1993 and 2012. The charges for “crime against humanity of serious deprivation of liberty and crimes of hostage-taking war” that the JEP Recognition Chamber charged them with in January 2021, come from the review and contrast of the 17 reports received from the State and civil society, more than 1,000 observations from the 2,456 victims accredited, and of the individual or collective versions of members of that guerrilla.

It is a macro case because it has a pattern, practice or policy developed over time by an armed organization and in which thousands of its members participate, Judge Julieta Lemaitre has said. This means that this case 01 is really made up of thousands of events that took place in different circumstances, times and places.

This Tuesday and for seven hours, the hearing focused on the Secretariat's leaders recognizing a pattern in the events, as a result of the policy of depriving civilians, police officers and soldiers of their liberty in order to force the exchange for imprisoned guerrillas, and the approval of an exchange law. Attentive, the victims awaited the pronouncements of Timochenko and the other six of his companions who led the guerrilla, currently demobilized.

«I come as the last commander of the disappeared FARC-EP and a member of that highest leadership of the FARC, to recognize the adoption and execution of the kidnapping policy within the disappeared FARC. Acknowledgment of war crimes and crimes against humanity of a non-amnesty nature, in accordance with the facts and conduct determined by the Acknowledgment Chamber”.

This was what Timochenko finally said, the alias by which Rodrigo Londoño is known, today head of the Partido Comunes and, until the signing of the agreement, the top leader of that guerrilla. He asked all the former commanders to give all the information and contribute everything they know because "a lot of truth is missing," as he pointed out. He also accepted that, during the kidnappings, the victims were cruelly treated and sexually abused. Then, the other members of what was the dome, took the floor and one by one accepted their responsibility.

The victims were attentive to this acknowledgment of responsibility, a meeting for which victims and executioners have prepared themselves in meetings, joint workshops and very hard conversations in which they have even had the support of psychologists. Reaching this week of public appearance has behind it a fundamental job to clarify the truth and, as the victims demanded, reparation because they all agreed that they have not received any from the FARC.

With the image of Police Sergeant César Augusto Lasso, who brought to the audience the chains with which he was tied around his neck and put them back on in front of his perpetrators to demand that barbarism not be repeated, on Tuesday, June 21, they formally ended the euphemisms: they were not detentions or deprivations of liberty, terms with which members of the demobilized FARC guerrilla have tried so many times to camouflage the meaning of this crime and their responsibility. They were kidnappings. Seven hours of evidence, which this Wednesday the 22nd and Thursday the 23rd must continue with the process of accepting charges.

The word “kidnapping” still sticks in their throats a bit, a drowning that is not comparable to that of the relatives of 21,396 kidnapped by that guerrilla, who began with this practice depriving members of the public force of their freedom to exchange them for their political prisoners. From there he went on to kidnap civilians, ranchers, farmers, merchants, regardless of age, condition or context. The kidnapping of a country that never tires of repudiating it.

What follows, after this week, is the evaluation of whether the reconnaissance made is sufficient and meets the criteria. Then, within three months, the Tribunal for Peace will define, with the support of the victims, the sanction they will receive. And then it will be known whether or not the defendants maintain their seat in Congress.

1 The first shipment of heavy weapons from Germany arrives... 2 The email address behind which Putin's great... 3 The Republican Party calls for a referendum to make... 4 "I will not break my oath": the Republicans... 5 50,000 workers join worst UK rail strike in 30 years 6 Split in the 5 Star Movement: goodbye to Minister... 7 The classic is renewed to continue being the first... 8 Senior professionals: opportunities for continuing... 9 These are the cheapest hours of electricity this Thursday,... 10 The Bank of Spain warns about postponing payments... 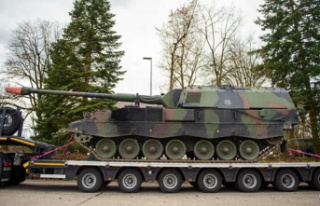 The first shipment of heavy weapons from Germany arrives...