Deceived by their own relatives. 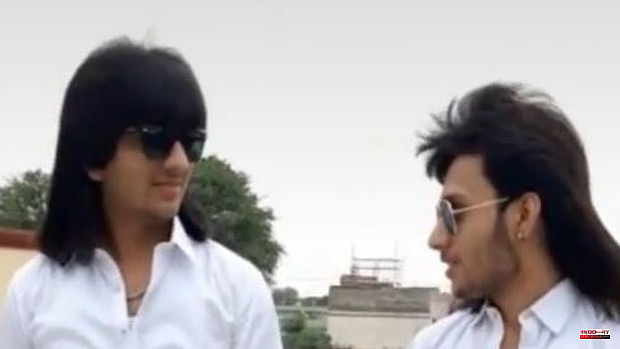 Deceived by their own relatives. Uruj and Anisa Abbas, 21 and 24 years old, the two sisters from Tarrasa (Barcelona) traveled to Pakistan, where they were murdered. The trap consisted of telling them that her mother was on her deathbed and she wanted to see them one more time. It was not true. There six relatives, including two of her brothers, killed them for wanting to break their forced marriage with two cousins; an 'honor killing'.

The lives of the two young women, who after years of confinement and control by their father and brothers, had abandoned the family home, ended in a remote village and put an end to a life of a certain normality in Spain, with the couples who had chosen, and not with those that their family had imposed on them.

As reported yesterday by the newspaper 'Dawn', from Pakistan, the murdered girls were victims of emotional blackmail that ended their lives, a "trap", as defined by the local police. It all started a couple of months ago, when Azra Bibi, the mother of the victims, traveled from Spain to Pakistan worried about the whereabouts of her youngest son, Fakhar Abbas. She had not heard from him for a long time and her concern was logical since she already knew what it was like to lose a child, since in 2015 the eldest brother of the family drowned in a canal at the age of 18. Azra Bibi left her husband, Ghulam Abbas, in Spain and she traveled to the town of Gujrat, in the province of Punjab, where she was awaited by a plot organized by some members of her family to assassinate her two daughters. her.

The girls, settled in Tarrasa for years, rejected marriages with their cousins ​​from Pakistan and had repeatedly demanded a divorce. This demand did not sit well with her family in Punjab, who wanted them to speed up the bureaucratic process for their husbands to move to Spain. So the girls' two older brothers, Shehryar and Asfandyar Abbas, took her mother in Gujrat and held her incommunicado for another two months in order to worry her sisters. Under the pretext of 'defending her family's honour', they called Uruj and Anisa and told them that her mother was very ill and that they should go to Pakistan right away to say goodbye to her. Once there, they were dragged away by one of their brothers, two uncles, their two husbands (named Atiq and Hasan) and their in-laws, who placed scarves around their necks to suffocate them. They were then shot in their sleep, according to local authorities. All of this happened in front of the mother and children who lived in the house, who were thus eyewitnesses to the brutal murders.

Now the Mossos d'Esquadra are investigating whether the relatives of the victims who reside in the Barcelona municipality acted as necessary collaborators in the crime. That is, if they participated in the deception of both young women, knowing that the objective of the trip was to kill them. If this has not been the case, or if it cannot be proven, the investigations have no course, since both crimes were perpetrated outside Spanish territory.

Among the relatives who gave a statement yesterday at the Tarrasa police station, the father of both, 52 years old, who remained in the police station for more than two hours, after his appearance had to be postponed on Monday because he did not have a translator Urdu – language spoken in Pakistan. In addition, as ABC has learned, the investigators also took a statement from at least one other brother of the victim and one of his uncles.

These investigations have been carried out by the agents at the request of the chief prosecutor of the Tarrassa area, who initiated investigation proceedings yesterday morning, reports Isabel Vega.

Coordination with the Pakistani authorities is being slow. In fact, the Catalan Police have not yet received the autopsy reports of the victims.

As for those arrested in Pakistan, the chief of the Gujrat District Police, Ata Ur Rahman, explained yesterday that he expects the maximum punishment to be applied to the alleged murderers of the two sisters; that is, the "death penalty". “We have obtained strong evidence at the crime scene,” he assured.

1 Valdepeñas offers seven concerts with wine tasting... 2 Tsonga: "I finished as I wanted" 3 Tour of Italy: Guillaume Martin in pain 4 Ice hockey: France ends the 2022 World Cup on a quack,... 5 Roland-Garros: Nadal in the evening, Djokovic on the... 6 Alcaraz, Parry, Moutet: 5 reasons to follow Wednesday... 7 At least two children killed and twelve injured in... 8 Basketball: Villeurbanne surprised by Cholet as soon... 9 Europa League Conference: "It would be surprising... 10 Gaston: "I'm not a robot, but I'm very... 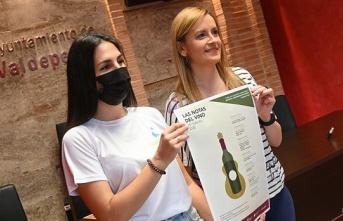