The families attack the shipowner: "It was not just any maritime accident"

The tension between the relatives of the twenty-one sailors who died in the Villa de Pitanxo shipwreck and the ship's owner is increasing. 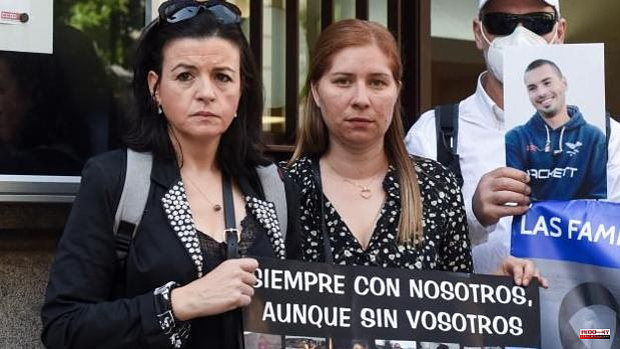 The tension between the relatives of the twenty-one sailors who died in the Villa de Pitanxo shipwreck and the ship's owner is increasing. The announcement that the Norés Group intends to be an injured party in the cause of the accident ended up heating up the spirits among the victims' environment, who yesterday charged hard against the shipowner for what they described as a "very painful" movement. Waiting for the National High Court to decide whether to accept the claim of the Marín shipowner —something incompatible with having some kind of responsibility in the incident—, the families assure that the only ones harmed are them, that they are "broken" and they are the who really want to know "the truth."

The relationship between them became rarer shortly after the ship sank in the waters of Newfoundland, on February 15, when the version of the third survivor came to light. Samuel Kwesi's statements revealed alleged pressure from the boss and the Norés Group just a few hours after he was rescued from the boat where he saw most of his companions die of cold and get lost in the water. . According to the Ghanaian fisherman, Juan Padín, the skipper, asked him not to tell the real causes of the accident and to bow to the official thesis, constructed by the shipowner and the captain. The crew members of the fishing boat that rescued the three survivors, the Playa Menduíña Dos, acknowledged that they witnessed these pressures and reported a conversation to convince Kwesi to hide how the shipwreck had been managed. There was also, they found, a call from the shipowner with a similar purpose.

The words of the sailor were supported by the statements of several family members who reported the alleged negligence detected on board not only on the day of the tragedy, but also in previous days. Among them, and as reported by ABC, the mistreatment of sailors infected by Covid, locked up attending to these stories in a kind of storage room without insulation and with a cardboard lying on the floor as a cot. Now, and waiting to know the arguments that the Norés Group uses in its request before the National High Court, secret at the moment, the relatives of the crew members who perished in the shipwreck demand that they go down to the wreck to assess their condition and collect evidence that Help find the real cause of the accident. It is the only way, they say, to clarify the dance of versions between one and the other and to know how the maritime catastrophe was really forged.

His demand is for a robot to descend to the ship and thus find out which mechanism failed: whether the ship's engine, as the skipper defends, or the winches that pick up the gear, as Kwesi stated. The last attempt for the search to be carried out taking advantage of the good weather in the area will be done before the authorities of the Halifax Rescue Coordination Center of Canada, with whom, according to the Government Delegation in Galicia, they will speak electronically. "in the near future". Delivered to the investigation of the ship, the daughter of one of the deceased sailors, María José de Pazos, reproached yesterday the Ghanaian has always insisted on the need to search for the sunken ship, while the other two survivors (Padín and his nephew Eduardo Rial) have not requested it, nor has the shipping company. "With the words, each one retracts," he said about the new turn of events and with his mind set on the employer's statement next Tuesday at the National Court as the only one investigated for the incident, the worst in Spanish maritime history. the last forty years. “It was not just any maritime accident. There are very clear indications, as a magistrate of the National High Court said," the spokeswoman for the families launched yesterday to those who, in the opinion of those affected, are trying to turn what happened.

With Padín's statement set for the 31st, the same day on which Rial and Kwesi will provide their version as witnesses, the issue of jurisdiction over which court should take charge of the complex investigation remains up in the air. At the beginning of last month, the judge of the National Court Ismael Moreno agreed to refer the investigation into the shipwreck to the courts of Marín, indicating in his order that he saw signs of "at least 21 crimes of homicide due to serious negligence and against the rights of Workers". However, the Marín court refused to take charge of the case, as it did not see itself as competent, so now the AN began the proceedings, waiting for the Supreme Court to make a statement. The progress in the investigations, which explains the next taking of statements, connects with the doubts that the Madrid court generated from the employer's explanations. The suspicion focuses on the time at which the skipper stated that the engine stopped, and that does not coincide with the speed with which the ship was sailing at that time. A good part of the interrogation to which the captain will be subjected in a few days will revolve around this fact, and in which he will have to face the accusations made by the sailor Samuel, who states that the engine did not stop, but that the winches that collect the rigging stopped working well, tensioning but not picking up and causing the list. The crew, he maintains, angrily asked the captain to release the gear, but he refused. Later, with the ship very tilted, the engine was stopped and the list to port increased. Samuel stressed that at no time did the captain give an order to put on the survival suits, although he and his nephew were wearing them when they all arrived at the bridge.

For the families, in tune with the doubts raised by the Court, the accident "is not just another shipwreck", but could be hiding twenty-one crimes of reckless homicide, one for each sailor who lost his life in the Newfoundland tide .

1 The UCLM saved more than 242,000 euros on the electricity... 2 The King demands prudence from Don Juan Carlos 3 They spread the photograph of six of the murderers... 4 The weather in Valencia: the heat wave gives way this... 5 Up to 21 years in prison for the crime of the disappeared... 6 Iñaki Arteta, after the call to boycott: "Independence... 7 A chair brings together all the universities of Madrid... 8 The church of San Miguel de Talavera enters the Red... 9 The university will offer a master's degree in... 10 Prado, on the appointment of Feijóo: "You can... 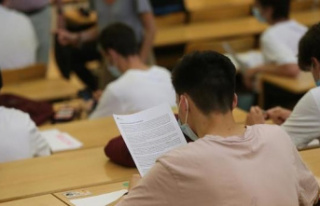