The 'explorer' robot designed to anticipate problems in electrical substations

Iberdrola and the technology company Arborea Intellbird from Salamanca (creator of the Aracnocóptero) presented this Thursday the Antecursor I robot, a revolutionary inspection system that "autonomously anticipates" the maintenance needs of transformer substations. 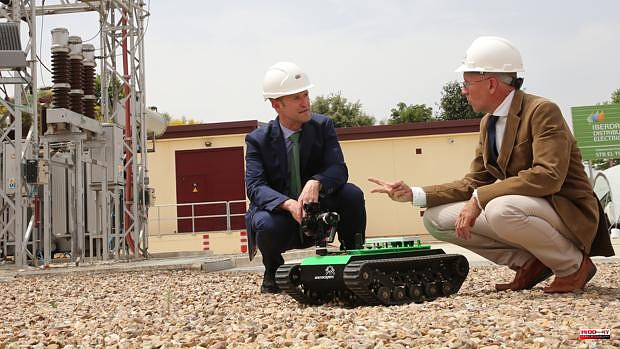 Iberdrola and the technology company Arborea Intellbird from Salamanca (creator of the Aracnocóptero) presented this Thursday the Antecursor I robot, a revolutionary inspection system that "autonomously anticipates" the maintenance needs of transformer substations. The executive director of Arborea Intellbird, Carlos Bernabéu, has explained why it receives this name: "The forerunners were troops that were set in motion by Caesar to go ahead of the Roman legions, anticipating problems and choosing the best routes so that , later, the legions could transit without setbacks». In the same way, "the robot anticipates the maintenance processes and takes data from a substation, going through all the critical elements and sending the information through the 5G network, which allows us to reach its destination in real time."

In this way, the "high-quality digital information, which integrates many of the robot's sensors" reaches the Arborea Intellbird control tower, in the Science Park of the University of Salamanca, where it is processed. This makes it possible to generate predictive maintenance processes, "that is, anticipate problems, order these problems in the form of a risk ranking and act at the lowest possible cost with maximum efficiency", Bernabéu highlighted.

Thanks to the technology of the company from Salamanca, the data is used to build a digital twin and detect, measure and quantify anomalies. Additionally, the data is sent, also in real time, to several Iberdrola decision centers. The 5G network also allows, if necessary, to take manual control of the robot, which makes its route autonomously live.

The autonomous monitoring of a substation allows incipient faults to be detected more quickly and efficiently, which is an advantage, also in the event of an emergency that requires immediate monitoring. "The fact of having an autonomous robot in the substations allows us to reduce the CO2 load of all activities associated with maintenance, which is in line with Iberdrola's sustainability strategy," he added.

In this context, the Antecursor I robot poses the "new challenge" of "completely autonomous" inspection, which is supported by software platforms to which artificial intelligence can be applied.

In addition, the robot is based on a biomimetic patent that mimics the behavior of the genet. «This nocturnal predator of our oak forests is capable of moving in complete darkness, without needing to see the branches to which it jumps, looking for birds. The robot does the same thing: it does not need to see where it is going to know where it is", they indicated, in a presentation at the 'El Torrao' substation in Zamora together with the delegate of Iberdrola in Castilla y León, Miguel Calvo, who was proud of the "bet" on Zamoran territory.

"We are presenting a strictly technological product, focused on from the University of Salamanca, with a company from the region, which helps us to improve the quality of supervision", recalled Calvo, who underlined that the use of Antecursor will also mean "a greater safety” for workers, “to the extent that a machine can do a job and we eliminate that risk”, he explained. "Everything has as a byproduct the reduction of the CO2 that we emit into the atmosphere, since these autonomous systems allow us to do it in a much more efficient and environmentally friendly way," he commented.

In recent years, Arborea's drones have thoroughly audited more than 4,500 blades from Iberdrola Renovables' onshore wind farms in Spain, Portugal and Mexico. This inspection platform has created digital twins of these thousands of blades, which has made it possible to considerably reduce Iberdrola's maintenance costs by helping to efficiently discriminate those blades in the worst condition.

1 This is how the case of sexual abuse of a minor by... 2 Quiñones stresses that the Housing Law "is interventionist... 3 Elche prohibits bonfires on its beaches during the... 4 Compromís gives its “unconditional support” to... 5 Who is Mónica Oltra's ex-husband and why was... 6 A new Oscar for the Management of Alcázar in one... 7 The Provincial Council asks the mayor of Elche to... 8 PP, Vox and Citizens demand the cessation of Monica... 9 A bulldozer driver injured by burns on his hands 10 New scare to the hoteliers of Benidorm by the "Big... 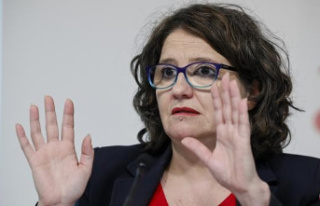 This is how the case of sexual abuse of a minor by...